15 September 2013
Mojdeh Delshad, The University of Texas at Austin 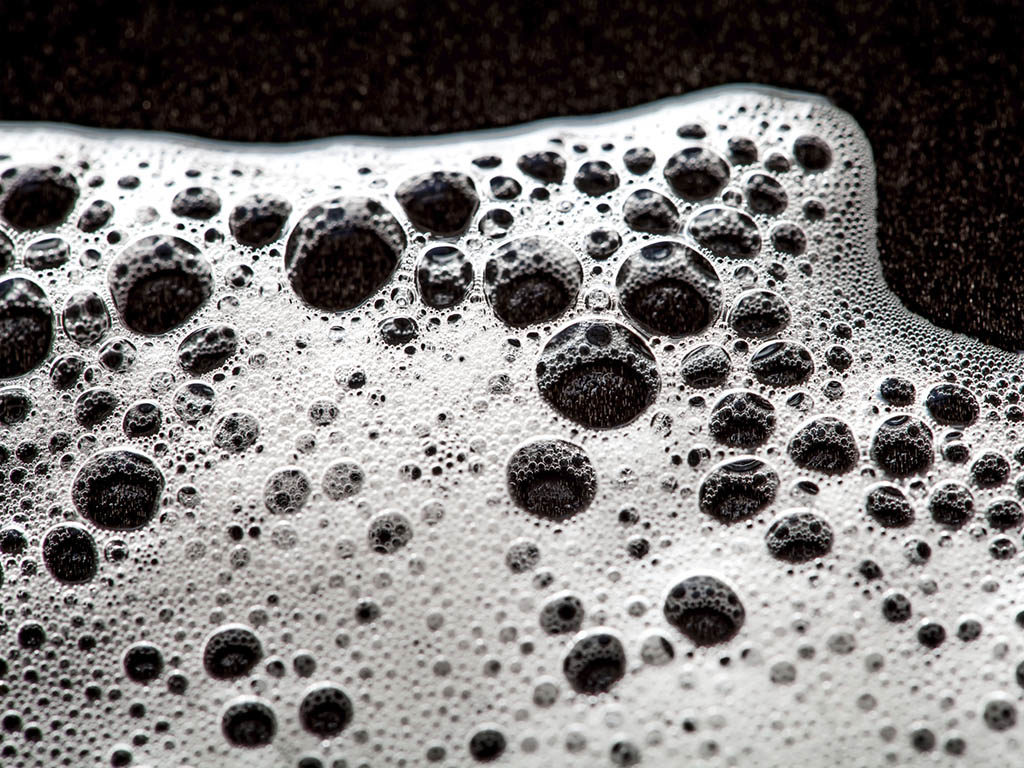 Most reservoirs in the US under operation by small producers have become mature due to extended waterflooding. In fact, an estimated 80% of the total number of oil wells in the US are now classified as “marginal.” The mature reservoirs accessed by these wells usually have a high water cut, in the range of 80% to 90%. Also, the industry typically leaves about 65% of oil behind after many years of waterflooding because of reservoir heterogeneity and incomplete sweep of the formation.

Controlling water production has been a challenging goal for most oil producers.

Reservoir heterogeneity severely affects the flow of gas, oil, and water in the reservoir and thus affects the choice of production strategies, reservoir management, and ultimate oil recovery. Reservoir heterogeneity is the single most important reason for low oil recovery, early breakthrough, and excess water production. To maintain reservoir pressure, these reservoirs have usually been developed by waterflooding from an early stage in their development. Many of them have been hydraulically fractured, intentionally or unintentionally, or have channels due to mineral dissolution and production during many years of waterflooding.

Reservoirs with induced fractures or high-permeability channels are quite common in mature oil fields. Resin, foam, polymer/gel treatments, and/or polymer flooding are among enhanced oil recovery (EOR) techniques typically used to correct the reservoir heterogeneity and improve oil production. Chemical EOR (CEOR), involving alkali, surfactant, and polymer chemicals, is currently gaining some attention in the oil industry to mobilize and recover large amounts of both unswept and residual oil from mature oil fields.

CEOR includes the injection of a mixture of chemicals to improve sweep efficiency and produce residual oil saturation left behind in the swept volume. The following are some of the barriers to widespread implementation of CEOR:

However, there have been several crucial improvements to increase the widespread application of CEOR processes. Examples of these improvements include better geological description of oil reservoirs; improved reservoir simulation; horizontal and multilateral wells; more efficient and better quality polymer and surfactant molecules that are stable at higher temperatures and higher salinities (Fig. 1); new cost-effective CEOR processes, such as alkaline/co-solvent/polymer, and the use of surfactants for wettability alteration in carbonate reservoirs; and extending the application of CEOR floods to higher temperatures and higher salinities, higher viscosity oils, and carbonate reservoirs.

The way a chemical flood works is through the synergistic effect of a polymer (to improve mobility by slowing down the movement of the water to match that of the oil [i.e., mobility ratio of 1]) and a surfactant (with or without alkaline) to reduce the interfacial tension (IFT) between oil and water and thereby displace the discontinuous trapped oil remaining in the reservoir after the waterflood. Using a surfactant involves the same concept as using detergent/soap to remove oil. The primary objective of surfactant/polymer (SP) or alkaline/surfactant/polymer (ASP) flooding is to reduce the IFT between oil and water to values on the order of 0.001 dyne/cm or less in order to displace the trapped oil from rock pores.

The use of alkaline chemicals for improving oil recovery dates back to the 1920s. The alkaline flooding process relies on chemical reactions between alkali, such as sodium carbonate, and organic acids in the crude oil to produce in-situ surfactants (soaps) that can reduce the IFT. Most researchers of the process have reported that the lowest IFT occurs at very low alkali concentrations. On the other hand, alkali consumption by the reservoir demanded injection of a higher alkali concentration. This problem was resolved by Nelson et al. (1984), who proposed a method to enlarge the low-IFT region and thereby promote optimum salinity by combining the alkali with a surfactant which is more hydrophilic than the in-situ–generated soap. The formation of the in-situ surfactant also reduced the need for a synthetic surfactant in an ASP slug (typically <0.3 wt%) which in turn reduced the overall cost of chemicals. These favorable characteristics make ASP flooding a very attractive enhanced oil recovery method, provided the chemical  consumption is not too large and the alkali can be propagated at the same rate as the synthetic surfactant and polymer.

The widespread application of chemical EOR techniques is dependent in part on the price of crude oil and it is encouraging that field-testing is under way on polymer flooding at a global scale.

The most challenging aspect of chemical EOR is the need for customized chemical formulation design for each field. A fast way to select and screen surfactants for different crude oils is by the observation of phase behavior (Fig. 2) and property measurements from pipettes.

Phase behavior evaluations are performed to help define which chemical formulations have the best potential to recover additional oil beyond waterflooding, as in a tertiary flood. Phase behavior experiments involve blending the crude oil with the chemical solution using different water-to-oil volumetric ratios (WOR). After the samples are equilibrated (approximately 2 weeks) at reservoir temperature, the phase type (Winsor Type I, II, or III), appearance, and number of phases are recorded. The large amount of oil and water solubilized in the middle microemulsion phase at optimum salinity (i.e., solubilization parameter of >10) is an indication of ultralow IFT (<0.003 dyne/cm). The fast equilibration of samples and low viscosity of the microemulsion phase are indicative of a favorable chemical recipe that will most likely perform well in the core floods, resulting in low chemical retention and high oil recoveries.

An ASP flood is very complex because of the numerous chemical reactions that may occur in the reservoir. The reaction of acid present in the active crude oil with alkali to generate additional surfactant called soap and its effect on phase behavior is the most crucial parameter for crude oils containing naphthenic acids.

In order to design an effective ASP flood it is very important to consider the mechanisms responsible for the loss of alkali. The most important reactions responsible for alkali consumption are reactions with crude to generate soap, cation exchange reaction with the rock surface, and aqueous reactions. The reaction with calcium sulfate anhydrite or gypsum can consume a significant amount of alkali especially if sodium carbonate or sodium hydroxide is used. The soap generation and other alkali consumption reactions and their effects on phase behavior and other process variables make the process highly sophisticated, and modeling such a process becomes complex. Sandstone and carbonate reservoirs with the presence of high clay content or pH buffering minerals such as anhydrite need to be carefully analyzed. Mechanistic simulations of the ASP process help to identify the reactions that may cause the loss of alkali, the formation of scale, and mineral dissolution/precipitation.

Mechanistic modeling of an ASP flood considers the aqueous reactions, reactions with acidic components in the crude oil and with the bases in the aqueous solution, cation exchange reactions with clay and micelles, the reduction of surfactant adsorption at high pH, and the effect of soap on the phase behavior. The phase behavior of the mixture of synthetic surfactant and generated soap is the most critical information for realistic simulations of ASP. Laboratory phase behavior measurements for the mixtures of crude oil/surfactant/brine/alkali at the formation temperature are required to obtain the optimum salinity as a function of WOR (referred to as an activity map); solubilization parameters as a function of WOR; surfactant concentration; and salinity. These ensure the proper design of the salinity of the ASP slug and polymer drive, which is much more complex than an SP flood.

Bhuyan (1989) and Delshad et al. (2002) developed a model to account for the geochemical reactions involved in ASP processes, including soap generation, and added this model to The University of Texas at Austin’s chemical flooding simulator (UTCHEM). Mohammadi et al. (2009) verified the model where several ASP core floods and phase behavior experiments were modeled.

Further research and development and multiple mini-field implementations such as a single-well chemical tracer test, single-well injectivity test, one-pattern pilot, and multi-pattern pilots will help to scale up the design and performance of chemical EOR processes to full field development. The additional oil recovered by these processes when carefully designed and optimized can reach as high as 30% of original oil in place. TWA

Mojdeh Delshad is a research professor in the Department of Petroleum and Geosystems Engineering at The University of Texas (UT) at Austin. She is also the assistant director for the US Department of Energy-funded Center of Frontiers of Subsurface Energy Security. Delshad holds a BS degree in chemical engineering from Sharif University and MS and PhD degrees in petroleum engineering from UT Austin. She has 27 years’ experience in modeling multiphase flow, fluid property modeling, and reservoir simulation of enhanced oil recovery processes, and is in charge of the UT Chemical Flooding reservoir simulator (known as UTCHEM) development, user support, and training. Delshad was awarded the SPE rank of “A Peer Apart” for reviewing more than 100 technical papers in 2010. She is currently a member of the SPE Books Development Committee.