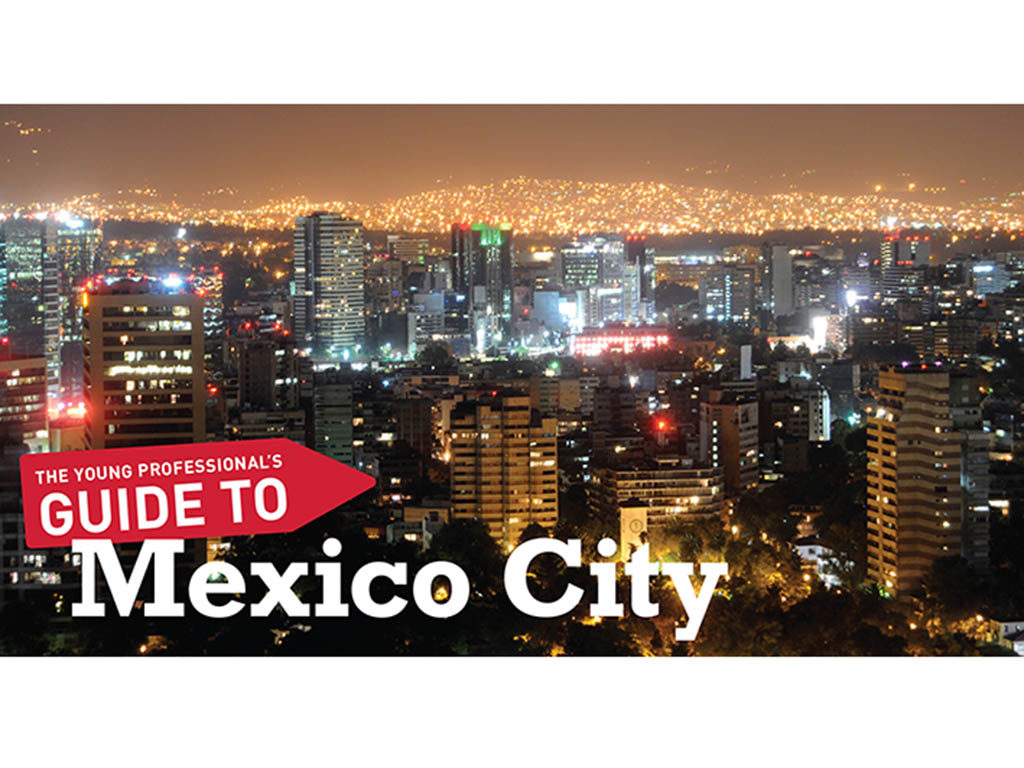 Situated in central Mexico, Mexico City sits at a minimum elevation of 7,217 ft in the Valley of Mexico, a fitting location for one of North America’s most important financial centers. It is truly a global city, in every sense of the term, with its rich background and the continuing diversity of its population.

Human history in this area stretches back to nearly 8000 BCE, when agriculture (focusing on crops like squash) was first being implemented in the Americas. The Olmec were the first major civilization in Mexico, and gave rise to some well-known groups such as the Maya, Teotihuacán, Toltec, and Zapotec. Contact with early conquerors and settlers entirely changed the Aztec, the final of these civilizations, and eventually led to the creation of a city ripe for international trade.

The city itself is not part of any Mexican state, but resides in its own federal district and consists of 8.85 million people (according to a 2010 census); however, the surrounding area, formed by 16 boroughs and other municipalities in the Valley of Mexico, pushes that number to over 21 million.

The petroleum industry is focused mostly on the coast that hugs the southern part of the Gulf of Mexico and it is here that exploration first took hold in the beginning years of the 20th century. Although the Cantarell and Ku-Maloob-Zaap fields are cited in the news today, it was actually the Poza Rica discovery in 1932 that made Mexico the second-largest oil exporter in the world at that time. The Cantarell field has been producing since the 1970s and was recently placed on nitrogen injection in 2000. The injection allowed it to reach peak production, in 2004, of just over 2 million B/D, but at great cost as the project consumes injection gas.

Cantarell is made up of four large fields from the Upper Cretaceous epoch and consists of breccia broken off from the Chicxulub asteroid impact site. Now the Ku-Maloob-Zaap field has taken precedence, with production at over 800,000 B/D. Other potentially lucrative areas under consideration are fields within the Chicontepec basin. Unfortunately, although the original reserves are known to be greatest in terms of barrels of oil equivalent, poor permeability hinders the efforts to extract the basin’s very light crude.

Three different basic varieties of crude are found in Mexico. They are categorized by their grade: the Maya-22 (an aptly named heavy, 22‌ ºAPI gravity oil); the Isthmus-34, which lacks a significant amount of sulfur; and the still-lighter Olmeca-39 crude. The state-owned national oil company, Pemex, has exclusive rights to these fluids. Pemex’s proven reserves are slightly less than 14 billion BOE as of the beginning of this year.

Pemex stands for Petróleos Mexicanos, which was established in the late 1930s. It is currently assessed as the second-largest, nonpublicly listed company by market capitalization. Pemex has its sights set on deepwater targets, which it is beginning to pursue by seeking out more investment, especially from international oil companies. Former Mexican President Felipe Calderón attempted reform in the oil and gas industry, but succeeded mostly in attracting contractual work from service companies. Current President Enrique Peña Nieto has taken up the mantle and proposed that Pemex join with further private companies on larger ventures requiring more capital and technological resources.

Although it has strongly focused on offshore reserves, and currently operates 41 platforms in the Gulf of Mexico, Pemex has not turned a blind eye to onshore development.

At the south end of the Bay of Campeche in the state of Tabasco, a new discovery, the Navegante field at a depth of approximately 19,500 ft, was made late in 2012. Despite containing only 500 million bbl by current estimations, the field contains more easily refined light crude oil. Also, playing off the Late Cretaceous boom in southern Texas, Pemex is beginning its own campaign in Mexico’s portion of the Eagle Ford shale.

A major problem Mexico faces is production theft, via siphoning using illegal taps by criminals thought to be associated with drug gangs such as the Zetas. These illicit operations vary, with some so elaborate they incorporate an entirely new pipeline infrastructure created by those stealing the petroleum. It is thought that the industry loses hundreds of millions of dollars to this black market, which is currently being unraveled by a combined effort between the United States and Mexican governments. In fact, USD 2.4 million has been returned to Mexico’s tax administration by the US Department of Homeland Security as a consequence of this investigation.

President Enrique Peña Nieto’s government is working to overhaul the state-run sector to attract private investment in efforts to access complex offshore resources. Since international oil companies are not allowed to explore or produce in Mexico, there does not appear to be much incentive for them to have a presence in the country or support the country’s technological development.

However, there is some activity in the area of energy education. On 23 August 1965, the Mexican Petroleum Institute (IMP) was created. In response to the research and technological development needs of the Mexican oil industry, IMP created 10 research programs devoted to basic research and industrial applications in areas such as deepwater development; integral deposit study; securing of flow; basin/plays evaluation; water control; clean fuels; heavy-oil processing; integral ecosystems evaluation; integral risks; and concurrent engineering evaluation.

The IMP possesses an attractive tool—the commission of an ultrahigh-resolution electron microscopy laboratory. The laboratory’s objective is the volumetric, chemical, and surface structural characterization of materials at the micrometric, nanometric, and atomic level. Such materials will be designed for and used in the development of technologies and products for the oil and gas industry.

Mexico City is known as the city of palaces due to the large stately buildings in the city center. On a trip to this magnificent city, make plans to visit Plaza de la Constitución, commonly known as Zócalo, in the historic downtown. One of the world’s largest squares is located in Zócalo. It is surrounded by historic buildings, including the City Hall and the Metropolitan Cathedral of the Assumption of Mary of Mexico City. Metropolitan Cathedral is the oldest and biggest Roman Catholic church in the Americas. Containing many altars, its principal altar is stunning and made from solid gold.

Mexico City also has plenty of fashion-conscious residents and hence, for a shopping lover, there are plenty of shopping haunts, such as Polanco and Altavista Street, where one can find all the latest fashion in clothes and accessories. The latest styles blend perfectly with the rich history surrounding the city.

Mexico City’s enthusiasm for sports is unmatched, particularly when it involves soccer. The city has hosted two International Federation of Association Football (known as FIFA) world cups—one in 1970 and the other in 1986. In recent decades, many baseball players of Mexican descent have been invited to play Major League Baseball in the US and Canada. Additionally, Mexico City is the only Latin American city to host the Olympics. This occurred in 1968, and was the impetus for building the majority of the city’s sport facilities. Estadio Azteca is the biggest soccer stadium in the world, built in 1966 with a full capacity of 129,300 seats. It is the home of one of the most famous soccer clubs in Mexico: Club America.

Outside the city lie some amazing landscapes, replete with historical sites. The Aztec, Mayan, and other civilizations permanently transformed the area near Mexico City, where explorers can now enjoy countless historical treasures. The Calixtlahuaca, Chacchoben, Dzibilchaltun, and Ek Balam evoke images of people who occupied these areas in centuries gone by.

As deepwater technology becomes more understood, Mexico’s investment in the Gulf of Mexico will provide further resources for the country. Moreover, onshore development and the possibility of shale oil add to the optimistic outlook. Moving forward, development of the country’s engineering and technology personnel will likely have a beneficial impact on an expanded oil and gas industry in Mexico.

The city continues to remake itself into a modern wonder. Mexico City has more IMAX theaters and local museums than any other city in the world, allowing the city to provide every visitor with something special. Vistas of a former world are perfectly complemented by the existence of Mexico City’s most modern venues.