Braving the Slump: Petroleum Engineering is Not a Dead-End Career 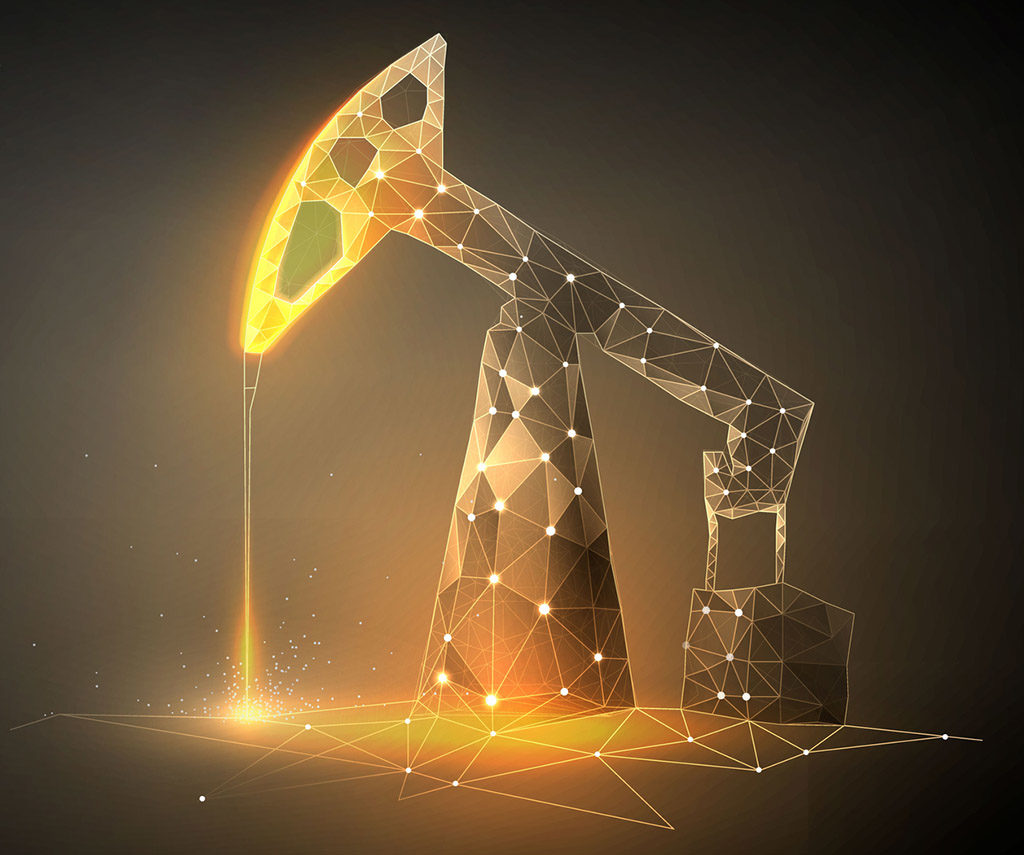 A recent article published in the SPE Journal of Petroleum Technology asked various active young professionals about petroleum engineering as a career and whether they felt they made the right choice. Most, if not all, of the responses were highly optimistic, which is encouraging. However, in recent years, owing to the Great Recession, which started in the US but had global impact, and the Fall 2014 oil price crash, a vast majority of oil and gas professionals have felt the need to re-evaluate the prospects of retiring comfortably in the near future or moving to other professions. This also impacts prospective petroleum engineers: enrollment in undergraduate and graduate petroleum engineering programs has declined markedly. The Big Crew Change might be here with us.

Near-Term Threats to the Industry

The viability of petroleum engineering profession cannot be discussed without first understanding some of the precipitating factors which are considered near-term threats to the industry:

Oil price. Even though the price has recovered since the crash and averages ~$65/bbl for WTI, there are still uncertainties in the supply-driven commodity market. As a result of these uncertainties, companies have difficulty planning for the future, and thus resort to hiring based on current needs instead of future plans. The re-igniting of the war in Libya, disruption of production in Venezuela due to political turmoil and constrained pipeline takeaway capacity in the Permian Basin were supposed to cause price hikes. However, the drop in manufacturing in Germany and across EU, the risks posed by Brexit, the moderate growth in US economy, the flexibility of US shale producers in responding to price signals, and President Donald Trump’s leaning on Saudi Arabia and OPEC to control oil prices have all put downward pressure on prices.

Public Perception: The need to protect the environment has taken on far greater importance and precedence owing to public perception of global warming and the purported role of fossil fuels. The advent of electric cars—popularized by Tesla and fervently adopted by other car manufacturers—have further damaged public opinion. The media has done the industry no favors as it touts renewables as the energy of the near future, while neglecting to highlight the contributions that petroleum products make across the entire spectrum of modern life.

A study by Ernst and Young shows that 78% of the oil and gas executives surveyed agree oil and gas should be the primary sources of energy until cleaner energy can replace them. The top three key findings include the following:

Digital Revolution: We are seeing a fast paced change in digital technology compared to the rate of change of technology seen during the industrial revolution. A rebound to price between the upper $80s and lower $100s is unlikely to happen any time soon due to reasons aforementioned, so any company that wishes to remain at the forefront of the industry must also remain at the forefront of this revolution. Digital technologies have brought radical gains in efficiency and improvements in service delivery. Smart tools have improved the way decisions are made, thereby increasing economies of scale. With every creative destruction, there are always winners and losers. What we anticipate is the merging of traditional petroleum engineering roles with new age “Big Data” roles:  As we move towards driller-less (automated) rigs, drilling engineers of the future may be data scientists with a drilling background. Robello Samuel of Halliburton put it this way to underscore the fact:

“Frankly, it is not going to be rosy as in the past – still there will be jobs just like the mining industry. Still the industry will attract brightest people just like what is obtainable in the nuclear industry.”

Global Economy: The global economy is, for lack of a better word, stale. Every time it appears to be on the verge of a full recovery, something new wobbles it. The unconventional monetary policies employed by central banks in mature economies has been difficult to disengage. The US, for example, has been raising rates but has indicated it will not raise rates in 2019 as the effects of its previous rate hikes became apparent. Trade wars, predominantly between the US and China, are not helping.  Another recession, if realized, would negatively impact demand for oil and gas commensurately impacting their prices.

As the popular saying goes, “Challenge breeds opportunity.” Despite the negative factors discussed above, there are also near-term opportunities:

Demand and Supply. The long-term trend for oil and gas demand is positive: developing economies such as China and India and the world’s rapidly growing population will demand more energy. Some of this may be met by renewable resources, but cheap, versatile, and energy-dense needs will continue to be the reserve of petroleum products. The drop in gasoline prices spurs people to buy new cars and worry less about their fuel efficiency in the process. However, while the supply of crude is high, it may be capped due to the lack of facilities to handle the sheer volume generated by the US shale boom. As already mentioned, the largest constraint in the Permian Basin is currently pipeline takeaway capacity. The demand for oil and gas may eventually catch up with supply and when that happens we will see companies hiring again at a sustained rate to meet increasing demands, which will be good for graduates of petroleum engineering programs.

Big Crew Change. The Big Crew Change may finally be upon us. The industry may never recover from the massive layoffs that occurred between the Fall of 2014 and Spring of 2016. Companies are still making adjustments as they go. However, it will reach a point where the only path forward is to hire the young engineers that will steer the industry into the future. There will be opportunities for petroleum engineers to work right out of college, but the requirements will change: data extraction and manipulation are fast becoming part of the core skill set for any prospective new hire. Entering the industry at the start of such a momentous shift will provide young and incoming engineer with the opportunity to make their noticeable and lasting mark early in their careers than might otherwise be impossible.

Shale Boom. The time between drilling and production has been significantly shortened due to the shale boom. Long-term forecast shows that the shale revolution is here to stay. Major oil companies are not going to sit idly by when small operators are benefiting from the low production cost, reduced Capex, and shortened time to payout. The barrier to entry for shale is relatively low as compared to the offshore megaprojects supermajors are accustomed to. Having missed the initial shale boom, buying proven shale producers with strong holdings is their ticket to entry.

While we see opportunities in the near term, there is need to consider what the future looks like for young professionals and graduating students or even students considering petroleum engineering as their major. The popular refrain is that the outlook is bleak. However, the oil industry is highly cyclical. It has survived world wars, depressions and recessions, and oil gluts. It will remain resilient, but it is unlikely to lose its cyclical nature.

Let us examine what the future outlook is.

Green New Deal (GND). The GND is a proposed stimulus program in the US that aims to address climate change and economic inequality. The name alludes to the New Deal, a set of social and economic reforms and public works projects undertaken by US President Franklin D. Roosevelt in response to the Great Depression. The Green New Deal combines Roosevelt's economic approach with modern ideas such as renewable energy and resource efficiency. While the alternative energy initiatives such as solar panels and wind farms are laudable, the main proponents of the GND argue that transforming the electricity grid is the real deal, eliminating fossil-fuel-generated electricity in favor of renewables. If implemented, the GND would be a major threat to the oil and gas industry. However, at present it lacks popular support, much less economic viability.

Renewables. Renewables are touted as the replacement for fossil fuels and some of the majors, including BP, Total, ExxonMobil and Shell, are embracing the initiative to develop these alternatives as part of their energy mix. With additional restrictions on fossil fuel generation and more government subsidies on renewables, it will be more challenging for oil and gas to compete in the energy space. Traditional oil companies would either adapt or shut down operations. While renewables have some benefits, such as their ability to be adapted for “off the grid” electricity provisions, they also face several shortcomings. The lack of economic storage for excess electricity generated prevents them from being reliable sources of choice. They are often only economic with government subsidies. While they may be “clean” in the sense that the energy generated by renewable sources does not generate carbon dioxide, the creation of the wind turbines, biomass and solar panels requires significant—petroleum-generated—energy expenditure as well as heavy metal mining, making them far less “green” than they are purported to be.

Should You Pursue Petroleum Engineering?

This question does not have a simple yes or no answer, but perhaps it is not the right question to ask. Engineering as a profession, in any discipline, is constantly evolving as it is disrupted by technology and/or regulations. Petroleum engineering is in the midst of a transition period driven by technology, especially automation and artificial intelligence. As a young professional, graduating student, or senior considering petroleum engineering, there will be a need to adapt, learn fast, and lead complex projects in an ever-changing landscape. An industry in flux is an opportune time for new entrants to make their mark. Study computer science with minor in petroleum engineering or petroleum engineering with a minor in digital technology. The requirements of the future are unpredictable, the best advice is to be flexible and open to change. The industry you enter today will not be the same industry you retire from.

Samuel Ighalo (left) is the drilling advisor, consulting and project management, at Halliburton and is responsible for providing well engineering support to oil and gas operations across multiple regions, including North America, Europe, North Africa, Middle East, and Latin America. Ighalo has 14 years of industry experience and previously worked as drilling engineer for Korea National Oil Corporation. He holds master’s degrees in petroleum engineering  from University of Southern California and  petroleum engineering and project development from the Institute of Petroleum Studies (IFP France and University of Port Harcourt, Nigeria).

James Blaney (right) is an engineer on a hydraulic fracturing fleet for Liberty Oilfield Services, and is based in the Permian Basin. He holds a bachelor’s degree in petroleum engineering from the Colorado School of Mines.