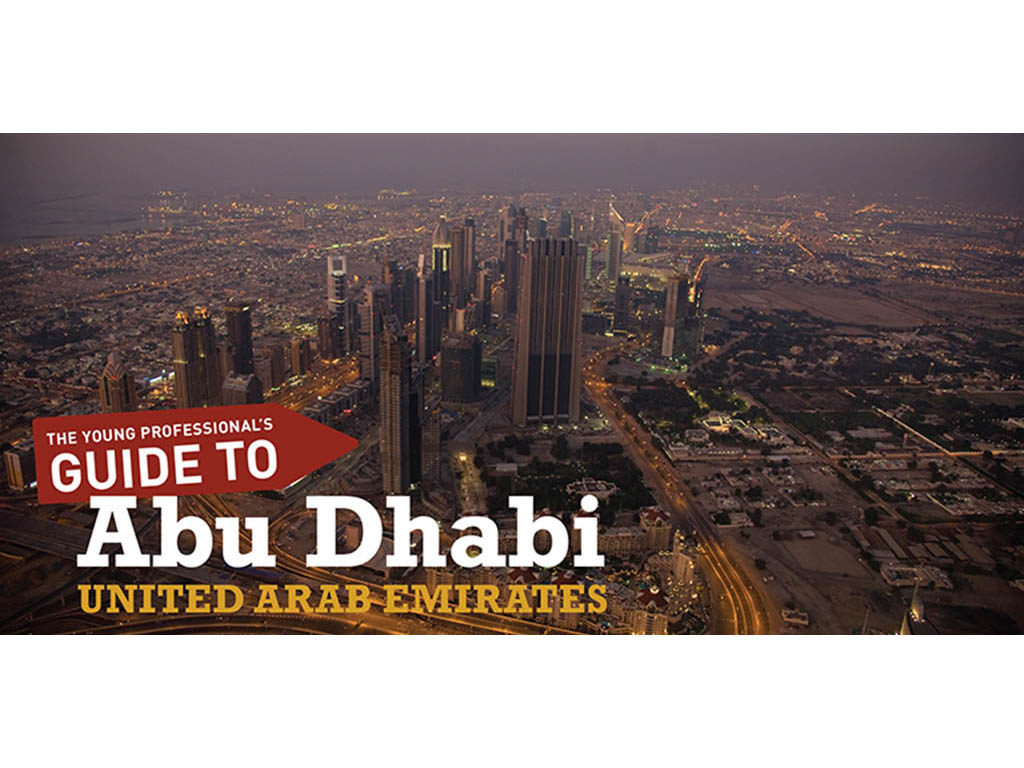 The Persian Gulf coast offers many things for travelers to enjoy, including desert vistas and cities full of cultural heritage. The city of Abu Dhabi, one of seven emirates that constitute the United Arab Emirates (UAE), shines as a stunning example. With a population of approximately 1.6 million, it is the capital of the UAE. This city could easily be called the New York City of the Gulf with its high-rise buildings, beautifully planned gardens, roadways, luxury hotels, and multiple shopping options featuring elite brand stores. Abu Dhabi is also the new favorite destination for Formula 1 racing lovers. In addition, Abu Dhabi houses the corporate offices of many oil companies from all over the world.

The UAE is strategically located on the Persian Gulf, with its northern coastline on the Persian Gulf and its eastern coastline facing the Gulf of Oman in the Indian Ocean. It has a 410-km border with Oman to the southeast and a 457-km border with Saudi Arabia to the southwest and shares sea borders with Qatar and Iran. The Bedouin of the Bani Yas tribe—originally centered on the Liwa Oasis, located on the mainland about 150 km south-southwest of Abu Dhabi—settled on the island of Abu Dhabi in 1761. The Bani Yas tribe’s ruling Al-Nahyan family did not move from the Liwa Oasis to Abu Dhabi until 1793.

The pearl trade in the late 19th century played an important role in the expansion of the then small town of Abu Dhabi. By the 1930s, the pearl trade had declined and interest grew in the area’s possible oil riches. Oil exploration encountered difficulties due to the challenging desert terrain, but finally in 1958 oil was discovered offshore in the Umm Shaif field, followed in 1959 by an onshore discovery at the Murban No. 3 well. Thus began the development of modern Abu Dhabi. The first president of the UAE, Sheikh Zayed bin Sultan Al Nahyan (1918–2004), can be credited for this advancement to put Abu Dhabi on the world map. His son, Khalifa bin Zayed Al Nahyan, is the hereditary ruler of Abu Dhabi, and is currently UAE’s president.

The UAE, considered a major oil producing and exporting country located on the Arabian Peninsula, is a confederation of seven states, or emirates, of which Abu Dhabi and Dubai are by far the most important politically and economically. About 95% of the UAE’s oil and gas production lies in Abu Dhabi.

According to Oil & Gas Journal’s 2012 estimates, the UAE holds the world’s seventh-largest proved reserves of oil at 97.8 billion bbl, with the majority of reserves located in Abu Dhabi. The state-owned Abu Dhabi National Oil Company (ADNOC), in partnership with a few large international oil companies, is the UAE’s primary operating company.

The Zakum system is noted by the US Energy Information Administration (EIA) as the third-largest system in the Middle East and the fourth-largest in the world. Situated about 80 km offshore northwest of Abu Dhabi, the field spans more than 288,000 acres. This oil field accounted for nearly 30% of the country’s total production in 2010. Other significant fields include the Bu Hasa, Ghasha-Butini, and Murban Bab, as well as the Sahil, Asab, and Shah (SAS) fields, all of which are located in Abu Dhabi. Abu Dhabi’s natural-gas sector is led by ADNOC through its subsidiaries, with the exploration and production of oil and gas resources carried out by the Abu Dhabi Company for Onshore Oil Operations and the Abu Dhabi Marine Operating Company.

The Eastern Gulf basin underlies a large proportion of the area offshore Abu Dhabi, Dubai, and Sharjah. Its sedimentary section deepens northwards to more than 6700 m in thickness. Deep-seated Cambrian salt activity has created many of the broad structural closures that form Abu Dhabi’s abundant oil and gas fields. The basin is bounded to the south and east by the Ras al-Khaimah basin, and to the west and northwest by the Qatar Arch.

Despite such favorable geology and mineral resources, Abu Dhabi did not always trade in oil. In fact, its coastal location provided ample opportunity for hunting pearls, an economic activity for which the Persian Gulf was well known. The advent of the cultured pearl in the early 20th century drastically altered prices and gave stronger impetus to find a new resource to exploit. Petroleum began to answer that problem in the 1930s, with concessions provided by Sheikh Shakhbut bin Sultan Al Nahyan (c. 1905–1989), the ruler of Abu Dhabi from 1928 to 1966. This deal allowed for 75 years of exploration, which made little progress until a joint venture between BP and Total (or, as it was known then, Compagnie Française des Pétroles) struck oil during the late 1950s in the Umm Shaif field with the Bab-2 well. This same operator went on to discover the prolific Zakum offshore oil system.

Onshore drilling was initially impeded by the harsh conditions of the desert environment. However, a subsidiary of the Iraq Petroleum Company, Petroleum Development Trucial Coast, made a discovery in 1959 with its Murban No. 3 well on land. Afterward, scores of other fields were found in the UAE, which is now believed to hold 9% of the world’s proven oil reserves. Oil production continues to grow, with production increasing more than 20% from 2010 (approximately 2.3 million BOPD) to 2011 (about 2.8 million BOPD).

The country also possesses between 214 and 227 Tcf of natural gas, but getting to this resource does not come without its difficulties. Producing and handling sour gas can be costly, as experienced with the USD-10-billion Shah gas development project due in 2014. Just over 100 miles outside of Abu Dhabi, this project is intended to meet demand for gas in the growing industrial portions of the city and likely supplement gas injection programs already under way in major reservoirs. The Zakum field is an instance of gas injection for enhanced oil recovery. However, nitrogen is being tested as an alternative for this purpose so that more methane can be used to generate electricity.

As of 2007, the UAE became a net importer of natural gas, most of which comes from Qatar via the Dolphin Gas Project pipeline (capable of transferring 1.2 Tcf per year in its 48-in. diameter pipe).

Oil and Gas Research and Development

The ADNOC Petroleum Institute (ADNOC-PI) in Abu Dhabi was established in 2001 to address the needs of the industry in the areas of petroleum, mechanical, electrical, and chemical engineering. Other fields of study concerning geology and materials science are also offered.

The Colorado School of Mines and the University of Maryland are both affiliated with ADNOC-PI. Although it is awaiting international accreditation, ADNOC-PI has received acknowledgment from the UAE’s Ministry of Higher Education and Scientific Research and has graduated more than 500 engineers since its inception.

ADNOC-PI is working in tandem with ADNOC and several other entities to conduct research into enhanced oil recovery. A new research center, the ADNOC-PI Research Center, will be partnered with universities including The University of Texas at Austin, Rice University, Stanford University, Massachusetts Institute of Technology, University of Minnesota, and Johannes Kepler University Linz.

It also intends to collaborate with industry and broaden its pool of resources by interacting with international companies such as CGG Veritas (a French company focused on geophysical exploration techniques) and Statoil.

Another association of ADNOC-PI is the Gas Processing and Materials Science Research Centre, which is partnered with industry leaders such as Shell, Total, and Partex, to name a few.

Car fanatics’ jaws will drop at the site of the Ferrari World amusement park on Yas Island in Abu Dhabi. The park is covered by a giant 200 000‑m2 roof to combat the intense heat. It is the largest indoor amusement park in the world. It also houses the world’s fastest roller coaster, the Formula Rossa, which clocks in at nearly 150 miles per hour! You will need to hail a taxi to get there. The bus system does not currently support the trip to Yas Island or farther destinations, except Dubai, which has a dedicated route with the trip costing about USD 5.00.

Take care when you step into a cab because the meters are based off distance and time.

Highways labeled with the letter “E” and a number have been laid out to facilitate access between the most prominent islands, and extend farther inland. Abu Dhabi’s city planners have begun updating the city’s transportation infrastructure. Initial development plans are in place for a mass transit system that will include buses, trams, metro lines, and a high-speed rail system.

If you require something more relaxing to unwind, then the Liwa Desert oasis Qasr Al Sarab is the perfect place to retreat. It is designed to look like an ancient Arabian fort while surrounded by some of the world’s largest sand dunes, which measure up to 400 ft and higher. Nightlife, theater, and concerts are always an option around town. Foodies will find a wide range of eateries that offer international cuisine and are typically set against beautiful desert vistas.

The fact that oil reserves will one day run out is something the city of Abu Dhabi is taking seriously. In 2007, the visionary Plan Abu Dhabi 2030 was published. The ambitious plan focuses on continuing the momentum brought to the city by the oil sector and establishing itself as a global destination for work and leisure. Master plans for specific locations throughout the city have been detailed. The New Central Business District has been reserved to define Abu Dhabi’s skyline. The Capital District will become the “city brain” with medical centers, higher education centers, and government buildings.

Abu Dhabi is also taking advantage of its coastal location by envisioning a world-class marina development. The Saadiyat Marina, on Saadiyat Island, may one day become the epicenter for Middle East travel. In addition to the marina, plans are in place to construct the Guggenheim Museum, the Louvre Abu Dhabi, the Zayed National Museum, and the Abu Dhabi Performing Arts Center. Plan Abu Dhabi 2030 is preparing the city to become a modern marvel and a model for development around the globe. TWA