The Effect of Shale’s Rise on Geopolitics 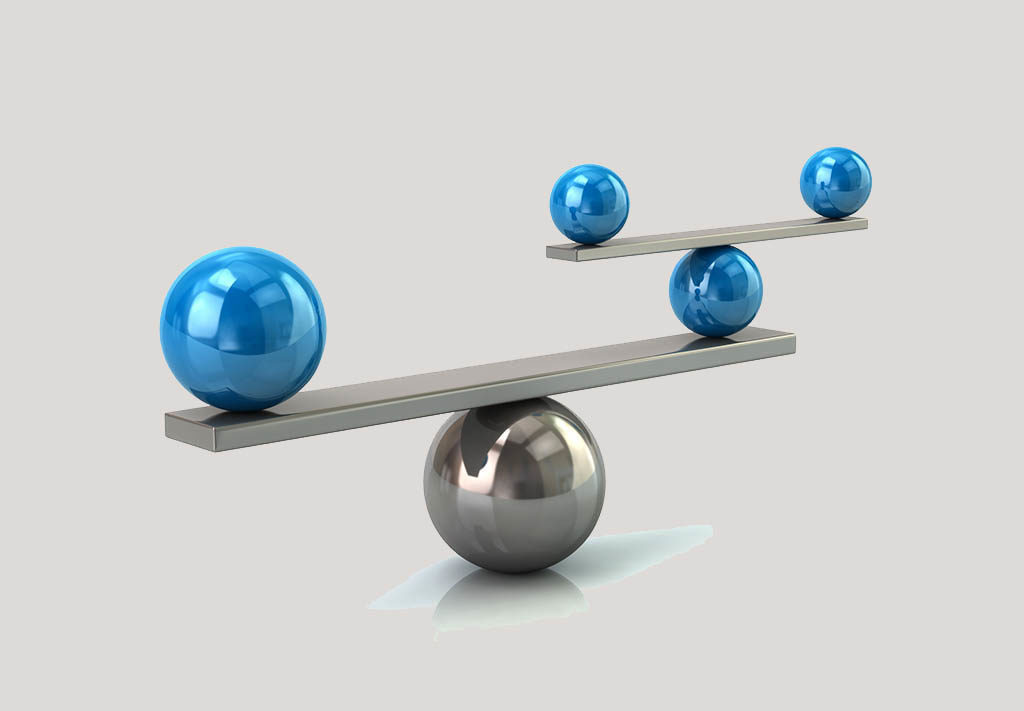 The global policy and geopolitics have continued to evolve as prolific US shale production has shifted the oil and gas landscape and marketplace. In this article, TWA Forum department editor Gareth MacMillian presents a discussion by cross-energy analyst and cofounder of Energy Aspects Richard Mallinson and oil analysts Virendra Chauhan and William Claeyssens de Tena on the effect of shale's rise on geopolitics.

How do you see the impact of shale oil in US production, capital investment, and the global oil market?

US shale continues to have a significant impact, both within the US and in the global oil market. US crude supply exited 2018 at a record 11.9 million B/D, higher year-over-year by 35% or 1.8 million B/D, and our 1.3 million B/D forecast for 2019 has been reaffirmed by guidance from public operators. The original pioneers of the shale boom, independent operators, appear to be poorly poised for the next phase of shale growth as they lack the economies of scale required to deliver on investor demands. As such, international oil companies (IOCs) are set to drive US production growth going forward, with one-third of 2019 crude growth set to come from IOCs. The biggest question hanging over the majors is whether they can take shale—historically the domain of the smaller E&P companies—and make it more rational, efficient, and free-cashflow positive.

While the pace of US production growth is widely discussed, what is often less talked about is the quality of the crude produced. In the Lower 48, output with an API of 45 and above rose by 35% across H2 18, while output of crude below 45 API grew by just 5%. At a more granular level, the share of 25–30 °API crude as a percentage of total Lower 48 output declined to 5.6% by the end of 2018 from 8.3% in June 2018, while the share of 45–50 °API crude has risen from 12.5% to 15%. The Permian Basin led production growth but also the shift in quality. Output rose by 0.9 million B/D last year, but it also led the growth in the lightening of the crude slate. Over 95% of new Permian production has an API of more than 35. Based on preliminary well data, from July 2018, the previously dominant 40–45 API segregation dropped from more than 50% of new oil production to 30%, the lowest in 5 years. As a result, light and super light streams with very high naphtha cuts have been replacing more distillate-rich crudes.

The incremental US output will be accompanied by additional pipeline takeaway capacity to the US Gulf Coast (USGC) (2.5 million B/D of new nameplate capacity pipeline is coming on line by early 2020) and the expansion of export capacity at USGC loading terminals (currently 3.6 million B/D, with nearly 2.0 million B/D of additional capacity set to come on line over the summer of 2019). Therefore, the question is whether the global refining system can absorb such large volumes of incremental light crudes without a drastic shift in consumer patterns.

The world is simply oversupplied with light ends, and refineries are increasingly struggling to make the products in demand using the crude available to them. If the world is currently struggling to absorb 2 million B/D of US exports, it is hard to see how it will absorb nearly 3 million B/D of light crudes going forward—even if IMO 2020 (0.5% sulfur cap for marine fuel) boosts the demand for light crudes as refiners try and minimize fuel oil yields. Refiners will prefer distillate-rich light crudes rather than naphtha-rich, meaning light crude production must slow. Crude differentials will have to do the work to keep US exports in check.

How has the increase in US production affected OPEC and the shift of power? In specific, how is this affecting Saudi Arabia with their goal of diversifying energy production?

The fact that the US is once again a significant exporter of crude, with volumes set to continue rising the coming years, has a number of implications for OPEC. Beyond the direct reduction in the volume of oil OPEC sells to the US, which has fallen from 4.5 million B/D in 2010 to just 2.6 million B/D in 2018, the group is having to adjust to new trade flow dynamics globally. US exports are entering both European and Asian markets in increasing volumes, providing new competition for OPEC supplies. When markets are well supplied this can give buyers greater leverage in negotiations. However, the continued importance of OPEC cannot be ignored, given it still exports around 25 million B/D. OPEC also plays a critical role in the market of holding a buffer of spare capacity to respond to supply disruptions or unexpected tightness at short notice, although the amount of spare capacity is being rapidly eroded to offset losses from Venezuela and Iran.

Saudi Arabia and other OPEC members have adopted several strategies in response to shifting market dynamics in recent years. The first is to redouble their efforts to secure market share in Asia, which is the only region where oil imports are set to continue rising in the coming years. This involves agreeing to long-term supply delays, investing in downstream capacity in Asian countries, and deepening diplomatic ties. Another dimension is the cooperation agreement with Russia and other non-OPEC producers, which has resulted in two OPEC+ production agreements over the last 3 years. The Kingdom has spearheaded these moves to bolster the influence of OPEC by aligning it with other non-US producers, particularly in the former Soviet Union.

In parallel with these developments, Saudi Arabia is pursuing a range of reforms collectively called “Vision 2030,” which have been designed by Crown Prince Mohammed bin Salman. These policies include lofty goals to reduce the dependence of the Saudi economy on oil revenues. However, this is a mammoth undertaking and for the time being Saudi Arabia remains an oil producer first and foremost and so is heavily exposed to the impact of US shale on global oil markets and prices.

Is there any part of the world that has the capabilities to develop shale in a meaningful way? Are any countries far along the path to utilizing their shale resource?

Outside of the US we do not foresee a shale revolution of a similar scale to the US, even though US Geological Survey reserves suggest that this may be possible. Excluding the US, tight oil reserve is estimated at 300 billion barrels, concentrated in Canada, Argentina, Russia, and China. Our short-term and medium-term forecasts have output rising from 0.6 million B/D in 2018 to 0.9 million B/D by 2023, then increasing slowly to 2.6 million B/D in 2040. The initial focus will be on gas rather than oil, with China and Argentina leading the race as both countries attempt to accelerate investment to bring shale gas to the market due to rising domestic demand. Meanwhile, the presence of a vast conventional resource base in Russia and oil sands in Canada will limit appetite for investment in shale.

In our view, the potential to expand shale supply significantly in the rest of the world will be capped by a series of above-ground factors. The US benefits from a number of favourable conditions, including geology, access to water and technology, a robust service sector, a supportive fiscal regime, and mineral/property access, as well as open access to capital. Other countries have a few, but not all, of these conditions.

What is the impact of shale’s rise on political stability around the world?

It is difficult to untangle the specific effects of US shale oil and gas from other geopolitical trends that are occurring in parallel. Some US politicians argue that rising US production brings their dream of “energy independence” within reach, insulating US consumers from instability elsewhere in the world. But this view underestimates the continuing interconnectedness of the US with the global energy system. For instance, even as US oil exports have risen, the country continues to import 7 to 8 million B/D of crude oil because geographic and quality mismatches between domestic production and refining capacity are best resolved through integration with the global market rather than isolation.

Another popular view in Washington is that higher domestic production alters US foreign policy. The idea is that US oil and LNG export can benefit allies and improve the US balance of payment, and decrease reliance on the Middle East. But it is difficult to determine how much this means in practice while the Trump administration pursues an erratic foreign agenda that veers from isolationism to trade wars and bellicose rhetoric. There is also the ongoing political upheaval in the Middle East, a region where both China and Russia hope to increase their influence amid a perception that the US has become a less reliable ally to Gulf oil producers. US shale is not responsible for these changes but is one element of the complex and changing landscape.

Richard Mallinson is a cofounder of Energy Aspects and contributes analysis across the company’s research services. His areas of focus include the Middle East, global energy policy, and geopolitics. Prior to Energy Aspects, Mallinson spent more than 6 years working with central government functions in both the UK and New Zealand. He regularly provides comments on energy markets for a wide range of media outlets. Mallinson holds a BA in politics and international studies from the University of Warwick and is a member of the Royal Institute of International Affairs (Chatham House).

Virendra Chauhan’s work at Energy Aspects centers on crude markets. He analyzes global supply-demand fundamentals, with an emphasis on the upstream and shale industries. He also examines the impact of US shale on oil markets, trade flows, and benchmarks, producing analysis that is regularly referenced by leading media outlets. Chauhan holds a PhD in chemical physics from Imperial College, with a focus on renewable energy.

William Claeyssens de Tena is a global crude analyst in the Crude Oil team at Energy Aspects. He holds a BEng in mechanical engineering and an MSc in petroleum engineering from Imperial College London.