Deepwater Development: What Past Performance Says About the Future 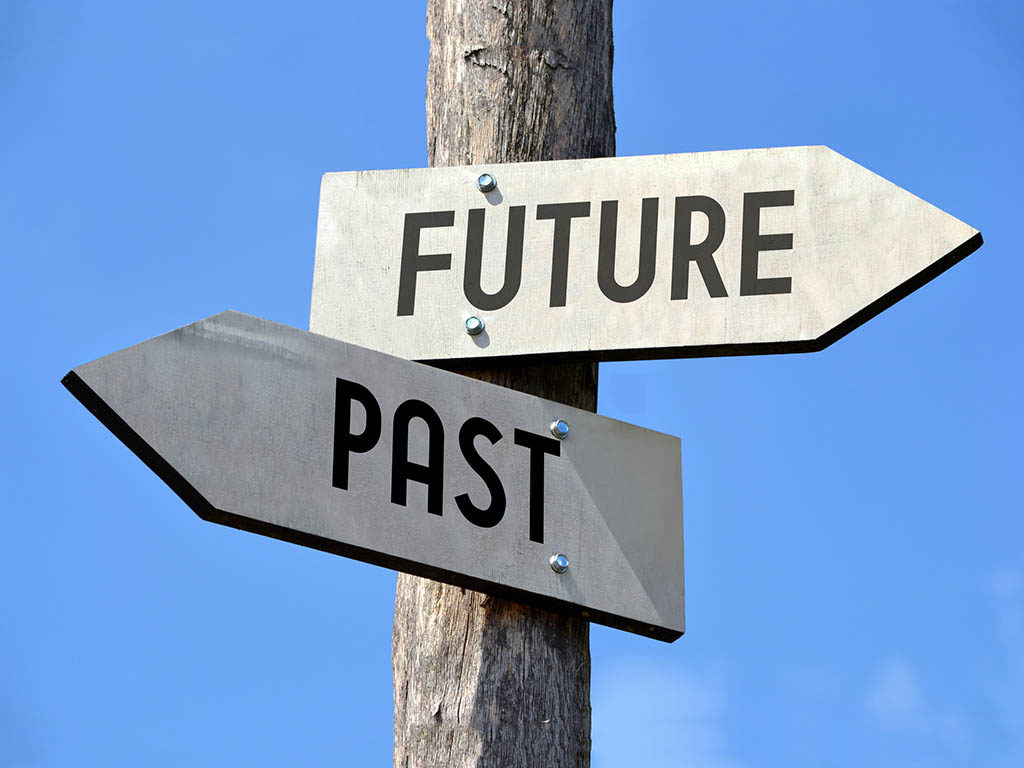 From its beginnings in 1897 to its pinnacle as an industry whose sites are visible from outer space, offshore drilling has pioneered technologies, given rise to the tallest structures on Earth, transformed the seabed of the Earth’s continental shelves into a manageable fossil-fuel resource, and provided work for millions of people. Despite innumerable obstacles, offshore drilling has successfully evolved and prospered over the last century into its most challenging environment yet—deepwater and ultradeepwater drilling.

In an interview, Malcolm Webb, chief executive officer of Oil and Gas UK, stated there is “no agreed industry definition of what constitutes deep water. When we started in the North Sea 30 to 40 years ago, depths of 100 to 700 ft would have been regarded as deep water; and, as our abilities and technologies have moved forward, so the definition of what is deep has moved with it. Depths west of Shetland in the UK vary from approximately 500 ft to 6,000 ft plus.” As a matter of convenience, however, deepwater drilling depths are sometimes defined as being greater than around 400 m, while water depths of greater than 1500 m are defined as ultradeepwater.

However one defines deepwater drilling, it is clear that, compared with conventional offshore drilling methods, it presents unique technical challenges related to greater water depths, higher pressures, manipulating the extra-long riser pipe connecting the wellhead to the rig (more than 1500 m in the case of the Deepwater Horizon), extreme temperature gradients, and added costs. Steve Terni, chairman of Exxon Neftegas, said in ExxonMobil’s The Lamp magazine, “Drilling 6 miles from land beneath frigid waters and floating icepack is like threading the needle in the proverbial haystack, from way across the farm, in a blizzard.”

It is no coincidence that offshore crude oil production has become a major part of the national energy supply in several major countries, notably the United States. The offshore industry extends further back in history than many people realize (Fig. 1). There are, of course, many more advancements in offshore development that can be recognized, but it is important to understand that only with extraordinary amounts of effort, technical acumen, risk, and, of course, money, was the industry able to progress in less than 20 years from the first deepwater US Gulf of Mexico (GOM) discoveries in the 1980s to total deepwater GOM production surpassing shallow-water production by the end of the 1990s (Fig. 2).

Records continue to be set around the world as the industry explores deeper prospects and defies what would seem to be the limits of technology and economics. One of the planet’s deepest hubs is currently Royal Dutch Shell’s Perdido platform in the GOM, floating in 2438 m of water and built at a cost of USD 3 billion. The deepest operational platform is Petrobras’ Cascade field floating production, storage, and offloading facility in Walker Ridge Block 249 in 2600 m of water.

The Kola Superdeep Borehole, with its pioneering technology in the recovery of rock cores, was the deepest and longest borehole in the world for nearly 20 years. But, in May 2008, a new record for borehole length was set by Transocean’s extended-reach-drilling well, BD-04A, drilled for Maersk Oil in the Al Shaheen oil field in Qatar. It was drilled in only 36 days to 12 289 m with a record horizontal reach of 10 902 m. In terms of depth below surface, however, the Kola Superdeep Borehole still retains the world record.

The technological achievements of the deepwater industry are impressive, to say the least. But, are they financially successful? After all, economic viability is the cornerstone of every major project. The combination of profitable economics and solid project execution generally leads to overall project success. The word “generally” has been selected with care, lest we forget there is always risk and uncertainty to take into consideration. In oil and gas, there is uncertainty in the exploration process—in trying to categorize the size and scale of the resource at hand. Geophysicists, geologists, petrophysicists, and reservoir engineers operate from a limited data set; and, despite having some of the best technology available and unprecedented technical acumen, they cannot provide anything close to absolute certainty. Therefore, companies inherently acquire risk every time they decide to explore and produce oil and gas. Working under adverse weather conditions and in remote areas of the world, with expensive equipment and limited knowledge of what lies beneath the Earth’s surface, it would seem that, in the world of deep water, risk supersedes reward.

So why, then, do companies continue to pursue deepwater projects all around the globe?

One answer to this question is that lower-risk conventional oil basins are maturing, and new discoveries in these areas are few and far between. So, the industry must turn elsewhere to find new production prospects. John-Morten Godhavn, adjunct professor at Norwegian University of Science and Technology, said in an interview, “Big reserves have been found in deep waters, in particular in the Gulf of Mexico, west Africa, east Africa, and Brazil, but also in the Arctic. Some of the deepwater wells in the Gulf of Mexico are planned to produce for the next 40 years. This means there will be great opportunities for a long time ahead.”

A second answer to the question concerns economics—or rather, history and economics. In the offshore industry, just as in any other, there are many assumptions and various factors that feed into the economic assessment. Major factors include field size, reservoir quality and fluid quality, water depth and oceanic environment, selection of drilling and production platform, drilling schedule, production schedule, production processing, and storage and handling requirements. Which combination of the aforementioned parameters will result in economic feasibility is truly unknown because it is so particular to each project. However, what can be said is that there are many different permutations that do lead to economic success, and this has been well illustrated over the years.

In 1987, M.G. Grecco of Unocal Corporation wrote a paper for the Offshore Technology Conference titled “Deepwater Development Economics.” Grecco’s assessment compared a number of different circumstances based on available information in the GOM at the time, and he concluded that “deepwater fields are technically feasible to develop and can be economic provided the oil price and field size are sufficient ... . [T]he oil price and field size are the most significant factors in determining a deepwater field’s economics.” Of course, since 1987, much of the technology, engineering, and project management tools and skills have improved. What does remain in today’s climate is a long-term outlook for high oil prices and many as-yet-undiscovered large offshore fields. So, it remains highly likely that offshore economics, despite risks, will seek to provide adequate, if not outstanding, financial returns for many years to come.

Drilling for and producing hydrocarbons from reservoirs thousands of feet below sea level is not an easy feat under any circumstance. Several major challenges have stymied further technological development, and many challenges will continue to present barriers to growth in the future.

Of course, as reservoirs get more complicated to drill through and exploration activities move deeper, the challenges for safe and productive drilling operations become even more pronounced. The offshore drilling industry has responded by designing and constructing larger rigs that can reach deeper targets with more advanced technologies. Godhaven stated that one of the key drilling technologies is the design of horizontal and multilateral wells, which are not new to the industry but whose application has tremendous value for offshore development. With large costs for drilling, and especially mobilizing and remobilizing equipment, the advent of multiple horizontal wells being drilled from a single surface location has been paramount.

On the production side of the business, engineers are challenged by operating with a limited reservoir data set and limited ability to access wells for servicing. Webb noted that much of the innovation in the production sector is aimed at overcoming challenges specific to deepwater environments—the combination of low temperatures, high seabed pressures, and gas and water that cause gas hydrates to form. He mentioned well intervention at the seafloor switches from divers to remotely operated vehicles at about 500 ft, which seems an obvious threshold for deepwater operations. In addition, deepwater offshore areas can encounter long swells, heavy seas, and complex and fast currents that vary in direction and speed. The weather, especially during winter, can be severe and lead to temporary suspension of operations. These factors make open-water operations complex, necessitating the design and deployment of sophisticated specialized equipment.

Altogether, as history shows, deepwater and ultradeepwater development has been a pinnacle component of the global oil and gas industry, and all evidence suggests it will continue to be so for many years to come. Although deepwater offshore projects are capital intensive, history has demonstrated that risks can be managed by the application of new and old technologies, solid decision-making, and exceptional project execution, especially in the area of drilling. With global energy demand rising, high oil prices for the foreseeable future, and large offshore fields being discovered, the question now becomes, “Where will deepwater development take us next?”

Jarrett Dragani earned a BS degree in mechanical engineering with a specialization in energy and the environment from the University of Calgary. He currently works for Cenovus Energy as a mechanical engineer supporting design and construction of the Christina Lake Oil Sands Expansion and has 3 years’ upstream experience working across various sectors of the industry in western Canada. He is a member of the SPE Calgary Section board as well as an editor for SPE’s The Way Ahead.

Maxim Kotenev is a reservoir geoscientist at Fugro Robertson in the UK, performing geological, dynamic modeling, and integrated exploration and field development studies. Previous responsibilities include geological and reservoir engineering work with Lukoil, Rosneft, and Technical University of Berlin, Germany. Kotenev was the president of the Ufa SPE Student Chapter and currently serves as vice-chair of the SPE London Section YP Committee. He has coauthored 15 technical papers. Kotenev earned BS degrees in petroleum engineering and petroleum economics and management from Ufa State Petroleum Technological University, Russia; an MS degree in petroleum geoscience from the University of Manchester, UK; and a PhD in petroleum engineering from the Academy of Sciences, Moscow.