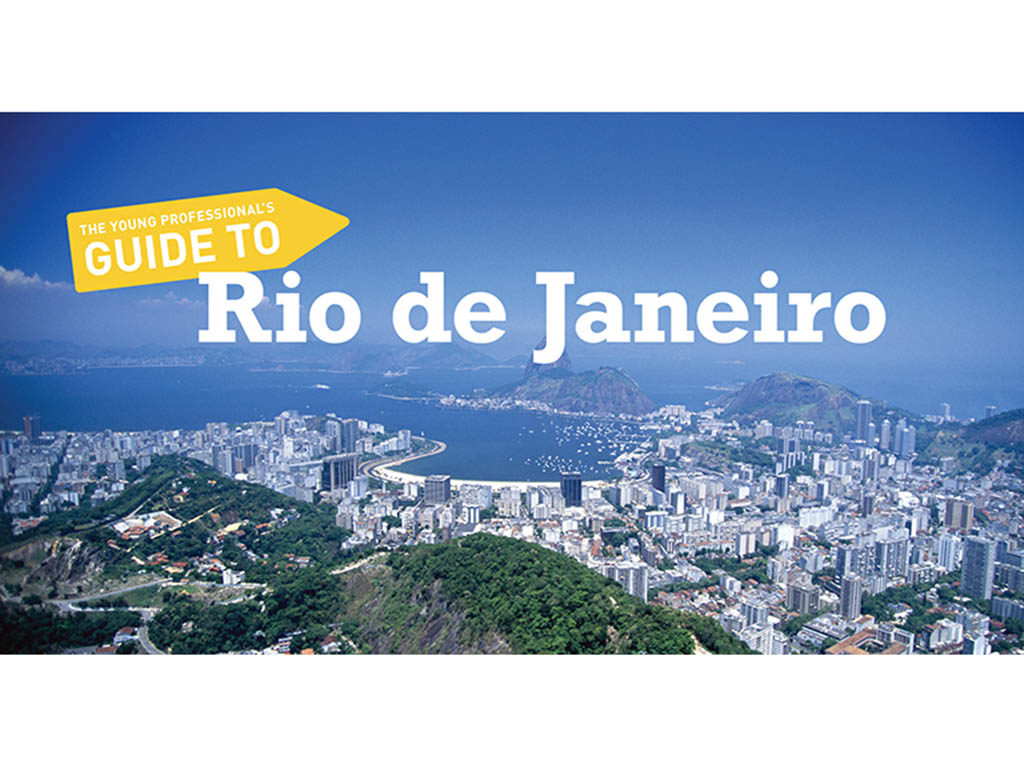 In 1641, the people of Rio de Janeiro celebrated in the streets when João IV was crowned king of Portugal. According to the official history of Brazil’s Carnival, this was the first expression of the Brazilian Carnival festival. In the 21st century, Rio de Janeiro continues its traditional celebrations while being a city that is rising to the forefront of many industries, including hydrocarbon exploration and Internet technology.

Rio de Janeiro, nicknamed Marvelous City, is commonly referred to as Rio. With a population of more than 6 million, it is the third-largest metropolitan area in South America and the second-largest city in Brazil.

A relaxing beginning to the Rio experience is to visit Copacabana, a neighborhood in Rio’s Zona Sul (southern zone), where you will find the 4-km-long beach for which the zone is known. The stunning white-sand beach is the locale of popular New Year’s Eve festivities and rock concerts, and 11 out of 15 times has been the official venue of the International Federation of Association Football (FIFA) beach soccer world cup.

A visit to the grand statue known as Christ the Redeemer is a must. Standing 130 ft high and reaching 98 ft wide, it is located at the peak of the 2,300-ft Corcovado Mountain in the Tijuca Forest National Park overlooking the city. Considered the largest art deco statue in the world, it is the world’s fifth-largest statue of Jesus.

When in Brazil, how can one forget what we have seen of football through the likes of international football stars Pele, Ronaldo, and Ronaldinho, who created history for their nation and the world to see. Much recommended is a visit to Rio’s Maracana Stadium, the largest in South America and one of several Brazilian venues to host the 2014 FIFA World Cup matches, including the final match.

While discussing Rio, one must mention the grand celebration, the Carnival of Rio. Known to some as “the biggest show on Earth,” it draws around 2 million people to the streets during each of the festival’s 6 or 7 days. Carnival is held just before Lent each year, and features parades, parties, and music such as Samba, for which Brazil is famous.

Rio houses the headquarters of two of the largest companies in Brazil: Vale, a mining company that specializes in iron ore and nickel, and Petrobras, a partially state-owned energy corporation. The city’s location along the coast positions it well for the offshore assets being developed in the Lula field of the Santos basin, which, before 2007, were estimated at close to 20 billion bbl for both proven and probable hydrocarbons. However, underneath 2 to 3 km of ocean, 2 km of rock, and another 2 km of salt (a total of 6 to 7 km) lies the presalt oil, which is expected to boost the country’s reserves by 50 billion bbl.

Wells drilled in such a challenging environment cost much more than typical deepwater endeavors, but wells in the Lula field are beginning to pay off. Petrobras is producing approximately 100,000 B/D from the presalt region it is developing. Within a decade, Petrobras projects it will be producing nearly half its petroleum from presalt wells and expanding production to just short of 5 million B/D.

This find comes at an opportune time, when Brazil is attempting to complete its economy’s modernization. In the 1970s, Brazil’s real gross domestic product (GDP) grew by about 8% annually, as more of its citizens continued to move to industrialized cities such as Rio and São Paulo. Inflation plagued the country for more than 2 decades but finally abated in the 1990s with the government’s launch of an economic stabilization plan called the Real Plan in 1994. Now, the federal republic could develop by leaps and bounds, in part due to new foreign investment focused on oil and gas exploration.

Government regulation mandates a high percentage of local sourcing for materials and services, resulting in many new jobs that sometimes are hard to fill due to a dearth of qualified workers. But Brazilian companies stand to gain. For example, a multitude of new jobs are being generated in and around Centro de Pesquisas Leopoldo Américo Miguez de Mello (CENPES), Petrobras’ research center, because of ultradeepwater projects under way.

Logistical problems associated with deepwater production appear here just as they do in the Gulf of Mexico and other areas of the world. The Lula oil field is approximately 160 miles offshore Rio de Janeiro, so floating production, storage, and offloading (FPSO) vessels will be required. Flow assurance in ultradeep waters may become a problem as well, especially once water injection wells are brought online for pressure maintenance; the production of water can cause hydrates to form in the flow lines. Finally, the refining capacity in Brazil needs to be built up to meet the demands of such prodigious rates as those already seen in the BM-S-11 block (containing the Lula field). Once production has been established, though, Brazil will no longer simply sustain its energy needs but will begin to export petroleum to other countries. Currently ninth in amount of daily oil production, Brazil is projected to move into the top five by 2020. This will add another layer of complication on what to do with the production once it is refined and ready for distribution.

The National Agency of Petroleum, Natural Gas, and Biofuels (ANP), which regulates Brazil’s oil business, requires that companies use as high a percentage of resources and labor from Brazil as possible. This is a key measure for success during bid rounds. There is also a 1% rule requiring that oil companies spend 1% of their revenue from producing hydrocarbons off the Brazillian coast on research and development (R&D). This is expected to generate a cumulative total of USD 9.5 billion in R&D spending in Brazil by 2020, according to an ANP estimate. An industrywide drive to produce hydrocarbons in deep waters, combined with tax incentives, has attracted major international companies to build R&D facilities in Brazil, including Schlumberger, Baker Hughes, GE, FMC, IBM, and EMC.

One of the first to invest in local R&D was Petrobras. In June 2012, the local operator unveiled a USD-237-billion capital investment plan through 2016.

In the late 1980s, Unicamp worked with Petrobras to create the first petroleum engineering program in Brazil. Baker Hughes is working with UFRJ to build and run a drilling simulator that will be the highest capacity such simulator in the world. It will be able to study drilling in an environment where the rock, pressure, and temperature can all be controlled to simulate formation conditions. UFRJ also has a huge wave tank, which is used to simulate what floating structures will experience in the deepest offshore waters. An important area of Brazilian university research is in developing an understanding of the complex carbonate reservoirs off the Brazil coast under layers of salt.

The Brazilian Association of Research and Development in Petroleum and Gas, a nonprofit organization founded in 2004, works toward making research in Brazil visible to a wider audience. It also has a quarterly electronic journal, the Brazilian Journal of Petroleum and Gas.

Deepwater exploration and development are vital to the oil and gas industry. Combine the challenge of deep water with the demands of exploiting the unconventional plays that lie below, and it’s easy to see why Rio de Janeiro is on its way to becoming a technological epicenter. Rio has strategically invested capital and human resources into meeting challenges that were difficult to predict just a few short years ago.

Looking further into the needs of the industry, Rio has also started to encourage Internet technology companies to relocate so the ever-changing IT landscape can grow with the local oil and gas sector.

Along with Rio, the economy of Brazil continues to thrive. Some estimates predict the Brazil, Russia, India, and China economies will eclipse the G7 economies by mid-2020, signifying a shift in geopolitical power.

Aside from its petroleum riches, Brazil is home to 60% of the Amazon rainforest, which is one of the richest areas in the world in terms of biodiversity. If petroleum exploration finds its way to the rainforest and industrialization continues to increase at its current rate, then strict environmental policies will be required.

Some major oil and gas companies already face charges by indigenous peoples in Peru for allegedly leaking wastewater into drinking water supplies. Deforestation for roads and equipment would add to damage previously inflicted by soybean farmers. However, this opens an opportunity for the industry to make a difference by voluntarily taking the best precautions to avoid unnecessary destruction of the rainforest.

For a young professional in Rio, the culture can only be described as life-changing. The people of Brazil and Rio de Janeiro are very proud of their heritage and will undoubtedly affect the way young professionals see the world. Festivals in the streets, sunsets along picturesque beaches, and nature’s beautiful aura all around provide a sense of amazement to the experience of Rio de Janeiro.

More About Brazil and Rio

Rio de Janeiro was the capital of Brazil for almost two centuries, from 1763 to 1960, when the capital was moved to Brasilia.

Many people mistake Rio as the capital of Brazil even now.

Brazil is the world’s sixth-largest economy and is expected to become the fourth in a few decades, driven primarily by the growth of the local oil industry.

Brazil borders every South American country except Ecuador and Chile.

Rio has 50 km of beaches spread out along the coast.