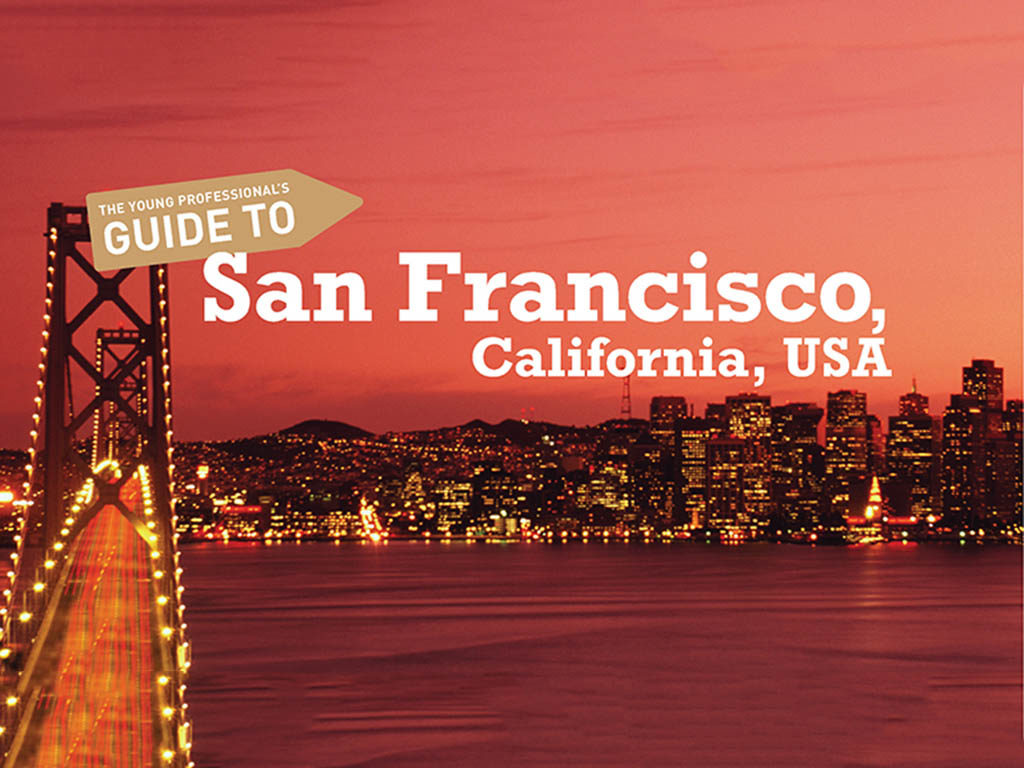 The new generation of engineers might have difficulty understanding there was a time when computers—and email, cell phones, and the Internet—were not vital to the oil and gas industry. The oil field is now monitored and controlled 24 hours a day from any location throughout the world. But, it was not always like that.

The rapid invasion of technology can be traced back to the US west coast. In San Francisco and the nearby area known as Silicon Valley, information technology (IT) developed from the idea stage into an industry that has changed the world. Can anyone conceive of a day at work without a computer and the Internet?

Although the monumental 1859 discovery of oil at the Drake Well in Pennsylvania is largely credited by historians as the discovery that sparked interest in kerosene as an illuminant, an argument can be made that California’s role in history was just as impactful. Nearly a decade earlier, in 1850, Andreas Pico took oil from seeps found in Pico Canyon—one of more than 500 onshore seeps documented in California—and distilled it into lamp oil at the San Fernando Mission. Then, in 1854, oil was collected from seeps and excavations at Sulphur Mountain, in Ventura County, and refined in stills for home use. Complete records of the operation are not available, but it is reported that, as early as 1856, a company organized in San Francisco began working the tar pits at La Brea Ranch, near Los Angeles, distilling oil.

Today, California produces more than 500,000 BOPD from its onshore fields, which, including 37,000 BOPD from state offshore waters and 66,000 BOPD from federal offshore waters, makes it the third largest oil-producing state in the United States, behind Texas and Alaska. Around 96 oil and gas fields have been discovered in California. Given the state’s world-renowned reputation as ground zero for the environmental movement, this figure might be counterintuitive; but, make no mistake: This state is hungry for energy, and, at times, the industry has trouble keeping up, with the California electricity crisis of 2000–01 still fresh in people’s minds.

California’s environmental reputation, particularly regarding offshore drilling, is based on reaction to various disasters, most notably the 1969 blowout of a well in the Dos Cuadras field in federal waters. This historic blowout caused a large spill, which resulted in a 35-mile-long oil slick along the Santa Barbara County coastline. The public outrage engendered by the spill, which received prominent media coverage in the US, resulted in numerous pieces of environmental legislation within the next several years, legislation that forms the legal and regulatory framework for the modern environmental movement in the US.

The California State Lands Commission (CSLC) has not granted any new leases for offshore drilling within its jurisdiction—out to the 3-nautical-mile limit—since 1969, although existing operations, such as at Platform Holly on the Ellwood field and Rincon Island on the Rincon field, have been allowed to continue. Nine active offshore drilling and production locations remain in state and municipal waters, while 23 platforms remain in federal waters.

In 2009, California’s then-Governor Arnold Schwarzenegger, in an attempt to provide increased revenue to a state in financial disarray, proposed lifting the ban to allow new drilling offshore Santa Barbara County from the state portion of the Tranquillon Ridge field. His provision was not only rejected by the CSLC by a 2–1 vote, but he himself withdrew his support for the plan in reaction to the Deepwater Horizon oil spill, famously uttering, “I see on TV the birds drenched in oil, the fishermen out of work, the massive oil spill and oil slick destroying our precious ecosystem. That will not happen here in California, and this is why I am withdrawing my support for the T-Ridge project.”

But the oil industry in California is not only offshore. The San Joaquin Valley region, south of San Francisco, is one of the world’s main heavy-oil hubs, where thermal enhanced oil recovery has been used for more than 50 years to increase recovery factors and extend these fields’ productive life.

The oil industry has always had a presence near San Francisco. A short 30-minute drive from San Francisco is the town of San Ramon, where major operator Chevron has its global headquarters. Additionally, Occidental Petroleum has its headquarters in Los Angeles, also once the home of Baker International, the predecessor to Baker Hughes.

Silicon Valley, located at the southern end of the San Francisco Bay Area, is where several of the world’s largest IT corporations are located; among those are giants Google, Apple, Facebook, and Cisco Systems. The region’s name owes its origin to the numerous silicon chip innovators located in that area, which has expanded to become the world’s main IT hub and high-tech industry center. Silicon Valley is home to one of the US’s most important universities, Stanford, which has had a great influence in both the IT and oil and gas industries.

The innovative, technology-development spirit of the valley has influenced the petroleum industry. Companies work with universities and form consortiums to further research in and around San Francisco, primarily in Palo Alto, Stanford, and San Ramon.

The Reservoir Engineering Research Institute (RERI) is one such example. It was formed in 1990 as a nonprofit research organization to focus on the dynamics of reservoirs at various stages of production. Board members and researchers for RERI hail from a number of major operators and service companies (for example, Shell, Chevron, ExxonMobil, Japex, Halliburton, and Schlumberger) with vested interests in the areas of study as well as from universities from around the world, such as Stanford University, The University of Texas at Austin, University of Stavanger, Czech Technical University, University of Calgary, and Texas A&M University at Qatar, to name a few. Several branches of thermodynamics study, covering irreversibility, interfacial tension, and bulk-phase equilibrium, are being developed in tandem with studies of gas condensates, cold production of heavy oils, and the increasing efficacy of reservoir simulation code. Specific projects include bubble nucleation in porous media, asphaltene precipitation from live oils, multicomponent flow in fractured reservoirs, and wettability alteration.

Stanford University’s School of Earth Sciences has teamed up with corporations in its industrial affiliate program to facilitate knowledge transfer and help interface academia and industry more smoothly. Its Basin and Petroleum System Modeling Group trains and studies risk assessment techniques and visualization methods. Another group is tasked with the evaluation and development of geothermal fields; others research organic geochemistry, smart field systems, and high-performance computing.

San Francisco: The City to Visit

The San Francisco metropolitan area has not only nurtured a thriving IT industry, but it is also a unique and beautiful city. As the state’s fourth highest populated city, the vibrant and dynamic city of San Francisco is located on the west coast of the United States.

San Francisco is among the world’s most attractive tourist destinations. The city is distinguished by its precipitous rolling hills, the striking Golden Gate Bridge, cable cars, Fisherman’s Wharf, Pier 39, and Chinatown.

In addition to its tourist attractions, San Francisco also boasts one of the world’s major finance centers, with more than 30 financial institutions, mostly located in the city’s Financial District. This area can be easily spotted by its cluster of high-rise towers.

San Francisco is full of distinctive, instantly recognizable sights and sounds—Lombard Street and the clacking cable cars among them. The most famous of San Francisco’s landmarks is the Golden Gate Bridge, voted by the American Society of Civil Engineers as one of the modern Wonders of the World, built in 1933 to connect San Francisco to Marin County.

Another famous landmark, located at the edge of the bay, is Fisherman’s Wharf, a place buzzing with activity and culinary delights. The highlight for most is the variety of seafood specialties. Fresh seafood is never an issue, with continual plenty from boats providing the catch of the day. The wharf provides one of the world’s best dining experiences. Fisherman’s Wharf is also home to hundreds of sea lions that are a major attraction for tourists from around the world.

A hidden gem in San Francisco is Lombard Street, the most crooked street in the world. Lombard Street is located between Leavenworth and Hyde streets. Its road design was proposed by one of the property owners, Carl Henry, to reduce the incline to make it safer and more reasonable both for drivers and pedestrians. The street is a one-way road, about a quarter of a mile long, paved with red brick, and lined with beautiful plants. Lombard Street has been featured in countless movies and television programs.

The oil and gas industry is shifting away from being a “drill and strike” operation to one with a dependence on technology and IT that makes once unimaginable intelligent well completions and remote monitoring possible. A forward-thinking professional can see the day in the not-too-distant future when Silicon Valley will become even more vital to the energy industry. San Francisco and the surrounding area have reinvented the way we work and communicate. How long will it be before we are controlling reservoirs from our cell phones? Perhaps sooner than you think.

Young professionals in the energy sector today have grown up with technology. The new generations of engineers fearlessly embrace and incorporate cutting-edge technology. Expect San Francisco and the surrounding area to be vital as the industry moves toward a smarter, more sophisticated oil field. As the transition occurs, be sure to slow down and visit San Francisco, where a beautiful sunset glowing against the Golden Gate Bridge provides the perfect backdrop to an emerging world that combines technology and energy.