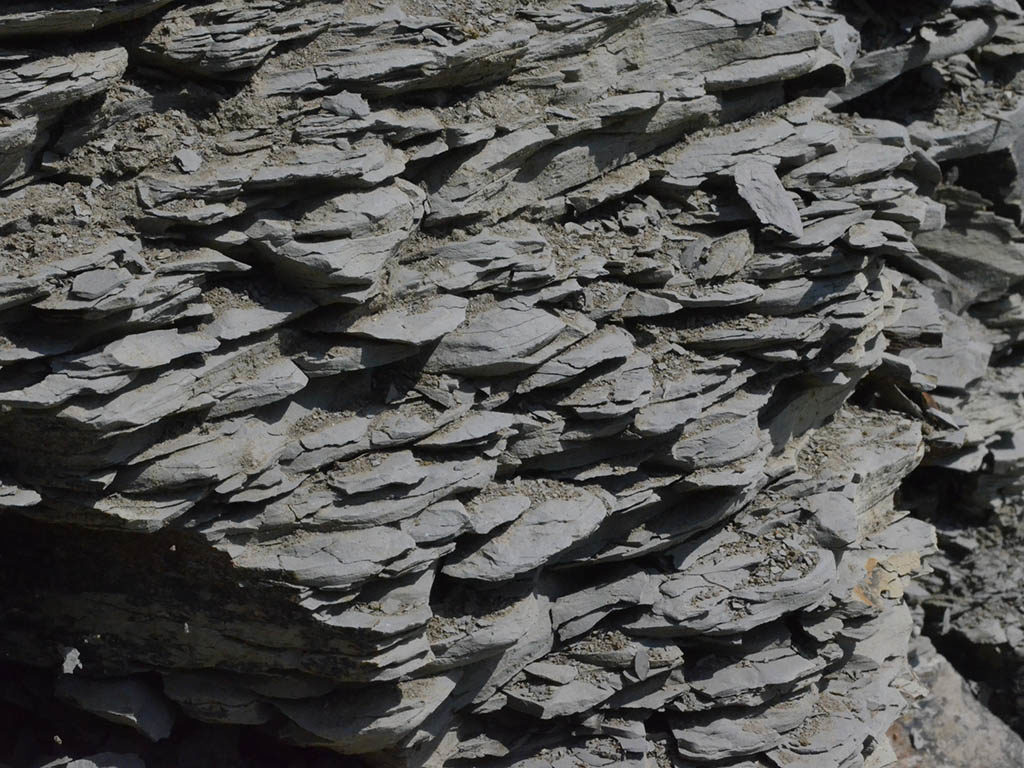 Shale gas is defined as natural gas occurring in shale formations. It is an unconventional energy resource, which has become an increasingly important source of natural gas globally and has the potential to grow as a major energy source in the next decade. However, production of shale gas remains technically and economically challenging.

Shale acts both as source rock and reservoir rock. Having high total organic content and falling in the gas window (302°F–392°F), shale has sufficient potential to generate huge amounts of natural gas. Generally, natural gas is stored in a shale matrix, which is highly porous but has very poor permeability. This makes it difficult for gas to move into the wellbore. Gas production in commercial quantities requires the presence of fractures to provide permeability. Some shale formations have natural fractures, which act both as storage space for natural gas and as a transport medium from the matrix interior to the wellbore. The recent boom in shale gas production was made possible by the application of hydraulic fracturing, which creates extensive artificial permeable fracture paths in the shale matrix—acting as highways for natural gas transport to the wellbores.

The storage mechanism of natural gas within the shale matrix is complex. Approximately 15% of the gas produced is held in natural fractures and some in pore spaces. The remaining 85% of the gas is stuck to the shale matrix by a process called adsorption. Wellbore production of adsorbed shale gas is enabled by the process of desorption, which occurs with reservoir pressure reduction. Many recent works suggest that desorption of the adsorbed natural gas may significantly affect the production behavior of gas wells. Previously, adsorption was considered an unconventional mode of gas storage and the effects of gas desorption were usually ignored in conventional reservoir engineering.

Generally, there are two types of adsorption processes:

Shale mineralogy plays a great role in determining the amount of gas that is physically adsorbed to shale surfaces. Because most of the shale gas reservoirs are isothermal in nature, temperature has little effect on desorption, whereas pressure plays a dominant role. This type of adsorption/desorption process can be explained by the Langmuir, Brunauer-Emmett-Teller, and Freundlich isotherms.

Shale gas is an important unconventional energy source for our future needs. Commercial production of shale gas began in the past 10 years. The first commercial shale gas production was realized from the Barnett Shale by Mitchell Energy. The breakthrough technologies that stimulate shale gas reservoirs and have reshaped economic profitability are horizontal well drilling and multistage hydraulic fracturing. Hydraulic fracturing creates paths for gas migration from reservoir to wellbore and simultaneously enhances desorption of natural gas from shale surfaces. A closer investigation of desorbed gas release and long-term well productivity will give a clearer picture for putting greater numbers of shale gas wells into production.

Shale gas production cost stands at USD 5 to USD 6 per MMBtu, which is slightly higher than conventional gas production. Today, 20% of total gas consumption in the US is shale gas. Based on today’s shale gas recoverable reserves and present rate of production, it is likely that this unconventional energy source will ramp up and be capable of meeting energy needs over the next 100 years.

Jitendra Das is an executive engineer (reservoir) at Oil and Natural Gas Corporation in India. He also worked as a senior production engineer for 3 years at Reliance Industries in India. Das is an active member of the Indian Science Congress Association, the Indian Institute of Chemical Engineers, and SPE. He has worked in a number of research and development projects with the Institute of Reservoir Studies, the Institute of Oil and Gas Production Technology, and the K.D. Malaviya Institute of Petroleum Exploration. Das received a BS degree in chemical engineering from Biju Patnaik University of Technology in India.