The Future of Oil and Gas Needs New Perspectives on Technology 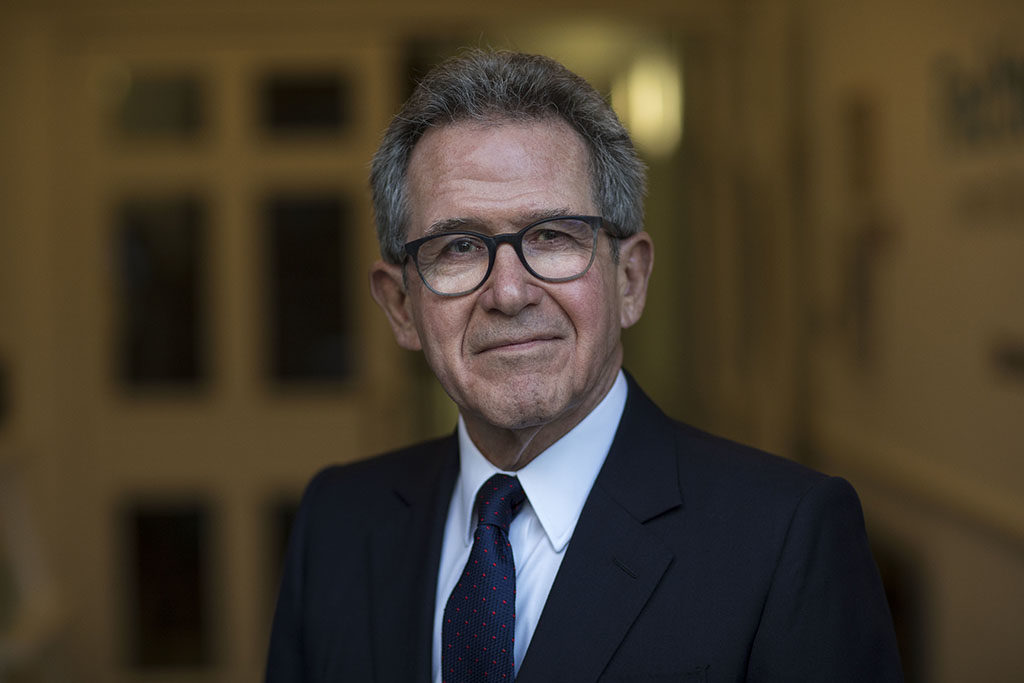 John Browne is the former CEO of BP. He recently sat down for an interview to discuss his new book Make, Think, Imagine: Engineering the Future of Civilization. The book discusses how progress is made possible in the world—and the driving factors behind it.

As an engineer,  Browne is uniquely positioned to pinpoint the channels through which engineering has driven the development of civilization. His work creates links between the engineering principles that brought society where it is today with the principles needed to solve society’s most pressing problems—from climate change to privacy and data security. As a former chief executive of BP, Browne’s thoughts on engineering a better future are particularly relevant to the oil and gas industry.

Great event @TheCrick last night. Someone asked me if, like bacteria, human civilisation is fated to grow exponentially, and then go into terminal decline. I said no. Thanks to engineering we will keep finding new ways to get energy and use our planet’s resources more sustainably pic.twitter.com/rDxMHYbVAJ

Challenges to Technology Integration in the Oil and Gas Industry

Throughout the world, industry leaders are searching out the balance between what can be done and what should be done. Society is concerned with a plethora of developing technologies and the implications surrounding them—from artificial intelligence to gene editing to climate change and energy. Across sectors, engineers are grappling with the issue of balancing what their industry is capable of doing with the long-term ramifications of such capabilities, so as to determine what the industry should be doing.

According to Browne, one of the single biggest challenge for the oil and gas industry is the production of carbon and methane, and their impact on climate change. Engineers in the industry must pursue methods of reaching zero emissions of methane, a task that requires technology that allows for enhanced detection and remote sensing methods. Carbon capture and storage methods are also vital areas requiring attention, as the modern world’s dependence on oil and gas is unlikely to end soon, making it important that engineers work to eliminate the vast amount of carbon dioxide produced from burning hydrocarbons. In addition to the physical engineering required, public policy engineering must also take place to ensure that such measures are publicly supported and enforced.

Safety is another key concern within the technology realm of the oil and gas industry. Throughout the history of the field, regular advances have been made to ensure the safety of workers. Browne states of the issue, “Everyone knows that around a hazardous production plant, it’s a very good idea to have no people and to have mechanized processes to detect, adapt, and manage the plant [through automation]...when you deploy hardware of any sort in a hazardous environment, you have to make sure it’s really, really safe.”

Across sectors, industry leaders are debating the causes and consequences of technological advances. Peter Thiel, founder of PayPal, astutely summed up his own view on historical technology trends with the statement, “There has been a lot of progress in the world of bits and not so much in the world of atoms. So there's been a lot of progress in computers, not as much in some other areas such as...energy or transportation or even biomedic[ine]. And so the hope is that we can re-accelerate progress so that technology is not just synonymous with computers.”

Browne takes a slightly different approach, highlighting the advances in hardware and physical engineering which have made software-based progress possible. When considering advanced learning algorithms, artificial intelligence, or current data storage capabilities, one should bear in mind the 50 years of hardware development that allowed for such technologies to exist. As society becomes accustomed to technology, it becomes easier to take the hardware advancements behind it for granted.

In light of this, industry leaders must acknowledge the profound historical impact hardware advancements have made, while pursuing new avenues of developing the hardware advancements that will support the technology of tomorrow. This is especially poignant when considering the effect each industry can have on others. For example, initiatives on the part of the oil and gas industry to lower emissions have the power to save an uncountable number of lives. Browne succinctly says of this, “I contend that more lives are being saved by engineers than have been saved by clinicians. Clean water and clean air will save more lives than anything else we know—and that’s all about engineering.”

The Future of Technology in Oil and Gas

Within the oil and gas industry, Browne points to key advances in future technologies that will address data collection and processing methods. As engineers develop these technologies it will be possible to remove more personnel from hazardous work areas and create a step change in the reduction of safety incidents. The additional data and processing capabilities can also be used to increase production efficiency.

The key to success with these advancements relates to the ability of engineers to construct hardware platforms capable of working with resulting software advances. In such a developed and capital intensive industry, engineers must also consider how they can best ensure that new technologies do no harm. Such considerations range from physical safety ramifications to cost efficiencies and implications for future use.

Furthermore, as the technological landscape of oil and gas evolves, large companies such as BP and Shell are collaborating on research development with smaller, outside companies. Browne notes that innovation tends to take place more readily and more often in the hands of small organizations. This allows for the development of new technologies in smaller environments that are more willing to pursue new ideas and higher levels of risks when compared to industry giants. As innovative technologies gain traction, large companies are then able to inject capital into them and then provide beta testing sites for their deployment. According to Browne, this is an ideal ecosystem for technological development in the oil and gas industry.

Adam Miszewski is the global operations manager for AnTech and oversees the planning and execution of global drilling operations. He is also active in developing and integrating operations with strategic partners for successfully executing coiled tubing drilling projects for the company. After graduating from Imperial College London, Miszewski began his career at BP as a drilling engineer delivering offshore wells in the North Sea, UK.  While in Aberdeen, he was an active member of the SPE Aberdeen Section Young Professionals Committee.