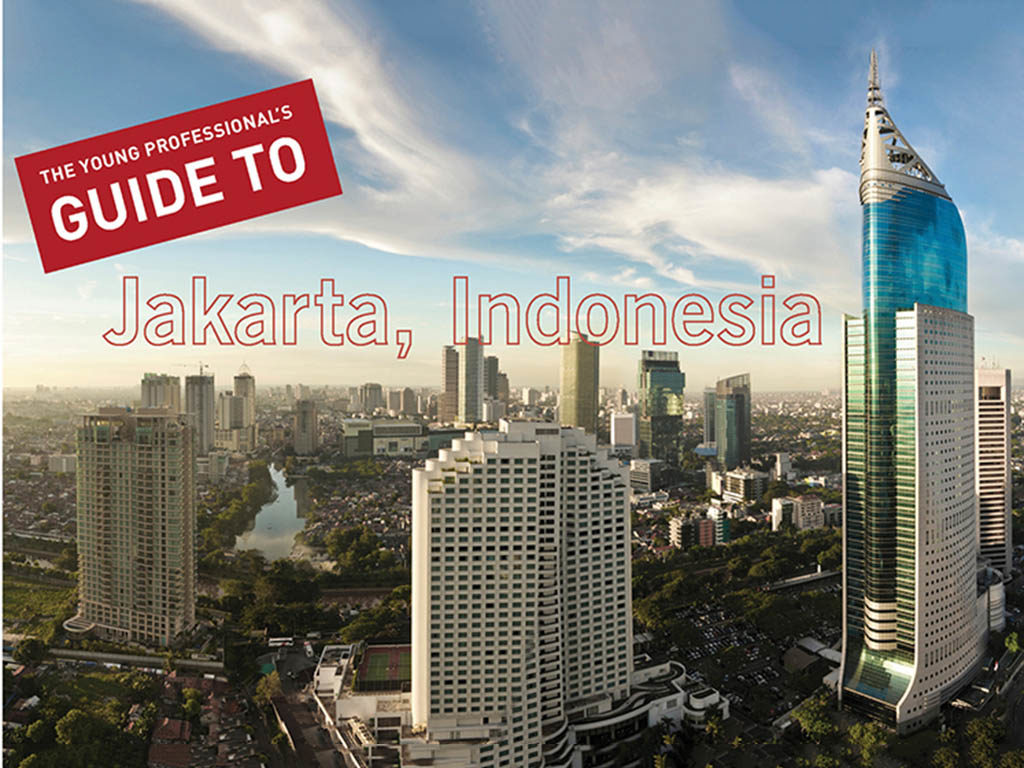 Frommer’s travel guide describes Jakarta as a “steamy, raw, chaotic place that puts all five senses in overdrive” and “not for the faint-hearted.”

Surrounded by the Indian and Pacific oceans and located on the northwest corner of the island of Java, Jakarta is a dizzying and sprawling metropolis. A city that used to serve as an integral trading port for the kingdom of Sunda and the de facto capital of the Dutch East Indies, Jakarta continues to be an economic, cultural, and political epicenter for southeast Asia.

Another major challenge for Jakarta is the city’s low topography (40% of Jakarta is below sea level), which makes it prone to flooding. The latest of these large floods happened in 2007, when torrential rain covered approximately 70% of the city in water up to 4 m deep.

In spite of its heartbreaking poverty, terrible traffic, and muggy weather, Jakarta is a rich stew of multiethnic influences 1,500 years in the making, a result of the influx over the centuries of Indian, Arab, Chinese, and European traders and settlers.

Jakarta is the epicenter of life, business, and cultural activity in Indonesia. The amalgamation of several ethnicities is inevitable with such a large city. The Betawi people are a product of Jakarta’s economic flourishing in its colonial days before the 1940s. They formed the core of the population and still exhibit influence today, especially during the Jalan Jaksa festival (also known as the Kemang festival).

To experience some of the traditional music that is slowly fading from everyday life, visit one of the many high-class hotels that put on Wayang performances (typically a full night’s worth of entertainment consisting of shadow puppets, stories, and music) or Gamelan (metallophones, xylophones, flutes, percussion, and stringed instruments) music bands.

Unfortunately, venturing far from one’s accommodations may be difficult, because the infrastructure is still being developed for private vehicles and there is a shortage of public transportation. However, if you find yourself near the center of Jakarta, you might indulge in the myriad museums housed in the converted administrative buildings of colonial era Jakarta (known as Batavia then). The themes of the museums include religion, fine arts, textiles, and science, telling the story of the many influences each visiting and inhabiting culture had on the city.

Although the official language of Indonesia is Bahasa, tourists will find that asking for help or directions is very simple because English is the prevailing foreign language used. Also, most hotels have translators for Japanese, Mandarin, and some Western languages, such as German, Dutch, French, and Spanish. Body language is generally not an issue; shaking hands with men and women alike is typical, but beckoning with the index finger or giving and receiving things with the left hand is impolite.

Jakarta provides a diverse range of education options to go along with its diverse population. Public, private, and international schools provide options for local residents or relocated families from many parts of the world. Advanced degrees are also offered in Jakarta at the University of Indonesia (UI), Jakarta State University, and Jakarta State Polytechnic. Universities in Jakarta offer technical degrees in all aspects of engineering, along with degrees in all phases of academia.

The oldest university in Jakarta, UI, dates to 1850 when the Dutch East Indies established the location to train nurses and medical assistants. Over the next 160 years, the UI campus has grown to include all aspects of higher education. UI has become a world leader in green initiatives on college campuses. In 2010, the university established the Green Metric, where universities throughout the world submit their commitment to going green and working toward sustainability on their campuses.

Indonesia’s collection of 17,000 islands—which makes it the world’s largest archipelagic state—extends across nearly 1 million km2 and several key oil and natural gas basins. In combination with its domestic oil and gas activity and manufacturing muscle, its strategic location between Australia and continental Asia makes Indonesia’s capital a natural hub for oil and gas activity.

Oil & Gas Operations in the Region

Unconventional resources and fragile formations provide technical challenges for the oil and gas plays around Jakarta. Thick carbonates are naturally fractured and cause losses during drilling gradually or rapidly, depending in part on the thickness of the bedding. This is prevalent in the Mahakam Block, which contains the Tunu, Tambora, and Peciko gas fields; these fields produce about 80% of the gas going to one of the largest liquefaction plants in the world, the Bontang liquefaction plant. It is located in Kalimantan on the island of Borneo, which is bounded on the north, east, and south by plate boundaries known to be or to have been active in recent geological history (mainly in the Tertiary period). This activity, or possibly carbonate dissolution, may be the predecessor for the faulting in some of the formations. To combat this lost circulation, a uniquely Indonesian technology (developed and sourced in the region) employing an organic cellulose fiber has been implemented with great success. Field procedures have also been adapted to help quickly understand the efficacy of sealing within wellbores as well as to handle the fluid properly to avoid excessive treatment.

Indonesia’s upstream oil and gas regulatory agency is called BP Migas. BP Migas is a state-owned legal entity mandated by law to supervise and control production sharing contracts’ (PSC) execution through partnerships to ensure the success of upstream oil and gas business activities and maximize the state’s revenue for the benefit of the people of Indonesia. The agency reviews field development plans and approves PSCs’ work plans and budgets. It also monitors the cooperation contract implementations and reports them to the minister.

Pertamina, the state-owned oil and gas company based in Jakarta, focuses on finding new oil and gas reserves and improving production of the existing and recently discovered reserves. In order to improve oil production, Pertamina invites foreign oil companies to cooperate in the exploration and production of oil and gas as contractors. One of the Pertamina contracts is a PSC in which Pertamina is responsible for the management of petroleum operations, whereas the contractors engage in exploration operations at their own financial risk. These expenses may be recovered once commercial production commences.

In order to increase production, new incentives have recently been put into place. Oil production in Indonesia has been declining since 1995, when production reached its peak at 1.6 million B/D. In 2011, Indonesia’s crude oil production totaled just 903,441 B/D, down 4.4% from the previous year and down a staggering 43.5% since its peak. In December 2011, MP Migas announced that 15 oil and gas projects would begin production in 2012. The production rate from these new projects is expected to be about 1.15 MMscf/D of gas and 32,200 BOPD. A press statement published by the ministry stated that 11 of the contractors have pledged to invest USD 201.3 million on exploration in the first 3 years.

Three of the aforementioned projects are on the West Madura Offshore Block located in East Java. These three projects are expected to produce 25,800 BOPD in 2012, increasing to 40,500 BOPD in 2015. In addition, a large project operated by Kangean Energy in East Java is projected to produce approximately 300 MMscf/D of gas in the second half of 2012.

Even though oil production is declining, significant reserves of natural gas remain in Indonesia. As of May 2011, merely one-third of Indonesia’s natural gas basins had been explored in the archipelago, and these alone give Indonesia the largest natural gas reserves in the Asia Pacific region.

Moving forward, Jakarta (and Indonesia as a whole) stand to benefit greatly from unconventional resource technological advances. The untouched natural gas and offshore oil basins have the potential to allow Indonesia to be an energy self-sufficient country, reversing the 3.61% annual sector reduction and negative job growth. These basins have remained untouched because of the high cost of extraction and the required upgrades to the infrastructure in Indonesia. Government incentives are being introduced to encourage development, but internal disagreement has stalled the implementation of any such reform. As a show of local commitment, Pertamina is attempting to increase its oil and gas output, with a goal of 1 million BOE/D by 2015.

The natural resources surrounding Jakarta have the potential to impact Indonesia in a way that will greatly benefit future generations. If the investment is made to provide state-of-the-art technology and infrastructure improvements, then Jakarta can position itself to be the “Big Durian” of the industry.