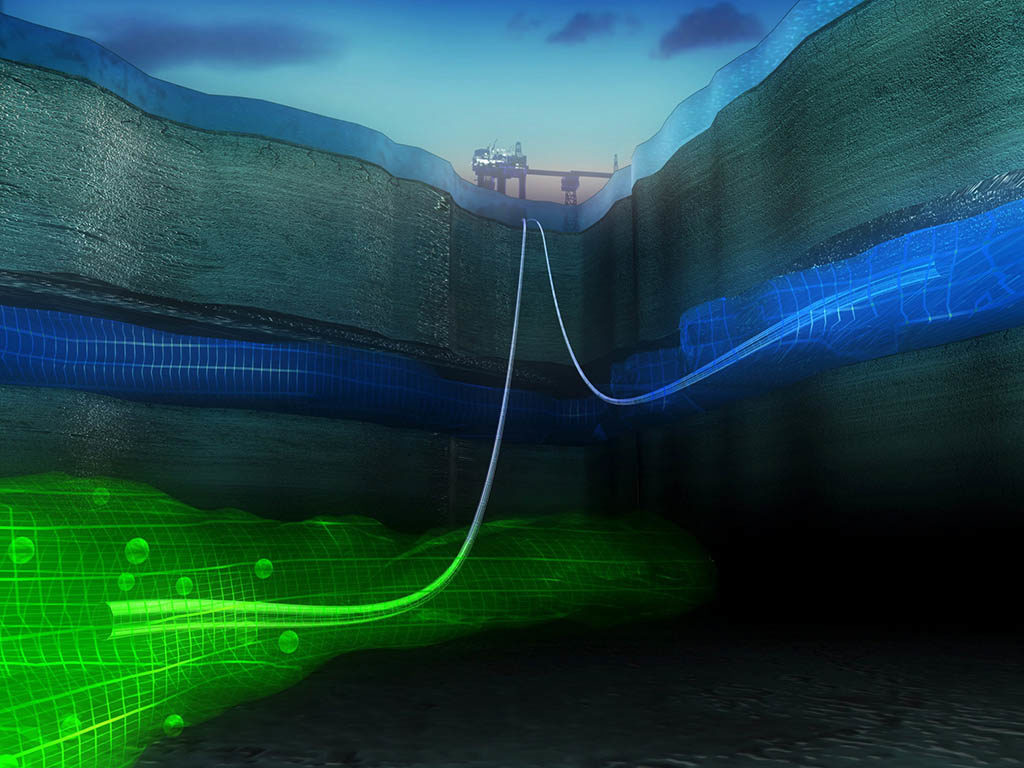 What You Need To Know

Meeting the growing global energy need is the biggest challenge for humankind in the 21st century. Worldwide energy consumption in the year 2001 was 404x1015 Btu (~200x106 BOEPD). World population is increasing along with per capita income, especially in developing countries such as China and India. Because energy use increases with income, energy consumption is expected to triple in this century.

As of 2000, oil accounted for 39% of all energy use; gas and coal provided 23% and 22%, respectively. Renewables (e.g., solar, wind, hydropower, biomass, etc.) and nuclear energy sources supplied about 7% and 9%, respectively, of the world’s total energy consumption. Electricity from solar energy costs about USD 314/MWh compared with about USD 41/MWh from gas. Concerns about the safe disposal of radioactive material are limiting the building of nuclear fission reactors. The role of renewables is very important in the long-term energy mix, but is not expected to increase much in the next 20 to 50 years, barring some major technological innovation in these fields. Because of these economic, environmental, and technological limitations, fossil fuels—oil, gas, and coal—must meet most of the increasing demand.

The three major sources for future oil and gas production are residual oil, deepwater reservoirs, and unconventional resources. In the past 150 years worldwide, we have produced a conservatively estimated 2.5 trillion bbl of oil. For every barrel of oil produced, we have left behind about two barrels in the reservoirs. That oil needs to be produced to meet future demand. Most onshore and shallow marine regions are highly explored. But many reservoirs are buried in deep oceans, especially below the salt layers, thus making them difficult to identify by seismic logging. A significant amount of oil and gas may be lying in these reservoirs. Unconventional resources include the Athabasca tar sands in Canada, kerogens, shale oil (e.g., the Bakken formation in the United States), hydrates in marine sediments and the Arctic, and shale gas resources (e.g., the Marcellus Shale in the US), to name a few.

Burning fossil fuels leads to carbon emission into the atmosphere. There is significant uncertainty in global atmospheric carbon data, which estimate that CO2 presence has fluctuated between 200 and 280 ppm for the 400,000 years before the Industrial Revolution and has increased since then to 370 ppm. Global carbon emissions can be slowed by sequestering the CO2 emitted by fossil fuel use. The CO2 can be injected into deep aquifers, depleted oil and gas reservoirs, hydrate reservoirs, and coal seams. In fact, injection of CO2 into depleted oil reservoirs both increases residual oil recovery and sequesters CO2 at the same time. It is important for the energy industry to balance the need for increased fossil fuel production while ensuring that care is taken to protect our environment.

There are several techniques to enhance oil recovery beyond that achievable with conventional techniques of pressure depletion and waterflooding. Chemical flooding involves injection of ions, surfactants, and polymers to reduce the residual oil saturation, change the wettability, and increase the sweep. These techniques are more expensive than waterflooding, but economical at current oil prices (~USD 100/bbl). Chemical flooding has been applied commercially only in a few fields (e.g., Daqing, China); however, many field tests are being conducted.

Miscible flooding involves injection of high-pressure gases (e.g., CO2, hydrocarbon gases) that mix with oil and mobilize it. If the pressure is high enough, miscibility (mixing in all proportions) occurs. The key problem is sweep efficiency. Water-alternating-gas and foam-injection schemes are being developed to improve the sweep efficiency of these processes. Miscible flooding has been applied successfully in west Texas and Alaska because of the availability of inexpensive gas. If CO2 sequestration becomes a reality, more gas will be available for miscible flooding.

Microbial techniques involve injection of microbes or nutrients for in-situ microbes that can secrete polymers or surfactants to block pores or reduce residual oil saturations. A few pilot tests have been conducted; however, more reliable tests need to be developed before these processes can be commercialized. Applying enhanced oil recovery (EOR) techniques to highly heterogeneous and fractured reservoirs remains a challenge.

EOR techniques are more complex than pressure depletion and water injection. Physicochemical interactions between rock, brine, oil, and chemicals need to be understood. Engineering and operations personnel need to appreciate the complexity of the process and execute these techniques properly. They are often considered tertiary techniques, but need not be. The entire productive life of the field should be considered at the beginning of oil production, and the timing of each process should be determined from the standpoint of oil production maximization.

Most newly discovered reservoirs are offshore. To minimize the cost and environmental footprint, the wells are going to be few, but extremely complex and have many laterals. Drilling such wells in deep and ultradeep waters, to increasingly greater depths below salt layers, is technically challenging. Because many branches connect to a single well, they need to be equipped with sensors and actuators and controlled remotely. Additionally, because the fluids come from several branches and undergo severe pressure and temperature changes while traveling from reservoir to platform, the fluid phase behavior must be studied and the formation of solids should be avoided. Because the wells are few, it is necessary to characterize the reservoir away from the wells. This is an important challenge for reservoir characterization specialists. As offshore developments are expensive, it is important to enhance the production rate and shorten the production time without sacrificing sweep and recovery.

In the past decade, hydraulic fracturing technology has advanced significantly to unlock vast deposits of shale gas. The permeability of shale gas reservoirs is in the range of 1 to 100 nanodarcies. Horizontal wells are drilled into these reservoirs and 10 to 100 fractures are created from the horizontal well to connect the pore space to the wellbore. This technique has helped operators get good initial flow rates out of these reservoirs, but long-term production remains uncertain. Conventional logging theories may not apply to these formations. Improved logging and understanding of transport in these nanodarcy rocks can improve total gas recovery. In Arctic regions and underneath the seafloor, natural gas is often deposited in the form of hydrates. These reservoirs can be produced by depressurization and warm waterflooding. The issues are detection of high concentration regions and avoidance of gas leaks to the ocean.

Unconventional oils include shale oil, kerogen (oil shale), and extra heavy oil. Shale oils are light oils trapped in very low permeability rocks. Horizontal wells with multiple fractures are being developed for primary production of this oil, but the maximum recovery is on the order of 5% of original oil in place. Techniques must be developed to go beyond primary recovery. Electrical and thermal methods are under development for kerogen deposits and extra heavy oils. Chemical and biochemical methods are being explored to upgrade heavy oils in situ.

Oil and gas drilling, completion, and production operations are particularly difficult in offshore environments. Remediation must be included in the planning stages to minimize potential environmental impacts. Large volumes of water are handled during production operations, and techniques must be developed for water reuse and safe discharge.

Another key learning field is CO2 sequestration. CO2 captured from power plants can be injected into deep aquifers, depleted oil and gas reservoirs, hydrate reservoirs, and coal seams. However, the systems must be developed to monitor for long-term migration of injected CO2 into the geological strata.

The demands of EOR projects, production from ultradeep water and unconventional reservoirs, and mitigation of environmental impact require that today’s engineers learn the skills that they will need in order to succeed tomorrow. It requires broad knowledge of the fundamentals of reservoir science, drilling, stimulation, logging, and production engineering. Young professionals need to be knowledgeable about transport in porous media, physicochemical interaction of chemicals with rock, phase behavior of complex fluids (e.g., surfactants, polymers, nanoparticles, hydrates, asphaltenes, etc.), rock mechanics, electromagnetic properties, and chemical/biochemical reactions.

To optimize and control these complex processes, numerical models must be developed in multiple scales (from pore to reservoir scale), and sensors and control instruments must be installed downhole. Fulfilling the increasing global energy demand is one of the biggest challenges of this century, and young engineers must prepare themselves now to meet it.

Kishore K. Mohanty is a professor of petroleum engineering at the University of Texas at Austin. He was the executive editor of the SPE Journal during 2001–2003 and won the Pioneer Award at the SPE Improved Oil Recovery Symposium in 2008. His research focuses on enhanced oil recovery, formation evaluation, improved fracturing, and nanotechnology. He received a BS degree from the Indian Institute of Technology, Kanpur, India, in 1976 and a PhD degree from the University of Minnesota in 1981, both in chemical engineering.