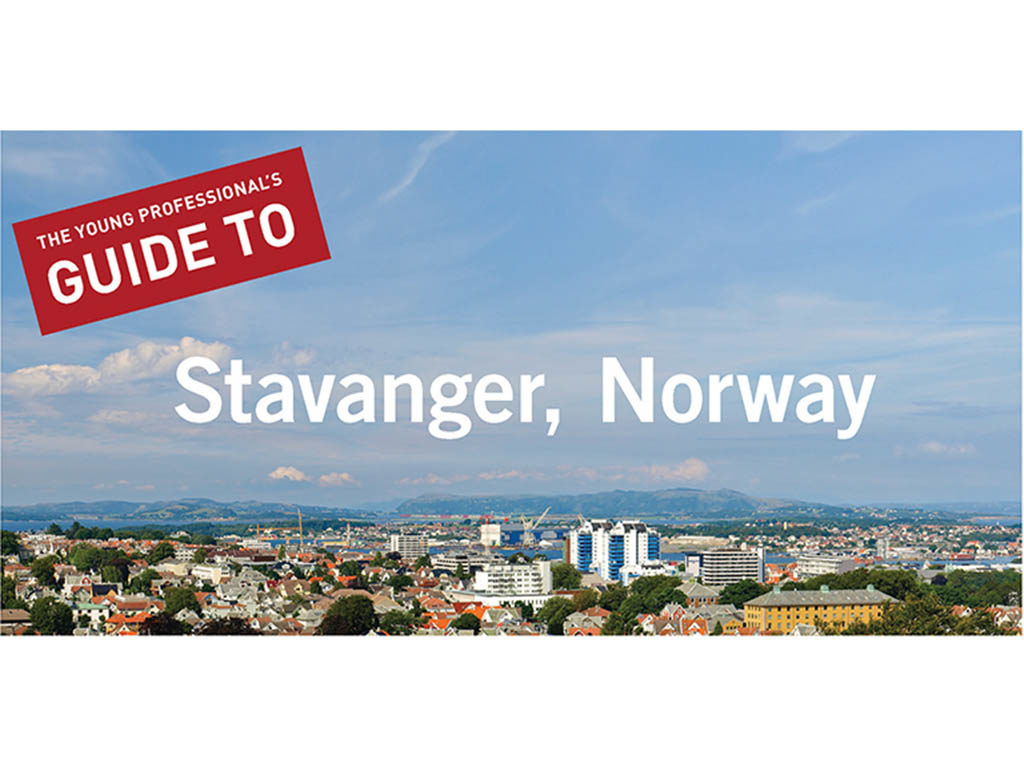 In the land known for the midnight sun, beautiful snow-clad mountains, and the green sky lights, there is a place where the “black gold” shines. The oil capital of Norway, the southwest coastal city of Stavanger has grown into one of the major international oil and gas hubs. As the importance of North Sea oil and gas production has increased for Europe, Stavanger has welcomed the world to its doorstep. The personality of Stavanger is not only oil and gas; in 2008, it was chosen as one of two European cultural capitals. A lively city, Stavanger embraces the diversity of the world’s professionals who call Norway home.

The City in Perspective

During the 8th century, about 30 small kingdoms existed in Norway. The country’s first king, Harald Fairhair, fought and won a battle north of Stavanger that led to the unification of the country. The Viking era that followed further expanded and unified Norway, while coastal cities such as Stavanger thrived as Viking settlements. Civil war and territorial disputes shaped the country over the next thousand years.

Besides Harald Fairhair, another iconic historical figure of the Stavanger region is chieftain Erling Skjalgsson. He is credited with freeing his slaves centuries before doing so became a broad social issue. Monuments to the first king and the chieftain are ubiquitous in the city.

Before the discovery of oil and gas in the North Sea, Stavanger’s economic pillars were the shipping, shipbuilding, and fishing industries. Today, the city has Norway’s second-largest international airport and a world-class harbor. Although the city’s population is only 126,000, its influence on the region and the North Sea make it a community vital to the oil and gas industry. Further evidence of Stavanger’s growing diversity and influence on the world stage is the establishment of the NATO Joint Warfare Center in 2003.

The city’s oil history dates to the 1969 discovery of the Ekofisk field in the southern North Sea. More than 40 years of oil and gas production later, Stavanger has been transformed into Norway’s undisputed energy epicenter with a vibrant petroleum community comprising a who’s who of employers. Stavanger is home to Statoil’s headquarters and regional headquarters of operators such as ExxonMobil, BP, Total, and ConocoPhillips. In addition, more than 280 service companies and a collection of petroleum-related government bodies conduct business in the city.

Every 2 years, the city welcomes the global energy industry to one of the world’s leading energy meetings, the Offshore Northern Seas Conference. The event provides an opportunity for young professionals (YPs) to present innovative ideas. Over the years, the presentation of the “young professional company award,” given to the best idea presented at the conference, has become a popular part of the event.

Stavanger was chosen in 2008 as one

Norway’s oil and gas activities are concentrated in the North Sea, the Norwegian Sea, and the Barents Sea. Production from these areas makes Norway one of the top hydrocarbon-producing countries in the world. Further, since all its electricity needs are met by hydroelectric power, Norway exports all but 5% of its hydrocarbon production, a volume that makes it the second-largest net exporter of gas and the third-largest oil exporter in the world.

Norway has produced only about 20% of its estimated 13 billion bbl of hydrocarbons, cementing its future as a substantial player in the industry. Revenues from oil and gas activity are invested in a government pension fund. As of the second quarter of 2011, the fund’s market value reached 3.11 trillion kroner (about USD 560 billion), making it the second-largest single-owner fund in the world and ensuring financial security for future Norwegian generations.

Conventional North Sea oil production, a mainstay of Stavanger’s economy since the 1960s, has been in decline over the past decade, while the percentage of water produced with the oil has risen. The change has created a need for research and development of new technologies in the unconventional resources field and is the prime reason the University of Stavanger and the International Research Institute of Stavanger (IRIS) have focused on multiphase flow research for more than three decades. IRIS has also made concerted efforts with the University of Bergen to improve recovery through methods such as surfactant and polymer flooding, CO2 flooding, and the introduction of microorganisms. Additional efforts aimed at increasing production come from the Center for Oil Recovery, which was established in 2002 with industrial partners in the Ekofisk license: ConocoPhillips, Total, Petoro, Eni, and Statoil.

Upstream research conducted by IRIS has been aided by its virtual rig, which can simulate a well with an advanced model containing hydraulics, geomechanics, mechanical elements, and real-time scenario simulations for any decision the drill crew makes. The main target of the study is automated drilling. Unique to this type of laboratory is the section set aside for psychologists who study the behavior of the crew during normal operations and adverse conditions.

The North Sea has been at the forefront of production technology and safety. Statoil has been a major influence on the cooperative development in the North Sea of new technology by oil operators. The Norwegian Continental Shelf poses unique challenges to completion and production, making it an ideal location for applying the latest technologies. In the North Sea, Norway’s Statoil natural gas platform, Sleipner, strips carbon dioxide out of the natural gas with amine solvents and disposes of it by geological sequestration. Sleipner reduces emissions of carbon dioxide by approximately 1 million tonnes per year. Regulations and standards for the region are authored by a collective body comprising oil companies, trade unions, and the Petroleum Safety Authority of Norway. The collaboration has led to an impeccable safety record driven by internal control.

The city of Stavanger and the surrounding region provide endless attractions to visitors, particularly those looking for outdoor activities and events. Locals will suggest the 4-day food festival known as “Gladmat festivalen” for a taste of native and foreign foods. The annual summer festival began in 1999 and has grown to encompass downtown. On one of the many sun-drenched days in southwest Norway, visitors to Stavanger take the short trip to Pulpit Rock (Preikestolen), a large rock platform from where the once-in-a-lifetime view from 2,000 ft above sea level impresses every person who dares to walk to its edge. If the rock’s height is not intimidating enough, then driving to the nearby Kjerag mountain will pique your interest. Kjeragbolten is a large rock wedged into the mountain at 3,280 ft above sea level. The breathtaking views of the surrounding mountains and river ways become memories for life.

During the beautiful summer months, Stavanger is an ideal place for outdoor events and activities. On any given day, Norwegians can be found riding their bikes through the city center, windsurfing along the coast, or driving to the mountains to enjoy skiing and snowboarding. Stavanger epitomizes Norwegian living and visitors can enjoy its open and inclusive culture. While walking along the harbor, it is not unusual to come across a group of multinational professionals enjoying fresh seafood or listening to music from around the world in one of the many pubs.

The transformation of a small fishing community into a world center for oil and gas professionals is nothing short of amazing. YPs from around the world relocate to Stavanger for the North Sea way of life and leave enriched by the Norwegian experience.