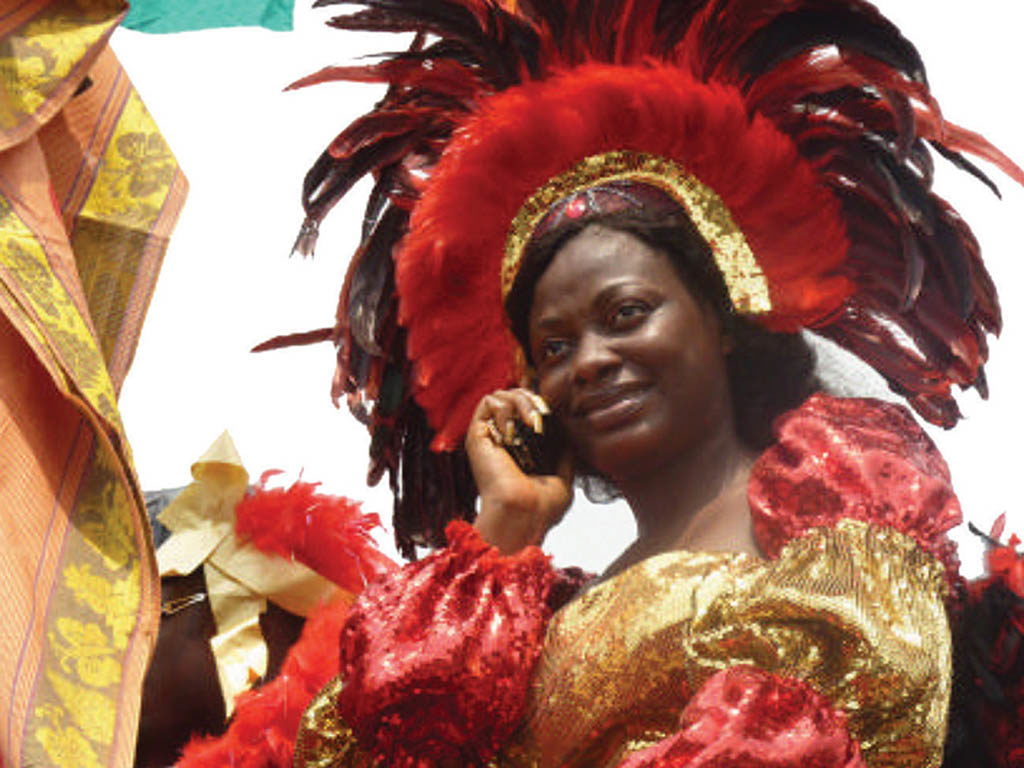 The face of CARNIRIV.

Mmeka wey!! Often, the first local dialect visitors to Port Harcourt hear is “Mmeka wey!” This means “Welcome home! Welcome to a wonderful city, where life is green and vibrant.” It also means “Welcome to splendor—to a city conceived for those with ‘swagger.’”

The people of PH, as the city is also known, are renowned for their warmth and friendliness. The city, located in the heart of Nigeria’s Niger Delta, is cosmopolitan, attracting people from diverse cultures, origins, and religions. You often hear the famous answers to “How are you doing?”—“We are managing” or “No wahala,” which means “There is no problem,” or “I dey kamkpe,” which means “I am doing great.” There is always hope and optimism in Port Harcourt.

The growth and development of the West African subregion has been influenced by the desert lands of the southern Sahara, the lush rainforest of the coastal areas, and the rich natural resources. The slave trade, coupled with aggressive competition between France and Britain to exploit the region, has left a powerful legacy in the land and minds of its inhabitants.

The oil and gas industry is flourishing in West Africa, with countries’ and oil companies’ expectations high for discovering sizable new oil and gas reserves in the region. Exploration activities are under way in most West African countries, with prospects for new significant discoveries highest in producing countries like Nigeria, Chad, and Mauritania.

West Africa’s petroleum jewel is the Gulf of Guinea, with Nigeria and Angola as the leading oil and gas producing countries. This coastal region accounts for approximately 41% of West Africa’s population. In 2007, Gulf of Guinea countries held 4.2% of world oil reserves and accounted for 6.5% of oil production. However, these numbers are expected to grow, as exploration has recently started in some offshore areas.

For years, Nigeria has been a dominant player in the industry and a major exporter of oil and liquefied natural gas. Angola recently joined the ranks of the major producers. West and Central African countries now supply the US with 12% to 15% of its oil. That number is expected to grow to almost 25% by 2020. China has also shown increasing interest in the Gulf of Guinea, with significant inroads into most countries in the region. Angola now counts as a top oil supplier to China.

The Niger Delta: Energy from Nigeria to the World

The Niger Delta region, situated in the Gulf of Guinea, has the largest wetlands in the world, with extensive swamp forest and rich biological diversity. It also bears the majority of Nigeria’s hydrocarbon reserves. The land area is approximately 75,000 km² with 185 local government council areas across nine states in Nigeria. In addition to rich oil and natural gas reserves, the area is heavily endowed with more than 36 economically viable solid minerals, including barite, bentonite, and tantalite.

The city of Port Harcourt takes pride in being the Gulf of Guinea’s oil and gas activity hub. This prominence is due to its strategic location in the Niger Delta as the Nigerian and West African subregion petroleum industry’s operational headquarters. Port Harcourt holds the largest accumulation of heavy and light industry technology in Nigeria and the West African subregion.

Petroleum production and export play dominant roles in Nigeria’s economy, accounting for more than 80% of the country’s gross earnings. The reserves figure is approximately 36 billion barrels of crude oil and 165 Tcf of natural gas. Fig. 1 shows Nigeria’s oil production and consumption profile up to 2009.

PH is a flat river-port city located along the Bonny River in the Niger Delta, approximately 50 km from the sea. The economy of PH is vibrant and offers myriad opportunities for business, investment, and tourism. There is extensive industrial and commercial activity, notably related to offshore oil and gas exploration and production, but also including a wide range of other industries, including tourism and steel and aluminum products. There is also significant horticultural activity within the metropolitan area. This has earned PH the appellation The Garden City.

PH’s oil and gas industry is centered in its main industrial area, Trans Amadi, where most of the international oil companies and service providers have their headquarters and operational bases. PH’s downstream oil business is represented by two refineries and a petrochemical plant.

The insecurity that once plagued the city has given way to a new lease on life. The landscape is evolving and the skyline is wearing a new look. Business activities have returned to normalcy and night life has returned, thanks to infrastructure development throughout the city.

PH is well endowed with all the infrastructure of a modern city—international and domestic airports, seaports, hotels, and conference facilities. The Port Harcourt International Airport is located in Omagwa, about 30 minutes’ drive from the city center. Port Harcourt is connected to the world and the rest of Nigeria with a vast array of airlines that fly to Paris, Frankfurt, Lagos, and Abuja.

The city also boasts two stadiums for the practice of Nigeria’s sports passion: football. The Sharks FC play in the Nigerian Premier League at the Sharks Stadium, while the other local team, Dolphins FC, play their home games at the Liberation Stadium.

PH and its surroundings are very pleasing and showcase the wonders of the coastal region, attracting a good number of tourists year-round. Besides the beautiful gardens and lakes you can find in and around the city, visitors can also enjoy a grand array of attractions. The famous and legendary elephant sanctuary is one of the most intriguing destinations. One of PH’s most popular tourist spots is the City Tourist Beach, located about 20 km from the city center. Other beaches are located in Bonny Island, Finima Beaches, and Kono. The 18-hole golf course at Port Harcourt is one of the city’s primary attractions, drawing golf lovers from around the world. In PH’s surroundings, the confluence between the Imo and Opobo rivers provides a perfect blend of culture and tradition. It served as a trade route in the precolonial era and now is a remarkable tourist destination.

Night life has returned to the city due to improved security and the buoyant economy. For those who want a rollicking good time, the city offers many nightclubs and entertainment centers catering to all. Most nightclubs are located in the popular GRA area in the city center. Most hotels offer in-house clubs exclusively for guests. The Silverbird Galleria and the Genesis Centre offer a one-stop place with shops, cinema, restaurant, fast food, sports bar, theater, games arcade, and children’s amusement park.

Oil companies have also carved a niche in the provision of entertainment for their staff and patrons. Leading the pack is The Shell Club. Other companies like Total, Nigerian Agip Oil Company, and Schlumberger have venues that cater to their staff. These clubs complement PH’s night life.

A total of 190 hotels, ranging from 2 to 5 stars, are located within the city. The most popular are the Presidential Hotel, Le Meridien, Novotel, and Protea Hotel. These facilities play an essential role in boosting the city’s tourism potential. Port Harcourt generally offers accommodation, food, and entertainment at wallet-friendly prices.

The inhabitants of PH have a rich and unique cultural heritage, and a friendly and hospitable disposition. The city’s rich ancestral heritage is fully showcased amidst the fun, color, and grandeur of the annual carnival, called CARNIRIV: The Rivers State Carnival. CARNIRIV is held every December, with rallies taking off from designated places within PH and terminating in the main bowl of Liberation Stadium. CARNIRIV’s main objective is to instill within people the aura and spirit of brotherhood. It is also an annual platform for connecting brands to its target audience in Niger Delta areas. CARNIRIV places the city in a positive light and makes it a destination that attracts its people, as well as businesses and tourists from throughout the world.

A new city, known as the Greater Port Harcourt City, has been designed, and construction of infrastructure—roads, monorail line, electricity, waterworks, schools, hospitals, recreation, and parks—is ongoing. This initiative will return Port Harcourt to its Garden City status and also offer indigenes, visitors, and investors the opportunity to live, work, and play in an inviting environment, and enjoy the age-long hospitality of the rivers people.