Discover a Career in Pressure-Transient Testing 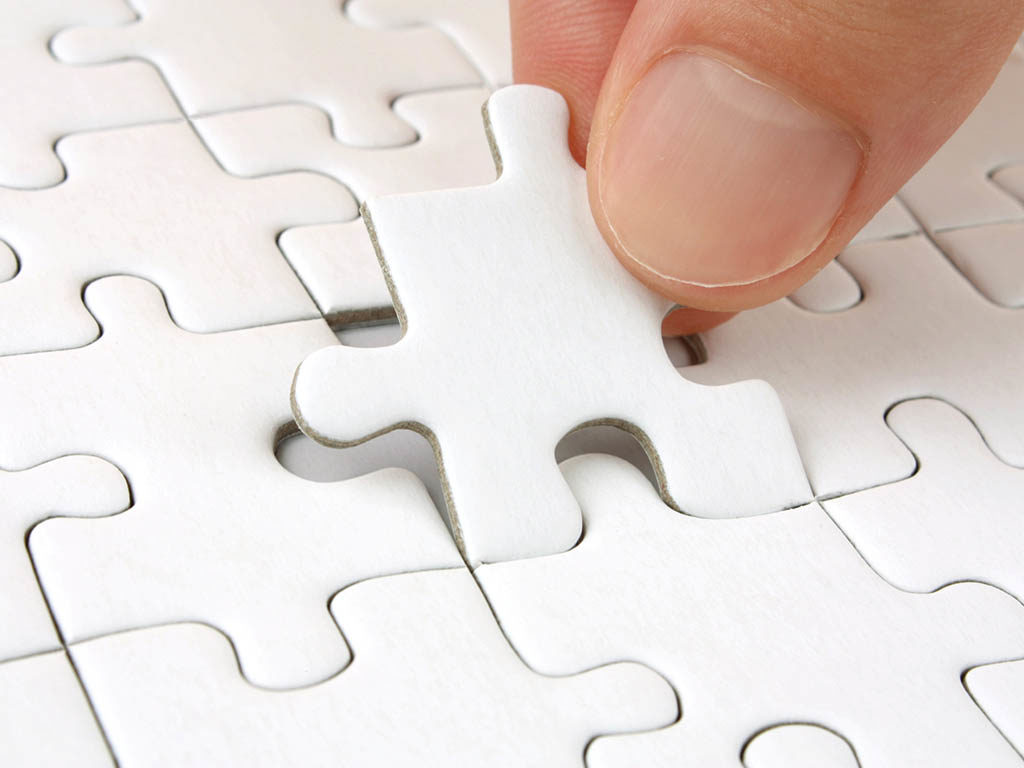 The number of professionals specializing in pressure-transient testing is relatively small. Thus, those who become proficient in it will likely remain in demand throughout their careers as key technical resources in operating or service companies.

What would you be doing should you decide to look further into a career focused on this specialty?

Traditionally, pressure-transient testing means testing for drawdown or buildup in a production well, or injection or falloff in an injection well. Transient tests are conducted both in newly drilled exploration and development wells and in wells that have been on production for a long time.

The most important tests are performed in exploration and development wells. Key objectives for exploration wells are to determine formation temperature and pressure, acquire a bottomhole-fluid sample, estimate well productivity, and evaluate seismic features that may delineate reservoir limits. But permeability values estimated from logs are often not representative of values apparent when a well is on production. Likewise, permeability measurements from cores retrieved during drilling are frequently unreliable.

However, the logging program might include advanced formation tests designed to acquire a bottomhole-fluid sample and determine formation pressure, temperature, and permeability, which may include both horizontal and vertical permeability values. Some pressure-transient specialists focus on these measurements. Formation tests have become increasingly important in recent years, in particular because many regions now restrict flaring during exploration flow tests, forcing test designs to avoid producing reservoir fluids to the surface.

Drillstem or cased-hole production tests are required when the test objective is a more representative permeability measurement, and especially when evaluating reservoir limits. These tests underscore a natural alignment between testing specialists and geophysicists. The latter may use seismic data to identify a contact or barrier, but only a dynamic test can confirm the barrier’s actual impact on fluid flow. This relationship has become increasingly important with the rise of 3D seismic, which reveals both structural and stratigraphic features. When combined with geologic interpretation that integrates well-log data with seismic interpretation, a pressure-transient-testing specialist’s dynamic interpretation from a well test becomes especially compelling.

The economic importance of integrated reservoir characterization to the E&P business cannot be overestimated. If tests demonstrate reservoir continuity over long distances, the number of wells required for development may be reduced. Or, in contrast, if structural or stratigraphic compartmentalization is indicated, the development plan will need to include more wells, and pressure maintenance by waterflooding could be problematic.

A specialist who develops a new model for transient interpretation may become internationally known and may be associated with the model for an entire career. Also, a few professionals in this field develop new tools to aid or automate the interpretation process or to handle and process large data sets. These activities require a high level of proficiency in mathematics and/or signal processing as well as programming skills.

The most successful transient-test interpreters learn to collaborate with geophysicists, geologists, and petrophysicists, as well as drilling, production, and reservoir engineers. Both in rationalizing and designing tests and in analyzing them, these collaborations greatly enrich what can be learned and usually resolve ambiguities that can arise when the transient data are analyzed without enough external information.

Today, many development wells are equipped with a permanent downhole pressure gauge, or at least a wellhead pressure gauge, providing continuous pressure measurements. Since well rates are usually known directly or by back allocation from a gathering system, the combination of well rate and pressure may be known over long periods of time. Every time the well is shut in for operational reasons, a pressure-buildup test is produced. While not on production, a well equipped with a permanent pressure gauge can also sense pressure transients related to neighboring wells, thereby acquiring interference data that help to characterize the reservoir between wells.

These data provide well surveillance that enables detection of well problems and provides parameters that may be used in the design of a workover or stimulation treatment. Also, modern deconvolution approaches provide a virtual drawdown response extending from the time well production starts to the end of the last buildup transient selected for the deconvolution. The virtual drawdown offers a long-term view of the well’s transient behavior, which can be sensitive to distant boundaries, or even provide a characterization for the entire well-drainage area. Such data cannot be provided by any single pressure-buildup test.

Well-test interpretation is often like solving a puzzle. The objective is to find a suitable conceptual model for observed pressure-transient behavior. Conceptual models can provide considerable insight about the nature of well damage, well productivity, completion geometry, and reservoir heterogeneity. Such well-centric insights can be invaluable to understanding the impact on well productivity of a horizontal vs. a vertical well, of partial completion, of hydraulic fracture stimulation, or even of multiple transverse hydraulic fractures in a horizontal well, which are typically not discernable through fieldwide reservoir simulation.

As can be imagined, the complex understanding required of pressure-transient-testing professionals, as well as the impact that understanding can have on well productivity and economics, translates into a demanding career whose challenges few may be able to meet. In addition, well-test gurus in major multinational companies may be called on to consult on tests anywhere the company operates. In my case, working for the service sector, I participated in test interpretations for many companies all over the world. When not actively working on a particular test, I was often asked to present the field’s latest ideas in seminars, training schools, and SPE applied technology workshops, forums, and conferences. Technology transfer is a necessary norm in this field. However, each test I worked on nearly always presented a new and different challenge, because doing what is known and routine does not justify the use of a specialist.

As the focus of the industry has evolved, the needs in pressure-transient-test design and interpretation have also evolved. In the 1960s and 1970s, models were developed to explain pressure-transient behavior in hydraulically fractured vertical wells. When horizontal wells became common, new models were developed. Today, models can show pressure-transient behavior in horizontal wells with longitudinal or transverse fractures and can also address the role gas adsorption plays to adjust the pressure transient in shale gas wells. Throughout this time, specialists in both modeling and interpretation have had a continuous stream of new challenges to keep them interested.

And the challenges keep flowing. For example, using temperature instead of rate for multilayer reservoir characterization is a new development in pressure-transient analysis that shows a lot of promise.

In the 1980s, tests were developed for determining properties of individual layers commingled in a vertical or slanted well. This work required combining transient pressure and rate measurements, with the latter typically provided by a spinner flowmeter.

Because it is difficult, if not impossible, to install multiple flowmeters in a production-log string over the depth span necessary to station them above each productive zone, multilayer transient-test designs typically call for as many rate changes as there are layers to characterize. In recent work at Texas A&M University, however, transient pressure and temperature measurements have been combined for the same purpose. The new approach was motivated by the availability of distributed temperature sensors that use fiber-optic technology to provide continuous temperature measurements along an entire wellbore. While it has been understood for decades that temperature logs can provide an estimate for the flow profile in a vertical well with inflow from commingled layers, modeling temperature transients has shown that the temperature-log profile is really a static snapshot and that it may be possible to use variations in temperature with time to quantify permeability and skin. While this was already possible using previously developed multilayer test design and interpretation methods, stationing fiber-optic temperature sensors simultaneously above each productive zone now enables determination of layer properties after one single rate change.

While this was enough to motivate developing a model suitable for interpreting temperature transients, what the model showed was the real surprise.

The Hawkins equation characterizing near-formation damage as a radial composite with impaired permeability out to a certain radius and formation permeability outside that radius is a useful concept for matrix acidizing.

If the damage permeability and its radius were known, the matrix-acidizing treatment could be designed with this in mind. While the pressure-transient behavior for the radial transient is well known, it is generally not possible to use this model to quantify the damage permeability and its radius because the pressure transient diffuses so quickly away from the well that the transient is masked by wellbore transients commonly called wellbore storage.

Temperature diffusion is slower, and the model developed for interpreting temperature transients is actually sensitive to damage permeability and radius in a timeframe suitable for analysis. This startling result permits a cautious conclusion that the combination of temperature and pressure transients may provide a damage characterization that has never been possible with pressure or even pressure and rate transients.

This work may be only the tip of the iceberg regarding what temperature can offer to reservoir characterization.

Meanwhile, pressure-transient testing remains an exciting and dynamic field. In addition to their value for reservoir characterization, conceptual models developed for pressure-transient testing are useful to production engineers interested in evaluating well performance before designing a well completion, with understanding of permeability a crucial input for hydraulic-fracture design or for modern multibranch well design. Indeed, the specialist in pressure-transient testing can look forward to the likelihood of offering important insights on the host of challenges that will continue to face the E&P industry in the decades ahead.

Christine Ehlig-Economides, a professor of petroleum engineering, holds the Albert B. Stevens endowed chair at Texas A&M University. Previously, she worked 20 years for Schlumberger in well-test design and interpretation, integrated reservoir characterization, modern well-construction design, and well stimulation. She is a member of the US National Academy of Engineering. Ehlig-Economides earned a BA degree in math-science from Rice University, an MS degree in chemical engineering from the University of Kansas, and a PhD degree in petroleum engineering from Stanford University. She has worked in more than 30 countries, published more than 60 papers, and received several SPE awards.