New Technology Will Drive Upstream Forward, But Not Without Young Talent 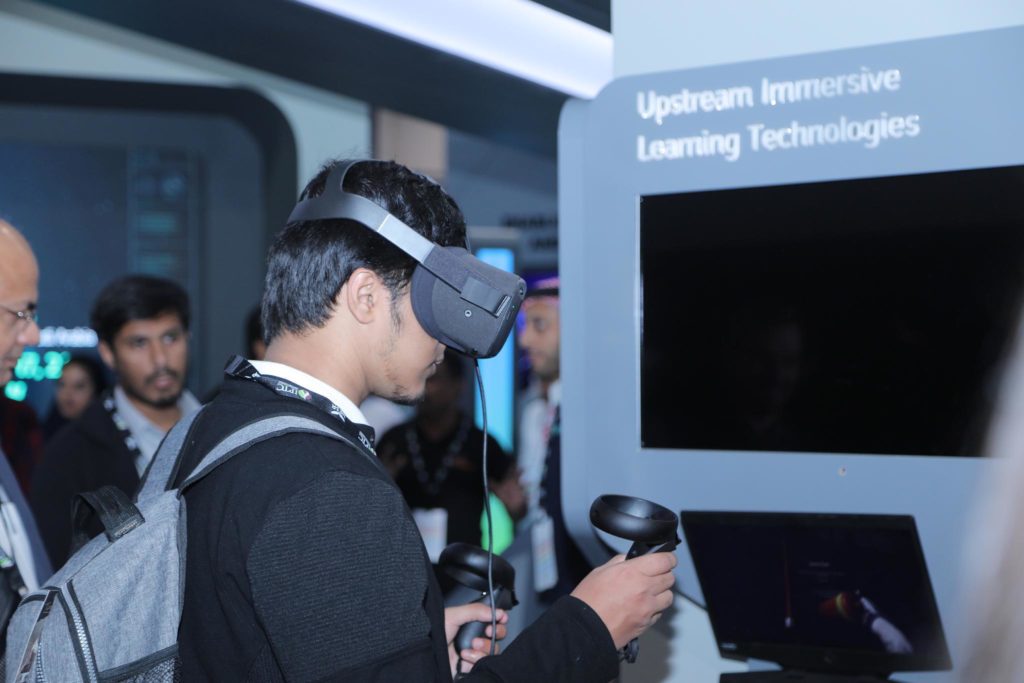 The scope of emerging technology for the oil and gas industry could be summed up in just three areas: advanced computer programming, new physical toolsets, and alternative applications of upstream systems.

An executive panel session held during the recent International Petroleum Technology Conference 2020 in Saudi Arabia featured examples of each category from several of the industry’s most technologically capable firms along with candid thoughts on how they might impact the industry’s people problem.

Nasir Al-Naimi, Vice President of Petroleum Engineering and Development for Saudi Aramco, highlighted a number of ambitious technology initiatives that are poised to “revolutionize” his company’s core exploration operations.

Among them is a recently launched digital program called GeoDrive, which is an integrated geophysical imaging and modeling program designed for intensive exascale computing—considered to be one of the next major milestones for high-performance computing.

“This platform improves image processing efficiency by 90, pushing the limits of image resolution,” said Al-Naimi. “It is especially helpful in areas with challenging and complex geology.”

“This will allow our engineers to visualize the entire Arabian Peninsula and Red Sea,” added Al-Naimi.

One frontier area where Aramco is using its new suite of geophysical technologies is at its budding unconventional program that is targeting the Kingdom’s tight gas formations. The advanced wares are already lowering drilling costs, “while increasing our productivity several times over,” said Al-Naimi.

Al-Naimi also highlighted the growing use of ocean-bottom nodes, but with the added feature of robotics, which he said represents a “disruptive technology” for the seismic sector. Known as the “Spice Rack” program, Aramco has been developing autonomous robotic nodes for subsea seismic acquisition for the past several years with its partner Seabed GeoSolutions.

Sophie Zurquiyah, chief executive at the geoscience giant CGG, also highlighted the expanding use of ocean-bottom node technology that delivers more precise seismic data which in turn puts the subsurface into sharper focus. Better images, she said, are translating into better-placed wells and giving operators more confidence in deciding the optimal number of wells needed to develop an asset.

“If you look at the Gulf of Mexico, which has a particularly complex subsurface with lots of salt, all of the projects that have been approved by our clients there have had ocean-bottom node surveys,” said Sophie Zurquiyah, Chief Executive Officer of CGG.

As the industry’s modeling, simulation, and processing power all ramp up, some companies are looking for outside-the-box applications—especially when it comes to the industry’s growing role in decarbonization initiatives. “Since we have to look ahead, simulation with supercomputing is starting to be used also for nuclear fusion, which we are testing with MIT in Boston,” said Giuseppe Valenti, the Executive Vice President of Geology and Geophysics for Eni. He said that Eni is also lending its simulation technology to the developers of technology that seeks to harness the energy of sea waves and use it to someday help power the company’s offshore platforms.

Panelists from Halliburton and Schlumberger emphasized their company’s recent decisions to move away from the closed, proprietary model that has been used by the service companies since the dawn of the oil and gas software business.

“To drive the next industry revolution, we need more than just incremental change—we need to develop a common operating system, an open architecture, a system that allows all companies to plug in and contribute to our understanding of the well, the reservoir, and the field,” said Trey Clark, Vice President of Wireline and Perforating Services at Halliburton.

When they looked at the challenges of implementing this new wave of technology, the panelists shared the view that the biggest obstacle involves the industry’s access to young and skilled workers.

Al-Naimi said that while about 70% of Aramco’s upstream workforce is under the age of 35, attracting young people to oil and gas remains a top concern for the world’s largest company. A chief hurdle are widespread beliefs in the public arena that the industry is in decline, which he said “exert a negative influence on recruitment.”

“We must work together to dispel this misconception, emphasize our renewed focus on cutting-edge technology, and prepare our companies for these younger employees who will carry this ‘Industry 4.0’ forward,” said Al-Naimi.

An idea floated by Clark was for the industry to invest more in connecting with young people at universities. “Not the same old universities—the ones that we’ve been investing in research grants and football suites for years,” he said. “No, we need to reach out to the new universities, those other universities where we don’t have a presence. Let’s build relationships with them.”

Zurquiyah is also concerned about recruiting, noting that all of the industry’s new and powerful technologies will have diminished impact going forward without the ability to recruit a new generation of subsurface expertise. “We need to recognize that it’s becoming more difficult,” she said. “Certainly it is true that at CGG we’re competing for talent with the likes of Google, Amazon, Microsoft, and IBM.”

The reach tech firms is expanding faster than the upstream business, and is often seen by young people as more exciting, she said. “As well, we have a deficit of image—so we need to work as an industry to try and address that.”

She said one way the industry can turn this situation around is by modernizing its work environments, making career advancement opportunities more transparent and available, and by embracing the concept of work-life balance. “There are expectations from this group of people—and we need to make sure we listen to that.”

[The article was originally published in the IPTC 2020 Show Daily.]