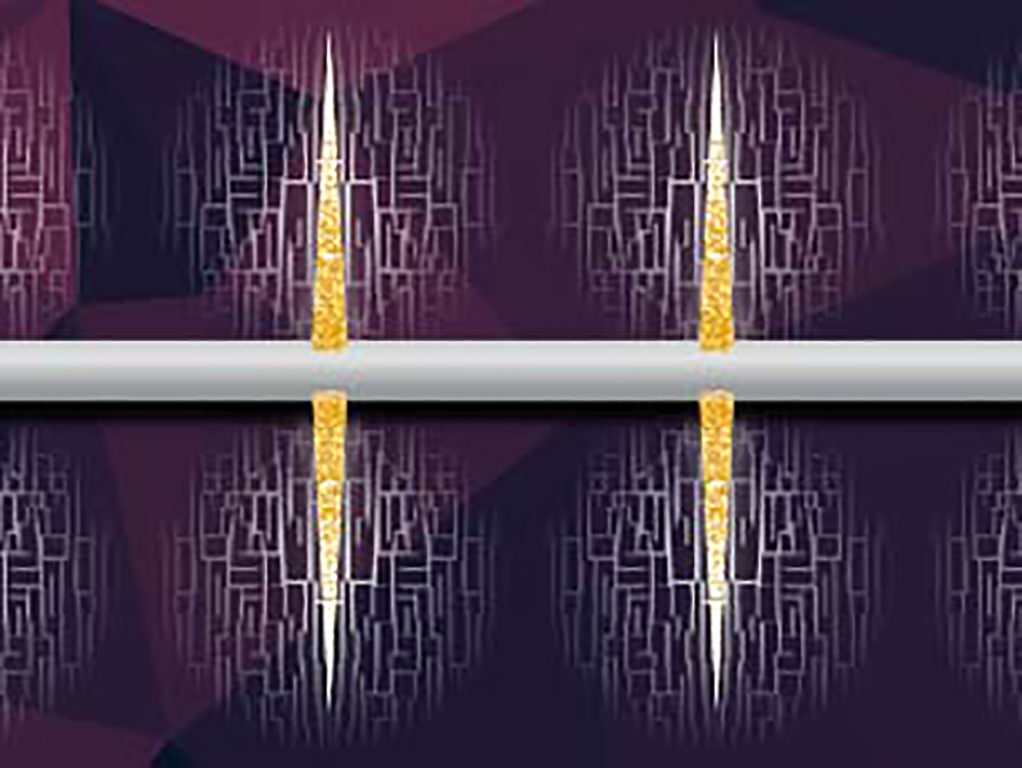 Hydraulic fracturing has proven to be a successful technique for increasing the productivity of unconventional reservoirs. The stimulation design can greatly influence the well performance and impact the capital costs and economic returns. In turn, the recovery of hydrocarbons is directly affected by the hydraulic fracturing design.

Many parameters should be considered when preparing a well completion design such as the number of proppants, proppant type and size, fluid design, stage length, and cluster spacing. Furthermore, the treatment should be distinctively designed for each unconventional reservoir depending on its geological formation and mechanical properties in order to achieve high recovery factors.

In addition to the individual well completion design, well spacing is another important parameter that should be taken into consideration. Well spacing defines the total number of wells needed for a specific project. As more wells are drilled and hydraulically fractured, the spacing between the wells becomes tighter. This can sometimes result in an interference between nearby wells which may cause a reduction in the overall expected recovery.

Cluster spacing is defined as the distance between the perforations per lateral length during hydraulic fracturing. The spacing between the clusters can vary from 25 ft up to 100 ft. As the spacing is decreased, the completion size is considered large as more clusters will be needed to complete the required area. Several studies were carried out to check the optimum cluster spacing that yields the best production recovery as discussed below:

The first study carried out several simulations by varying the number of clusters, cluster spacing, and stage length. The different cases are shown in Fig. 2. Results showed that with each successive reduction in the cluster spacing, the well performance improved. This is due to better connection with the reservoir near the wellbore. However, it should be noted that smaller cluster spacing (lower stage length) increases the cost of the hydraulic fracturing operation (Jaripatke et al. 2018).

Another study carried out several simulations by varying the number of hydraulic fracture stages while keeping a constant number of clusters per stage. Two scenarios were considered: 15 and 20 stages per well. The two cases considered fracturing a fixed geometry and hence the main variable was the total number of clusters per well and the cluster spacing (Suarez and Pichon 2016). The production results showed that the 15‑stage scenario outperforms the 20‑stage scenario for long-term hydrocarbon recovery at different treatment sizes. This result opposes that obtained from the first study where reduced cluster spacing led to better well performance. However, it was noted that the 15-stage scenario, although having smaller number of perforations, was able to hold larger amounts of proppants than the 20-stage scenario. This suggests that the size of the fractures for the 15-stage scenario extended further into the reservoir. This phenomenon can occur due to stress shadowing.

Stress Shadow describes the amplification of stresses in the vicinity of hydraulic fractures. When carrying out a second hydraulic fracture parallel to the existing one, the stress shadow causes the fracture-propagation pressure to be larger than that of the initial stage. In horizontal wells, stress shadow is an important factor to consider. As the cluster spacing is reduced, stronger stress shadows are to be expected. This in turn results in a disequilibrium of fluid distribution among all the perforation clusters which leads to smaller propped surface as shown in Fig. 3. This will eventually impact the hydrocarbon recovery as was observed in the second study (Suarez and Pichon 2016).

Why is Well Spacing Important?

Well spacing refers to the distance between two wellbores. It is of great importance as it was shown in several studies that selecting the right location of wells can enhance well productivity. Unconventional reservoirs have poor permeability, which is less than 0.1 mD, so they require multiple hydraulically fractured wells in the same geological section to acquire an economic rate. As hydraulic fractures can extend deeply into the reservoir, interference can occur between different wells. Fig. 4 shows the response of a tubing head pressure of an observation well while nearby wells are being stimulated. A sudden increase in pressure was recorded as nearby wells were being fractured. This pressure then dissipates back to its regular response once the fracturing operation is stopped.

What Kind of Interference?

There are several scenarios in which interference between wells can occur:

1. A new well is being drilled while an adjacent well is being stimulated. In this case, the fracturing fluid that is pumped into the wellbore travels deep into the formation causing an increase in the formation pore pressure. If a new well is being drilled in a nearby region, the change in pore pressure might not be accounted for and this can lead to underestimating the required mud weight during drilling. This may result in an underbalanced drilling conditions if the hydrostatic pressure of the mud was lower than the new pore pressure of the formation. To avoid drilling under these conditions, a higher mud weight will be required to maintain an overbalanced situation.

2. A child well is being stimulated while a parent well is in production. Child well refers to a new stimulated well whereas the parent well refers to an old well that is already producing hydrocarbons. In this case, the production rate of the parent well may be affected by the high stresses generated due to stimulating the child well. These stresses can lead to propagation of new fractures into the previously fractured region. This is a result of decrease in poroelastic stresses due to reservoir depletion near the parent well. This outcome was detected in the Wolfcamp formation of the Permian Basin where a severe drop in production was observed in the parent well. The production rate however, was recovered to normal conditions few months after suspending the hydraulic fracturing operations (Rainbolt and Esco 2018).

An increase in well spacing can overcome the reduction in production rate for child wells which enhances their performance. However, it should be noted that by increasing the well spacing, the total number of wells per a given area will be reduced and this might reduce the total production of the field.

Depending on the distance between the two wells, interference can occur as a form of communication between fracturing fluids used in both wells. This interference which is a result of hydraulic fractures propagating into nearby wells is known as frac hits. This kind of interference should not be assumed to be maintained throughout the production life of the wells as the proppants cannot fill all the locations where the fluid penetrated, as shown in Fig. 5. Therefore, during production, the communication between the wells will be lost as the fracture begins to close (Cao et al. 2017).

How Can We Find the Optimum Spacing?

In order to optimize hydraulic fracturing operations, it is important to find the optimum well spacing. Frac hits can be used to solve this problem by monitoring the interference effects between wells. Figure 5 shows two wells being stimulated without encountering frac hits. This case suggests that the well spacing is too wide and that some hydrocarbons might still be trapped and unstimulated in the region between the two wells. Therefore, the optimum spacing is when small proportions of frac hits are encountered in which the distance between the wells can no longer be regarded as too wide nor too tight (Cao et al. 2017).

What is the Relation Between Completion Design and Well Spacing?

When the parent well is of a small size, then it is possible that some parts of the reservoir located between the parent well and the new well will remain unstimulated. If the parent well is of a large completion size, then the parts between both wells will most probably be overstimulated (depending on the actual distance between the wells). For tight well spacing, overstimulation would not be considered advantageous as it would affect the production rate of both wells with time as discussed previously. In addition to that, the cost of the whole design will be much more expensive where the increase in production might not justify the additional costs.

In order to examine the impact of interference, a case study in the Permian Basin was analyzed. Eight pairs of Wolfcamp wells were considered in this study which are located at different well spacing: 1056 ft, 1320 ft, and 3168 ft as shown in Fig. 7. By monitoring the wells, frac hits were observed significantly for the lowest spacing of 1056 ft. This phenomenon was not observed at larger spacings (1320 ft and 3168 ft) so this implies that the optimum well spacing should be lower than 1320 ft. It should be noted that the optimum well spacing changes when the completion design is modified (Jaripatke et al. 2018).

The effect of interference was tested by comparing two scenarios for a given section:

The results, which are presented in Fig. 8, showed that the oil production profile for the first 7 months behaved similarly for both scenarios, after which the eight WPS showed a significant reduction in production rates. This was clarified by considering the changes in pressure for both scenarios. Within the first 7 months, the pressure drop for eight WPS was larger than four WPS and this can be attributed to faster depletion of the reservoir when more wells are put in production. As the pressure approaches that of the surface conditions, production rates will be reduced even further and this explains the drop in oil production after 7 months of production (Jaripatke et al. 2018).

Identifying the optimum hydraulic fracturing design requires careful consideration of several parameters such as completion size, well spacing, and operational costs. In general, the following summarizes some of the main points discussed in this article:

Kamel Bou-Hamdan is an assistant professor in the chemical and petroleum engineering department at Beirut Arab University. He holds a PhD degree from the University of Aberdeen, UK. His research interests include the role of proppant-rock interaction on fracture conductivity, geomechanics implication on the success of hydraulic fracturing, enhanced recovery methods for unconventional reservoirs, drilling challenges and considerations, and environmental impacts of well stimulation techniques. Bou-Hamdan holds an MSc in petroleum engineering and a BE in electric power and control engineering. He is an active member of the SPE where he was appointed as a judge for the SPE Student Chapter Award in 2017 and the SPE Section Award in 2019. He currently serves as an editorial board member of The Way Ahead.