Youth, Depth, and Innovation in the Oil and Gas Industry 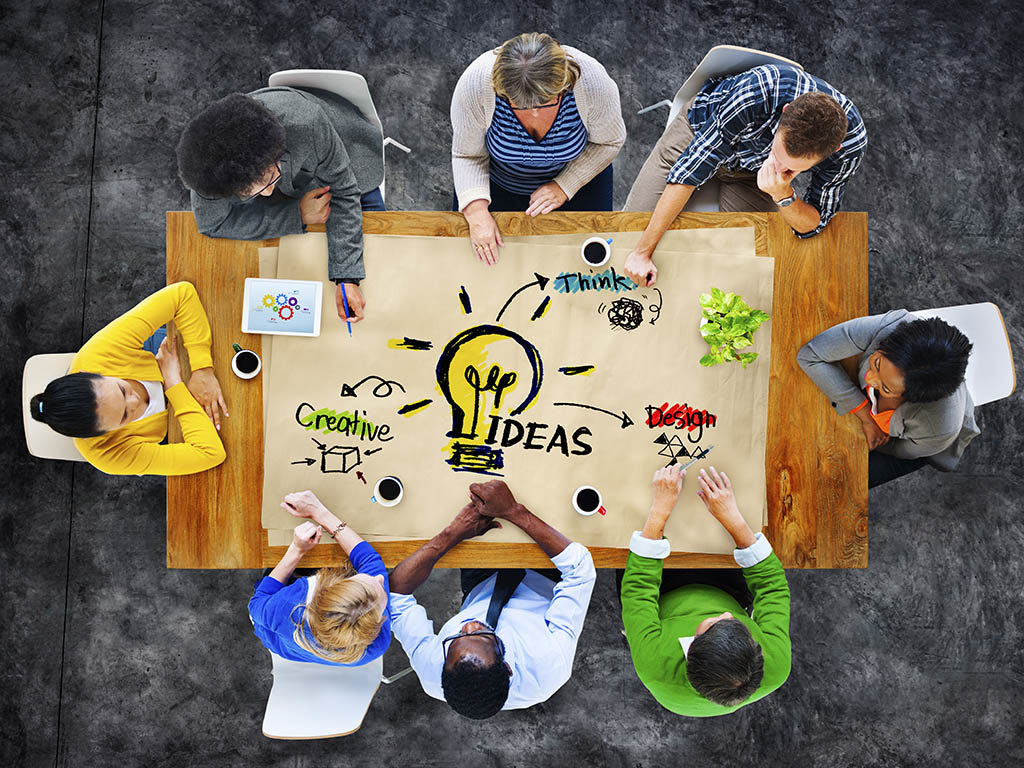 According to Michael Kenison, technical solutions must have the proper blend of creativity and practicality and ideas should meet a legitimate need. Kenison is a project manager at Schlumberger and has six patents to his credit with six more in the pipeline. He received his first patent at the age of 29. He is just one of the many young achievers in the oil and gas industry. Physics, chemistry, and mathematics are overflowing with people who have exemplified the meaning of prodigy and their names are found in numerous high school and college textbooks. Wikipedia pays respect to these names. Units are named after them. Newborn elements derive their name from these people, not to mention bagel houses.

But we rarely take a look in our own backyard. Given that products and services in the oil and gas industry are highly specialized and that young people are given little responsibility in their initial career years, crossing the rift can be tricky. Instead of being inspired by these examples, sometimes young people feel constrained by the long learning curve in the industry. But with the “easy oil” era over, this is a time for innovation and young professionals can be a source of refreshing insight, unique perspectives, and new ideas.

Is There a Correlation Between Innovation/Creativity and Age?

When we first asked this question, the answer was neither what we were expecting nor what we were not expecting. Instead it was pointed out that innovation and creativity are two very different things. Hans Haringa, who has been a part of the Shell Game Changer team for many years, says that creativity is the generation of a new idea while innovation is getting value out of those ideas. And most of us have grown out of being creative long ago. Valerie Guimet, innovation marketing manager at Suez Environment, has a similar definition. According to her, innovation is something new and different that works and generates revenue and has found a niche. Creativity is the tool that was used to create it. So it is a symbiotic relationship in which both qualities are required for a successful output.

In the 1950s, professor Harvey Lehman wrote that although creative output in science and invention varies substantially by age, and that peak productivity tends to occur between 30 and 40 years old, the greatest discoveries in math were made by individuals in their mid-20s and 30s (Lehman, 1953). Richard Feynman published his Nobel Prize winning theory on quantum electrodynamics when he was 31. Albert Einstein published his theories of relativity, photoelectric effects, and Brownian movements at 26. Niels Bohr published his quantum theory of atoms when he was 28.

Such feats require serious effort and young professionals are more than ready to take on the challenge. However, there is a flipside to this. Thinking beyond the paradigm is often treated as heresy. While young people see change as an opportunity to do better, more experienced colleagues may disagree or even see it as threatening.

Geologist Per Arne Bjørkum, in his book Annerledestenkerne, says: “The belief that the era of new significant discoveries is over is something that emerges from time to time. The experts of a certain time, who are well trained within a certain paradigm, often have severe difficulties looking beyond this and when they do try to look into the future, all they can see is the horizon of their own paradigm” (Bjørkum,  2003).

Rob Buchan, vice president of operations at GDF Suez, believes that seasoned professionals have the benefit of knowledge and experience but this can also inhibit innovation and creativity as one becomes comfortable with the status quo, or indeed takes on the “learned helplessness” that comes from ideas having been rejected too many times. Younger folks often have less fear of failure and are generally more daring but creativity can occur at any age providing the ability to challenge and question.

How Important Is Age in Becoming an Expert?

According to Guimet, becoming an expert in a technology domain demands time: time spent in academic background, years of experience, and sometimes experience in different areas of operations. This cannot be done in a flip of a switch. An expert is someone who can help many different sectors (research, projects, marketing, sales) answer technical questions, or who can give technical (and complex) support quickly. The expert can bring and create high value to projects with talent and knowledge acquired over time. Age and time also factor into another important aspect of innovation.

While creative output is one potential channel through which age may impact productivity, it may not be the most essential. It is not idea creation that matters so much as idea adoption. Effective innovation is impossible without two ingredients—generators and adopters. Idea adoption is strongly dependent on management and its willingness to support innovation. And here youth might play a role again. It may be that relatively young managers are less bound by tradition and more prone to be pragmatic or even unorthodox practices or ideas. But management positions also require experience, and social constraints may also hold back some young workers from management.

Greg Campbell, a senior software engineer at Schlumberger, says that every wonderful idea needs a certain amount of patience. Not everyone will gravitate to it no matter how great it is. Incremental improvements will gain the respect of your colleagues and they will be more willing to support and accept your ideas. Even if you were top of your class in the university, you must accept that you are the new kid on the block and focus on learning from others. Organizations of which you are a part of also play a major role and could be an equally vital part of the success equation as the innovation itself. Campbell further believes that it is important to know the right people who can promote your idea ... or at least know the right people who know the right people. And it is always wise to seek advice and feedback from those with more experience.

William Allen White, a renowned American newspaper editor, author, and politician, considered youth as the main driving force for innovation: “Youth should be radical. Youth should demand change in the world. Youth should not accept the old order if the world is to move on. But the old orders should not be moved easily, certainly not at the mere whim or behest of youth. There must be clash and if youth hasn’t enough force or fervor to produce the clash, the world grows stale and stagnant and sour in decay. If our colleges and universities do not breed men who riot, who rebel, who attack life with all the youthful vim and vigor, then there is something wrong with our colleges.”

Innovation Culture at the Corporate Level

The concept of an innovation culture is quite elusive and has been the subject of considerable discussion. Culture is a reflection of a group’s beliefs and values. An innovation culture, therefore, might be defined as a population that understands and embraces the importance of innovation. It demands that all people in the defined group are engaged in innovation, not just a small subset of people who are specially trained. It also demands that one is open minded.

The culture of innovation in an ideal world should be sustained at the corporate level. Each company should create helpful and supportive environment for the ideas to get started. Shell’s Game Changer program is where innovative ideas are captured, nurtured, and matured until they are ready to be picked up in the mainstream of technology development. Through 2008, approximately 40% of the Shell E&P R&D portfolio had its roots in Game Changer.

Russ Conser, Shell E&P Game Changer Program Manager, says that both experienced and young professionals have contributed largely to the idea pool. While young proponents tend toward more novel ideas, more seasoned folks tend more to the practical. “Young minds allow themselves to wander into places where someone doesn’t already ‘know’ that something can’t be done,” he says. “Often, more passion and energy is seen in younger innovators, and invaluable asset in overcoming obstacles along the way.”

“There’s a bit of a ‘double edged sword’ between depth and breadth of expertise,” says Conser. “One of the best ways to enhance your creativity is to learn about technical fields other than your own. It could be adjacent disciplines, but could also be far afield. If you are an engineer, read a book about biology and think about how nature solves problems like flow and heat transfer.”

Mandar Apte of Shell agrees. “Aim to be connected to other people from industries. Innovation is about correctly observing the challenge, sensing what is around, and then connecting or orchestrating the right performers to co-create a meaningful solution. Developing these softer skills, along with humility and courage to never give up, would help youth tremendously, both in their personal and professional lives... Go MAD (Make A Difference).”

“I would say learn by doing, believe in yourself, and be very open to learning,” says Conser. “From a competency development perspective, get very good at change management.” Campbell gives a simple and apt instruction: “Just go for it and you will be amazed by what you accomplish.” To which Kenison adds: “Learn as much as you possibly can about your particular field, use analytical thinking to find opportunities and flaws in your area of influence, and, most importantly, take the initiative to implement the appropriate solutions.”