Carbon Capture and Sequestration: A Potential “Win-Win” for the Oil Industry and the Public 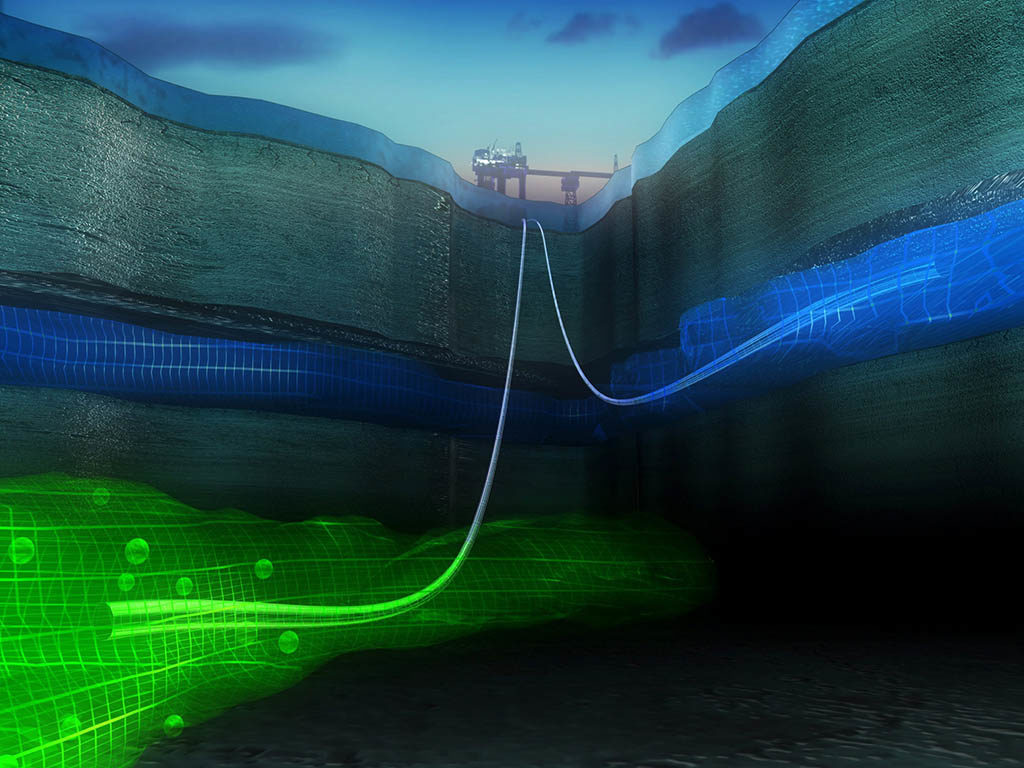 In 1972, the first commercial carbon dioxide (CO2) flood project in the world began with the injection of CO2 into the Scurry Area Canyon Reef Operators Committee (SACROC) unit in the Permian Basin in Scurry County, Texas. The goal was simple: To arrest declining oil production and recover bypassed reserves. Today, nearly 40 years later, CO2 injection is being considered on a much wider scale, and for a different purpose altogether: To help arrest an increase in the average surface temperature of the planet.

CO2, among other gases such as methane and nitrous oxide, is a “greenhouse gas,” a gas that traps heat in the Earth’s atmosphere by absorbing and emitting radiation within the thermal infrared range, causing a greenhouse-like warming effect. The presence of greenhouse gases in Earth’s atmosphere is vital, for without them, Earth’s surface would be on average about 59°F colder than at present. CO2 is also a key ingredient that nourishes plant life through photosynthesis.

However, it is a delicate balance. According to the Intergovernmental Panel on Climate Change (IPCC), the atmospheric presence of greenhouse gases has risen dramatically since the beginning of the Industrial Revolution in the late 1700s (Fig. 1), along with a rise over the past century in the Earth’s average surface temperature of about 1.3°F. According to the US National Oceanic and Atmospheric Administration, seven of the eight warmest years on record have occurred since 2001. In the past 30 years, the rate of warming across the globe has been approximately three times greater than the rate over the past 100 years. Since one of the primary sources of CO2 is fossil fuel combustion, the petroleum industry is bearing much of the blame in the current politically charged environmental debate (Fig. 2).

Politics and blame aside, fossil fuels currently comprise approximately 85% of the world’s overall energy portfolio, and there is no existing alternative energy source that will significantly impact this figure for the foreseeable future. Simply put, current economic stability and ongoing economic growth are possible only with the presence of fossil fuels and their derivative products. This dependence comes at a price, however. According to IPCC estimates, global CO2 emissions stemming from fossil fuel sources are projected to increase 40% to 110% by 2030 if climate policies to mitigate this rise are not implemented. As the problem is global, it would seem logical for governments to be proactive in finding ways to mitigate the greenhouse gas effect arising from fossil fuel use. Enter carbon capture and sequestration, or CCS.

CCS technology is similar to the CO2 flooding technology that has been used on a commercial scale since the SACROC flood began almost 40 years ago. It involves capturing carbon dioxide from a stationary source, like a coal-fired power plant; compressing the gas; transporting it via pipeline, truck, or barge; and injecting it underground for very long-term storage (or sequestration).

Power plants now account for approximately 40% of all human-generated (anthropogenic) emissions in the world. The IPCC estimates that carbon capture technology deployed at these CO2 sources has the potential to capture 20% to 40% of all CO2 emissions by 2050. In its CCS Task Force Report, the Environmental Protection Agency, the United States’ environmental regulatory body, states that CCS “could play an important role” in reducing overall CO2 emissions in the United States, given enough economic incentives to make the technology commercially viable. There are other hurdles to overcome before CCS becomes a widely used reality, such as the development of CO2 transportation pipelines, the identification of appropriate geologic reservoirs, and the resolution of long-term storage liability issues. Nonetheless, governments around the world have expressed varying degrees of support for the view that CCS is potentially a critical technology essential for helping transition from fossil fuels to next-generation energy sources.

Oil and gas companies have an opportunity to help mitigate global warming, while at the same time possibly contributing to their bottom line by using captured CO2 to stimulate further production of hydrocarbons otherwise uneconomical to recover. A report issued by the US Interagency Task Force on Carbon Capture and Storage states that one of the many potential benefits of carbon capture is use of the CO2 in enhanced oil recovery.

CCS has not been joined with EOR on a commercial scale yet, but many operators around the world have large CCS demonstration projects currently under way. The Statoil-operated Sleipner Project, the world’s first commercial-scale CCS project, began operation in 1996 and currently injects more than 1 Mt of CO2 per year about 1,000 m below the sea floor. Total has invested approximately EUR 60 million in the Lacq Project, which it touts as Europe’s first end-to-end carbon capture, transportation, and storage demonstration facility, in Lacq, southwestern France. As operator of the massive Gorgon Project in Western Australia, Chevron, along with joint venture partners ExxonMobil and Shell, is currently building what will be the largest CCS project in the world, capturing 120 Mt of CO2 over the predicted lifetime of the project. In addition, both Schlumberger and Halliburton have dedicated CCS units and are involved with various active pilot CCS projects around the world.

Government support for CCS is crucial in its current developmental stage. Governments are demonstrating varying degrees of interest in and support for CCS through grants and subsidies to CCS pilot projects. In 2009, as part of the European Energy Recovery Program, the EU announced EUR 1.05 billion in available funds for seven CCS projects. In 2010, USD 1 billion was granted by the US Department of Energy to the FutureGen 2.0 project in Illinois, a “clean coal” power plant and CCS network.

While there is evidence that worldwide CO2 storage in geological formations such as oil and gas reservoirs, deep saline aquifers, and unmineable coal seams has contributed to mitigating the effect of CO2 emissions, the public and private sectors still need to work together to reduce anthropogenic greenhouse gas emissions. Tax incentives and government grants can aid in developing new technology and effective CO2 storage projects, and much can be learned from the many currently operating CCS projects around the world.