The True Market Value of a Good Petroleum Engineer 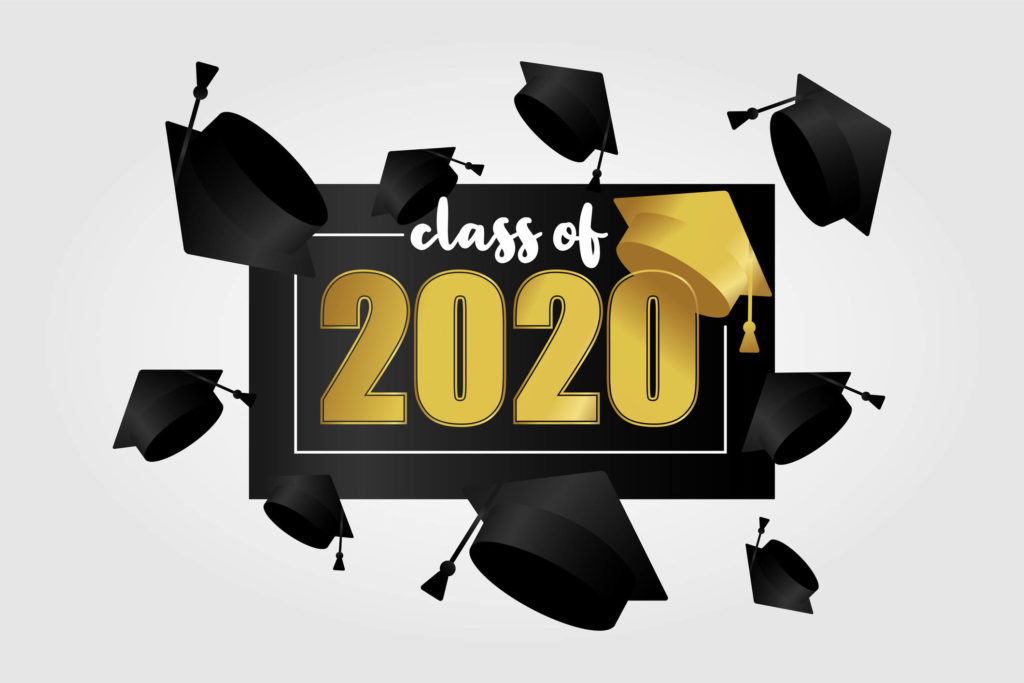 Petroleum engineers should be the natural first choice for petroleum engineering positions: their educational and professional background provides them with an undisputed advantage, giving them a leg over candidates from other disciplines. This article discusses the marketability of petroleum engineering graduates in the workplace in the present, and how this can be improved in the future.

Dedicated to the Petroleum Engineers’ Class of 2020, worldwide. 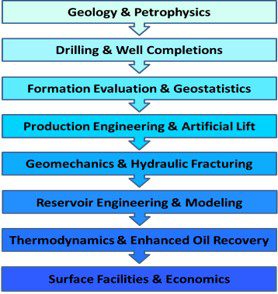 Shrewd petroleum engineering graduates are able to assess oilfield problems efficiently and comfortably through all their facets. When it comes to exploration and production (E&P), well-rounded petroleum engineers are the best candidates for finding out why something is happening, how it is happening, and what you can do to better your wells. Through their intradisciplinary knowledge, they can look outside the box and provide solutions to challenging obstacles, which feature aspects from multiple petroleum engineering subdisciplines. 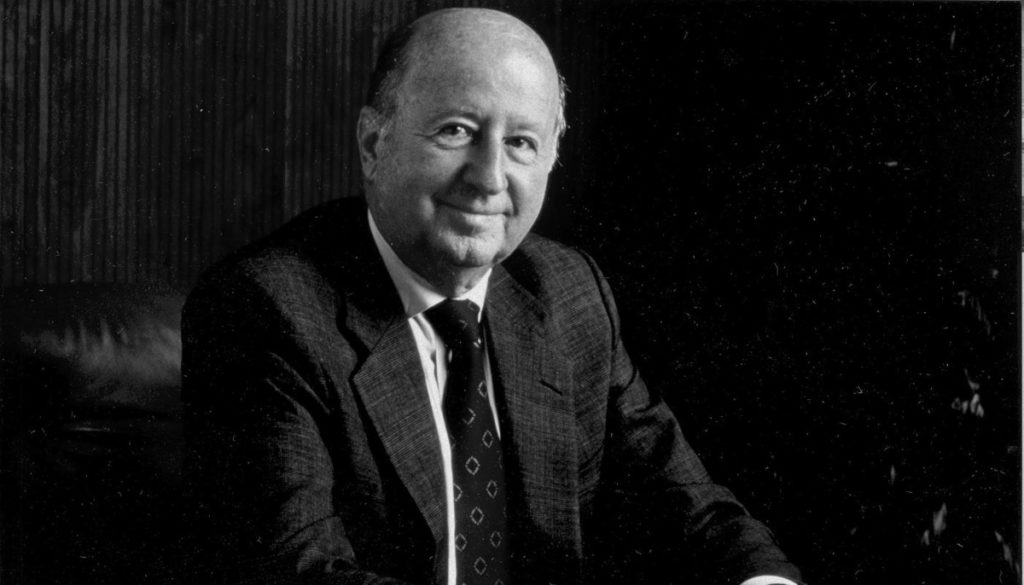 The quintessential example of this comes from George P. Mitchell. The sharp Greek American combined existing technologies from drilling and reservoir stimulation to answer a question known to virtually everyone in the oil field, “How can we extract petroleum straight from the source rock?” By coupling horizontal drilling with hydraulic fracturing Mitchell was able to extract hydrocarbons from the nearly impermeable Barnett Shale source rock making it the target rock itself. This was a golden opportunity lurking where conventional industry did not look. The developments in hydraulic fracturing and horizontal drilling in the 1990s and 2000s, respectively, paired with the rising natural gas prices caused the number of wells in the Barnett Shale to skyrocket (Fig. 3). 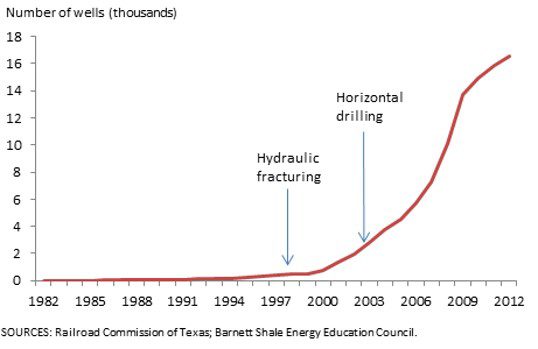 Mitchell was proud to be first a petroleum engineer (first in his class at Texas A&M) and secondly a businessman, comprehending the need to understand the oil industry both technically and economically, applying engineering to satisfy his ambition and competitiveness. But how do we get more George Mitchells?

The answer is in-depth and high-quality petroleum engineering education. Academia should combine curricula and faculty members capable of teaching students (and future industry professionals) giving them skills desired by and necessary for success in the industry (Michael, 2018). Without a good academic foundation, petroleum engineers go into the market lacking that competitive edge.

Academic programs interested in facilitating a smooth transition of their graduates into the industry should work in conjunction with the industry to provide the correct balance between theory and practice in their coursework, ensuring that job vacancies can be immediately filled with candidates of relevant education and training. For instance, a well completions job opening should have no better candidate than a good petroleum engineer specialized in completions. Integrating these petroleum engineering subdisciplines in a manner efficient for teaching and learning is essential for producing market-attractive professionals.

Professional societies such as SPE can act as mediators, bringing people from industry and academia together, putting them in the best position to shape a future narrative where academia prepares good petroleum engineers who are competitive enough to fulfill the oil industry’s  employment opportunities generated in next upturn.

Why Would You Hire a Petroleum Engineer Rather Than Anyone Else?

While engineers of all stripes are certainly able to learn about and understand disciplines other than their own, petroleum engineers come readymade. Petroleum engineers are sometimes referred to as jack of all trades (with the unspoken implication: master of none).

Even with education, which directly prepares them for work in industry, there are some situations in which a different engineering specialty may be better suited for solving the problem at hand. A chemical engineer is better suited to optimizing refining processes just as a mechanical engineer has a better understanding of the torques and forces going into the design of a new engine or drill bit. At the level of supermajors, this can be taken to the extreme: instead of hiring petroleum engineers, companies can hire engineers from other disciplines and train them into petroleum engineers. If the largest of the large thinks it is better to train engineers from other disciplines to be petroleum engineers after they leave school, where is the value in a petroleum engineering degree?

As most oil and gas companies do not have the same training budget or cash reserves available as supermajors, the most obvious answer is the immediacy of their ability to contribute. If an employer needs to get value out of a new hire in weeks or months, a petroleum engineer already possessing a basic understanding of production optimization or reservoir modeling is an ideal option. He or she would only need to learn the finer points as applied to his or her company’s specific methods to be “up to speed,” faster than any other engineer who would need to learn the basics prior to those finer points.

Perhaps more important than the understanding of any one of the petroleum engineering subdisciplines (Fig. 1), however, is a holistic understanding of the entire petroleum process and the relationship between subdisciplines—from formation to discovery, to spud to production, to stimulation and optimization to sales. For example, it is important for a petroleum engineer to recognize that immediate cost saving measures such as drilling a fast but crooked well or skimping on formation protecting chemicals during a fracture treatment will negatively impact the well’s recovery and therefore its value. Generally, a good petroleum engineer recognizes that decisions on a well should not be made in a vacuum, as they may have an impact outside their specialty.

Transferrable Skills of a Petroleum Engineer

Just as engineers from other specialties can sometimes find a home in the petroleum industry, petroleum engineers can also find applications for their skills outside of the patch. Petroleum engineers may be better prepared than many realize for just such a move. The transferrable skills developed over the years working in the industry opens up many opportunities, enabling exploration of new industries and job titles.

“Transferable skills” are skills developed while performing a job or task, which can be applied to other situations, in a wide range of jobs or industries (Ligman, 2009). These are skills acquired through employment, classes, internships, co-ops, research opportunities, study abroad experiences, campus or community activities, etc., which can be transferred to a new career pursuit.

Transferrable skills span technical, communication, critical thinking, analytical, and leadership areas, just to name a few. Good petroleum engineers already learn many of these skills during the course of their formal education, pick up more on the job, and can always continue their professional education, through alternative routes, such as online courses, volunteering, mentorship, and involvement in professional societies.

Can a Petroleum Engineer Work in Another High-Tech Field?

Transferring of skills to the oil and gas business from outside has been far more common than the opposite. Most notably in the period from 2009 to 2013, many NASA engineers switched careers to the oil industry (Kaplan, 2016). Some of them ended up working real-time drilling monitoring centers (or remote operating centers, ROC), due to characteristics they share with space missions. One of the fundamental skills these engineers brought into the oil business was critical thinking and systems engineering, enabling the building of a state-of-the-art ROCs (Kaplan, 2016).

If the roles are reversed, do petroleum engineers have the transferrable skills needed to move to other highly technical fields? The answer is yes. Beyond the mainstream technical overlap with other engineering disciplines (Fig. 4), “strategic skills” are an example of a transferrable skill that became relevant when a reservoir engineer made that transition from a petroleum engineer to a NASA aerospace engineer (Saiz, 2016). Nevertheless, as with every other engineering profession, there is always a learning curve, which may often require that additional training to be fully competent in that profession. 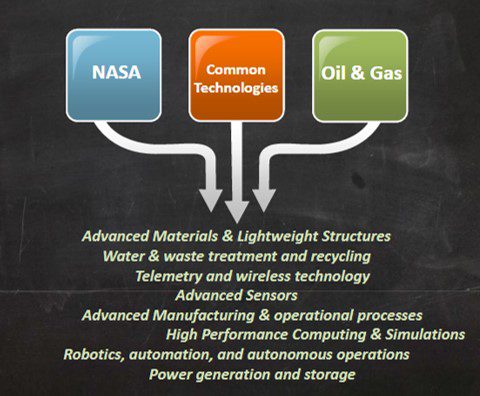 Fig. 4—Common technologies (technology synergies) between NASA and the oil and gas industry, indicating potential areas outside oil and gas where the knowledge and experience of a petroleum engineer can be proven useful. Source: NASA.

For instance, a good petroleum engineer specializing in reservoir engineering can easily transition into investment banking. He or she is already used to performing property evaluation and reserve reporting (which includes cash flow modeling), as well as having a solid understanding on mergers and acquisitions and basic financial modeling, all of which are essential skills of an investment banker. Additionally, while it may seem that petroleum engineering and environmental engineering are diametrically opposed due to philosophical differences, they both have some common traits such as application of principles of geology, hydraulics, hydrology (such as Darcy’s flow), and mathematics for creating solutions to solve environmental challenges of this generation. Petroleum engineers of the future generation should see themselves as environmental engineers especially in their approach in unlocking vast hydrocarbon reserves while doing it with lesser carbon footprints and protecting the environment. With the ever-converging philosophies of both professions, petroleum engineers can provide help now as well as in the future in shaping the field of environmental engineering.

Kaplan, David (2016). Guest Editorial: Risk Management at NASA and Its Applicability to the Oil and Gas Industry. SPE, 1 October.

Michael, Andreas (2018). The State of Petroleum Engineering Academia in its Post-Centennial Years. SPE. The Way Ahead.

Saiz, John (2016). Out of This World Technology: From Petroleum Engineer to Chief Technology Officer. SPE. The Way Ahead.

Andreas Michael is a petroleum engineering PhD student at the Louisiana State University, researching topics related to hydraulic fracturing. He received his bachelor and master’s degrees from the University of Texas at Austin in 2013 and 2016, respectively. He has a broad intra-disciplinary knowledge, becoming a PetroBowl World Champion with LSU in 2019 and placing 2nd at the SPE International Student Paper Contest in the same year. His professional interests include unconventional reservoirs, petroleum geomechanics, petrophysics, economics, and geopolitics.

James Blaney is an engineer on the technical development team at Liberty Oilfield Services. He works with current and emerging technologies to improve efficiency, accuracy, and safety in the field. Previously, he worked as a field engineer on Liberty's frac fleets in the Permian Basin. He holds a bachelor's degree in petroleum engineering from the Colorado School of Mines and a bachelor's degree in economics from Georgetown University.

Samuel Ighalo is drilling advisor for consulting and project management at Halliburton and is responsible for providing well engineering support to oil and gas operations across multiple regions, including North America, Europe, North Africa, Middle East, and Latin America. Ighalo participates in a variety of projects, which span the complete life cycle of the well construction, and is involved with business development and bids/tender processes. He has 14 years’ industry experience and previously worked as drilling engineer for Korea National Oil Corp. Ighalo holds master’s degrees in petroleum engineering from University of Southern California and in petroleum engineering and project development from the Institute of Petroleum Studies (IFP France and University of Port Harcourt, Nigeria).