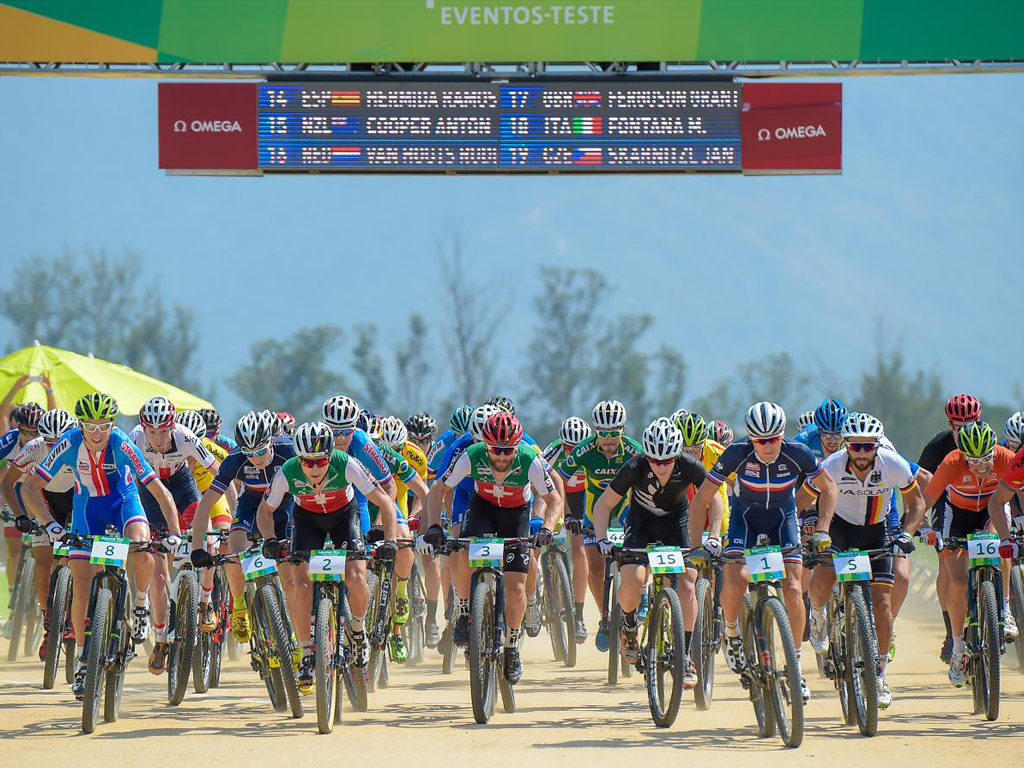 Each edition of the Olympic Games brings together remarkable athletes, volunteers, and spectators of all nationalities in a long-anticipated competition. While Brazil just finished hosting its first summer Olympics in the coastal city of Rio de Janeiro, in the world of oil and gas megaprojects another type of competition is in play—that of market share.

More akin to a marathon race than a sprint, Olympic-sized oil and gas megaprojects take years to come to fruition and require billions of dollars in development costs. Not every planned megaproject will make it to the finish line. What does it take for these ultraambitious projects to succeed? Let us take a closer look at four diverse projects around the globe.

The most expensive energy megaproject currently under way in the world began with the largest oil discovery since Prudhoe Bay on Alaska’s North Slope. The giant Kashagan field was discovered in the Caspian Sea in 2000 and contains up to 70 billion bbl of potential reserves (recoverable reserves of 7–13 billion bbl) and more than 1 Tcf of associated gas. Declared commercial in 2002, Phase 1 development of the field has been under way ever since.

Under the production sharing agreement established in 1997, the North Caspian Operating Company (NCOC) is the official operator of Kashagan (as well as several other fields located nearby in the Caspian Sea). NCOC is a consortium of seven companies: KazMunayGas, Eni, ExxonMobil, Royal Dutch Shell, Total, China National Petroleum Corp., and Inpex.

Low salinity, combined with shallow water and extremely cold winters, results in the Caspian Sea being frozen for nearly 5 months of the year. These adverse conditions require that the field be developed using novel drilling and production technologies. Two types of artificial islands have been built to house the drilling activity and processing facilities, linked by a network of pipelines (Fig. 1).

If the surface conditions were not harsh enough, the producing reservoir is at a low temperature and high pressure, and the oil contains large concentrations of hydrogen sulfide (H2S). The sour H2S gas has already caused obstacles and cost overruns for the project: Phase 1 production was halted just 2 weeks after initial startup in September 2013 due to pipeline leaks caused by the sour gas. The corrosion was so severe that 55 miles of pipeline needed to be replaced before production can resume.

Originally expected to cost USD 10 billion to develop and begin production by 2005, the project is now estimated to have cost more than USD 50 billion—and as much as USD 116 billion, according to one CNN Money article. Every major project will experience a setback or two during development; however, the combination of startup delays, cost overruns, and disastrously low commodities prices is likely making investors in this megaproject wonder if the finish line is in sight.

Sometimes a megaproject flounders not due to the lack of technology or excessive cost overruns, but rather political impasse. Such is the case for one North American pipeline project. Last November, President Obama made a statement that brought years of conflict to an end regarding the controversial Keystone XL pipeline. The Obama administration rejected the plan to construct a 1,179-mile pipeline from Alberta, Canada, to Nebraska, US, citing insufficient job creation and environmental concerns.

The fourth phase of the Keystone pipeline project, commonly referred to as Keystone XL, was proposed in 2008, when oil prices favored development of Alberta’s vast heavy oil resources. Pipeline capacity was constrained, and operators were sometimes forced to pay exorbitant fees to truck the crude to refineries. The USD-7-billion pipeline would add 510,000 B/D of transportation capacity and save its operators billions of dollars each year in transportation costs, which can be funneled back into developing the Alberta sands.

However, while the Keystone XL pipeline was in the spotlight, Canadian companies began looking to other projects to get their heavy crude to markets. Researchers observe that the Keystone XL deliberation process has gone on so long that the market has evolved and adapted in the meantime. New pipelines and expansion projects have been proposed to fill the gap. Two of note are the Alberta Clipper expansion and Energy East proposal.

The Alberta Clipper, named after a weather phenomenon in the area, was brought on line in 2010, moving more than half of Keystone XL’s capacity to a terminal in Wisconsin, US, where crude will be transported through existing pipelines to refineries in Texas.

Energy East is an attempt to sidestep US regulators entirely. This TransCanada project would convert existing natural gas pipeline that stretches from Alberta to New Brunswick into a crude pipeline. In New Brunswick, the crude oil can be refined locally in St. John or loaded into ships for access to global markets. When operational, this pipeline would not need approval from US regulators and, as a result, avoid any taxes levied by the US.

When faced with opposition, Alberta’s pipeline companies have proved agile and innovative in getting their crude to markets.

Artificial Islands in the Persian Gulf

Continuing on our world tour of megaprojects, we next turn to the Persian Gulf and the Manifa Project. UAE rocketed to the front page of architecture and design magazines when the Palm Islands project promised a network of manmade islands and archipelagos catering to tourists in Dubai. Perhaps this is what inspired Saudi Aramco to construct 27 artificial islands and 25 miles of causeway for its shallow offshore Manifa project. The company conducted numerous ecological studies and deemed a series of permanent artificial islands would be more environmentally and fiscally responsible than a string of offshore drilling rigs. Their dedication to the community and environment earned Saudi Aramco a UNESCO Environmental Responsibility award nomination in 2014.

The Manifa megaproject taps into the fifth-largest oil field in the world, a 10-billion-bbl reservoir of Arabian heavy crude. Construction began in 2010; the first phase was completed in 2013, adding 500,000 B/D to Saudi Aramco’s portfolio. In late 2014, the second phase was brought on line, bringing the total daily production of the Manifa field to 900,000 B/D. The project takes almost every aspect of oilfield development into account, including several pressure-maintenance injection wells and reliance on its own heat and electricity generators.

Initial investments for the USD-17-billion project were made in 2010, when oil consistently traded around USD 80/bbl. In 2014, when Phase 2 was ready to be brought on line, OPEC members flexed their production muscles in an attempt to regain market share lost to the aggressive expansion of US shale producers.

No one could have predicted the resiliency of the US companies, maintaining rigs and becoming more efficient as oil fell to new lows. What will Saudi Aramco do with Manifa’s production? They could use the extra 900,000 B/D to pressure oil prices even lower as a continuation of their 2015 strategy. They could also keep the 10-billion-bbl oil field in their pocket to bring the country riches for years to come.

Held for the first time in a South American country, the 2016 Olympic Games in Rio de Janeiro hosted approximately 10,500 athletes. Rio clinched the Olympic bid by beating out other top contenders, including Madrid, Tokyo, and Chicago. The city also hosts the headquarters of Brazilian oil and mining companies Petrobras and Vale. Vale is the third-largest mining company in the world, while Petrobras has been instrumental in the development of large-scale deep- and ultradeepwater oil and gas fields.

Approximately 186 miles off the coast of Rio lies the renowned pre-salt cluster of oil fields—one of the largest oil discoveries in the western hemisphere in the past 30 years. Developed in several stages by the state company Petrobras, the offshore pre-salt production surpassed 901,000 BOPD on 15 September 2015. Production has grown exponentially—in 2010, average daily production from the pre-salt layer was a mere 42,000 BOPD, according to the Petrobras website.

The pre-salt basins are produced using a network of floating production, storage, and offloading (FPSO) vessels, including the recently installed Cidade de Itaguaí, which kicked off production at the Iracema Norte project in the Lula field (Santos Basin) in mid-2015.

Last year, Petrobras was awarded the industry’s prestigious Offshore Technology Conference Distinguished Achievement Award for Companies, Organizations, and Institutions for the set of technologies it developed to produce the pre-salt layer of the Santos Basin. Since the completion of the basin’s first test well in October 2006, Petrobras has overcome several technical challenges to develop the field such as harsh ocean conditions, the remoteness of the field, water depths up to 2200 m, and reservoirs 5000 m below the seafloor. In addition to the technologies developed to improve the drilling and completion of the wells, the field also boasts the first use of an alternating water and gas injection method in ultradeepwaters.

The 10-year outlook plan developed by Brazil’s Ministry of Mining and Energy in 2013 called for a USD-330-billion investment to double existing production to 5.5 million BOPD (two-thirds of which corresponded to the pre-salt fields). However, the enormous costs to develop these fields combined with low oil price has landed Petrobras the unenviable epithet of the most indebted company in the industry—to the tune of USD 130 billion, according to a Reuters article in January.

With low oil prices and a surfeit of oil on the market, companies and countries that have invested billions into these projects are undoubtedly wondering if their investment will pay out. Which projects will be victorious? In these days of uncertainty, one fact remains: only time will tell.

Kristin Cook is a production engineer with 5 years of experience. Her skillset includes implementing artificial lift, optimizing base production, and managing daily operations of tight gas sands and coalbed methane wells. Cook served for 4 years on the board of the SPE Four Corners Section as secretary and programs chair. She received the 2015 SPE Young Professional Service Award for the Southwest North America Region. Cook received her BS degree in petroleum engineering from the University of Oklahoma in 2011. While there, she studied abroad at the Middle East Technical University in Ankara, Turkey, and led the OU PetroBowl team to victory at the 2010 ATCE in Florence.

Li Zhang most recently worked at Devon Energy as a reservoir engineer for its unconventional Delaware Basin assets. Before that he worked as an engineer in the corporate planning group. He has a passion for analytics and is using the current commodity price environment as an opportunity to advance his data science and machine learning abilities. Zhang graduated from the University of Texas at Austin with a BS in petroleum engineering.

Batool Arhamna Haider earned her master’s degree in petroleum engineering from Stanford University and served in the reservoir simulation research team at the Energy Resources Engineering team at Stanford for 2 years. She taught graduate courses at Stanford in various roles as student instructor, including serving as the lead tutor for computation and natural sciences. Before joining Stanford, she served as an application engineer at Weatherford for 2 years and was awarded with the company’s Core Behavior Award on Innovation in 2012. She has authored several research papers that have been presented in international conferences. During her time at the Silicon Valley, Haider decided to pursue her dreams in the arena of machine learning and artificial intelligence. She instructed the workshop series titled “Machine Learning in Plain English” at Stanford University and pursued machine learning projects at Stanford and Halliburton. These ranged from predicting cardiac arrhythmia in patients to ranking the important precursors of high-producing gas wells. She is currently working in the Workforce Analytics Research team at UnitedHealthCare helping in building intelligent models that could predict their employees’ workplace behaviors, such as decision to quit, well ahead in time.