Stepping Out of Your Comfort Zone 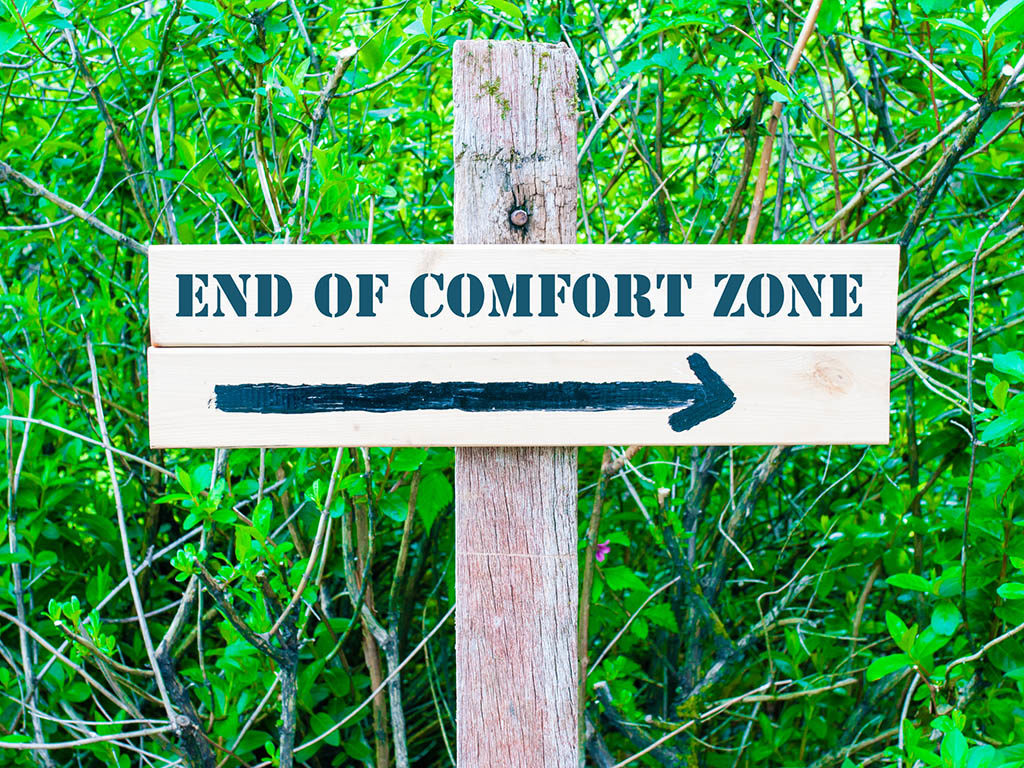 I have had the opportunity to speak to many student and young professional (YP) groups while serving as SPE president and in the year since my term ended. YPs have always been interested in learning how to succeed in their careers.

This economic downturn, however, has added new urgency to the questions I get from young members about the keys to success. Jobs may be a little harder for new graduates to find, and the quick ascent up the company ladder may have slowed a bit for YPs.

A year ago, I wrote an article in The Way Ahead with advice on how to get ahead in your career. I believe it still holds true today:

For this article, I’d like to focus on one critical element—moving beyond your comfort zone. Most of us tend to stay where we are comfortable. We don’t want to risk looking foolish or incompetent and tend to avoid any chance of failure. Usually it is fear of the unknown that stops us. But to be successful, we must try new things and learn skills in new areas. Leaving your comfort zone is as important at age 20 as it is at age 60. In my own career, I have found that I made great gains when I stepped out of my comfort zone, whether as a student, as a YP, or when I made the decision to start my own consultant business.

As an undergraduate student at Mississippi State University, I was encouraged by two professors to participate in a student-paper contest.  I didn’t want to do it because I was afraid I would not make the grade. As part of my practice, I presented it to the senior class, and they picked me apart. It wasn’t fun to receive that criticism, but by the time the contest arrived, I felt prepared. I didn’t win an award, but I learned a valuable lesson about trying new things and the importance of preparation. A couple of years later, while pursuing my PhD at Stanford, I was asked to make a presentation at the first Western Region paper contest with only 2 weeks to prepare. I pulled out some past research I had conducted on steam injection and read additional papers. I built on my previous experience in presenting a paper. I felt more confident. And I actually won first place.

As a summer intern, I built further on my experience when I was asked to make a presentation to company management on what I had done that summer. I practiced every night for a week in the conference room with no audience. When the presentation date was unexpectedly moved up 2 days, I didn’t panic because I had spent so much time in preparation.

Later in my career, I decided to take a leap and started my own consulting business. No one was more afraid than I was, and the proof was the business that I picked. I went into consulting, rather than forming an exploration company, because I did not want to put other people’s money at risk. I was driven more by my fear of failure than the need to succeed. I had just started my business when I was asked to teach a week-long course in Pittsburgh. I was determined to succeed, and I worked late at the office night after night to prepare. But when it came time to deliver, my approach was too technical for the people in the class. I flew home feeling that the class had been a disaster. I was depressed and was sure I would never teach again. Despite my fears, I was asked to teach another class by the same company, and I continued to work on my presentation skills and technique. I improved, and I continued to get assignments. Now, teaching a class and speaking before groups is second nature to me.

The importance of stepping out of your comfort zone was underscored to me recently at a conference in South America. We needed some members to serve as session chairpersons for the conference, but no one wanted to do it. I pressed, but still no volunteers. It turns out that they were afraid they would be asked questions they could not answer. I assured them that their role was not to serve as discussion facilitators, but rather session organizers. They were not going to fail because SPE would not let them fail—they would receive support from SPE. These once-reluctant volunteers quickly saw that the experience was valuable.

My message to YPs is that you need to volunteer to get the most out of your SPE membership. You may have strong technical skills and a good solid technical background, but it takes more than that to be successful. You can polish your skills and explore new areas by serving as a volunteer. My first volunteer assignment was helping with the Hydrocarbon Economics and Evaluation Symposium, organized by the Dallas Section. From there, I moved up the ranks over several years until I became the program committee chairperson. I took advantage of SPE short courses and held several Dallas Section officer positions. I worked on the SPE Editorial Review Committee and began serving in international positions. Eventually, my service led to a position on the SPE Board of Directors. All these advancements came solely through volunteering.

My advice to young people is to get involved! In SPE, it does not matter where you start—it’s just important to start. Don’t be afraid to take the next intermediate, meaningful step to build on your experience. Reflect on what you have learned and find ways to correct any deficiencies. You never know where the next step will lead you.

Before he was 2008 SPE president, Cobb served as SPE vice president of finance and on many SPE committees, including the Reservoir Engineering Program Committee, Publications Review Committee, Distinguished Author Series Committee, and as chairperson of the Formation Evaluation Committee. He chaired the committee that recommended opening an SPE office in the Middle East and served on the SPE Fund Raising Committee in support of the SPE.org initiative. He was an SPE Distinguished Lecturer in 1995. In 1999, he received the SPE Reservoir Engineering Award.

Cobb has served in numerous leadership positions at the section level, including program chairperson and general chairperson for the Hydrocarbon Economics and Evaluation Symposium sponsored by the Dallas Section. In addition to publishing technical papers, he has made more than 50 technical presentations to SPE sections throughout the world.

He received BS and MS degrees from Mississippi State University and a PhD from Stanford University, all in petroleum engineering.