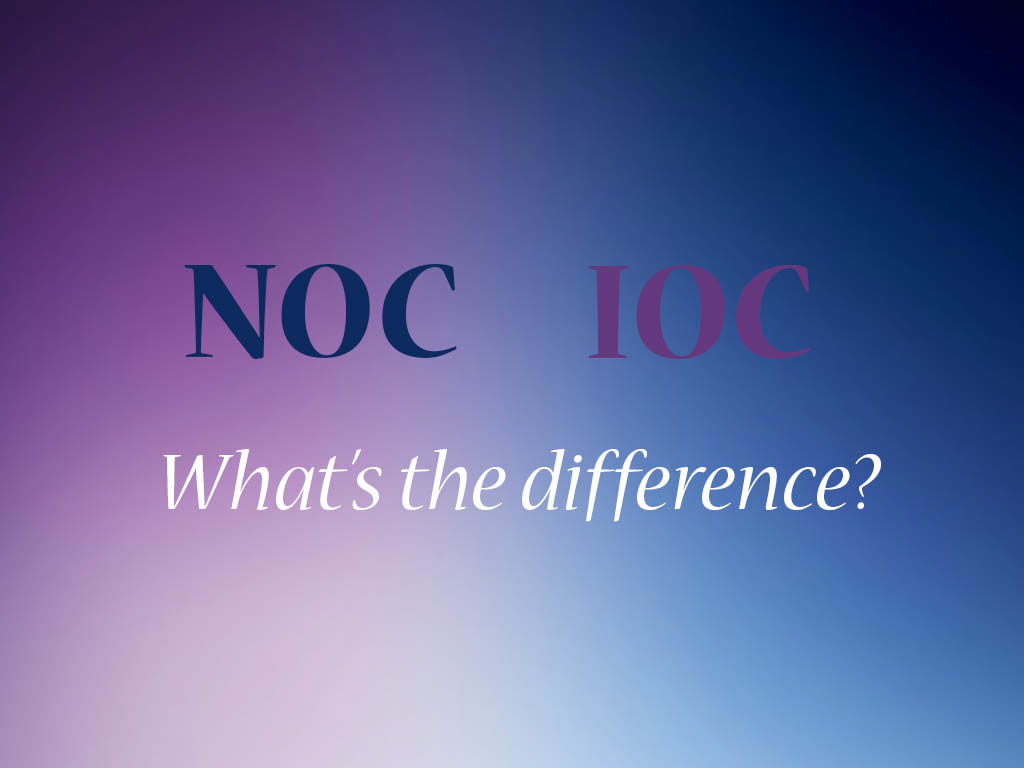 My career in our industry started as a young boy tagging along with my dad to small oil fields in southern Oklahoma. In 1960, he transformed from a high-school-dropout air-conditioning salesman in Oklahoma City into a cable-tool weekend driller. A shallow 300-ft (100-m) oil discovery led to his lifelong career as an independent oil and gas producer, fulfilling a dream of becoming part of the local “oilfield trash.”

His successes paid for my petroleum-engineering education at Stanford University. When done with California, I was adventuresome, and too independent to listen to my professor (Muz Standing), whose first advice was, “Just get a job.” Instead, I sold the car my folks had bought me to drive back and forth to Palo Alto; I used the proceeds to buy a plane ticket to Norway and started looking for something to do. I wanted to do research. Luckily, there was a technical job vacuum in “oil” Norway in 1978. After some months in Trondheim, I landed a teaching-assistant (TA) job, which helped get me out of the bed in my office where I was sleeping because the car-sale money had run out. The TA job gave sustenance to a 22 year-old, long-haired Okie, happy to live in a small all-in-one-room apartment close to work—the Norwegian Institute of Technology. It is still my employer, but now it is called the Norwegian University of Science and Technology.

Trondheim became my home. Soon after my academic career started, I realized that the most rewarding research involved real-life problems defined by the industry. My dual love for research and solving industrial problems turned into some commercial software products and a consultancy business that has lasted more than 3 decades.

I have had the opportunity of training and consulting for many national oil companies (NOCs) and international oil companies (IOCs)—most of the big ones, and a few not so big. This experience is more like that of an indentured servant than of a fully vested employee. Thus, my comments are based on observations and discussions with colleagues who are employed by NOCs and IOCs

Having spent the past 30 years doing technology, with few nontechnical sidetracks, all I could think about when asked to write this essay was “all answers will be shot full of ambiguities.”  Technologists don’t like ambiguities, unless they can be resolved with some effort. Not seeing how the topic international vs. national oil companies could be rid of its ambiguities, I decided to attack the issue as nothing but a bunch of ambiguities. Once revealed in their glory, we could then ask “what’s the difference?” So let’s get started…

Ambiguity 1: Oil Company. An oil company makes most of its money selling produced oil and gas. I like the descriptor “gas and oil company” because of my technical prejudice for gas. Gas fields can be engineered more accurately than oil fields, particularly if the gas stays “dry,” with water and condensate staying out of the way.

But folks pay more for oil energy than gas energy. How much more? My iPod application Oil and Gas says today’s prices are USD 72/bbl and 3.80/Mcf. With approximately 6 Mcf/BOE (barrel oil equivalent), my iPod application PCalc Lite figures out that customers are currently paying approximately three times more for oil energy than gas energy: ~ (USD 72/bbl × 1 bbl)/(USD 3.8/Mcf × 6 Mcf/bbl). Gas is a cleaner fossil fuel, and we can engineer the stuff better than oil. One day, gas may become the preferred fossil fuel, demanding an energy price more than oil.

Until then, “oil company” will do… unless you are in Doha or northwest Oklahoma City.

Sometimes an individual or small group of individuals own the majority stock in an IOC, but this is seldom the case anymore. A few Russians still do, and from the old school we have the examples of John D. Rockefeller, Frank Phillips, and T. Boone Pickens.

It seems during the past 30 years that private oil company business strategy has evolved in the wrong direction. Wall Street and its support hooligans have grabbed the oil companies by the neck, moving investments away from high-risk/long-term/large-return toward “make money as soon as possible.” Not good.

Management in some companies has also moved from “find more oil and gas, recover more oil and gas” to “save costs.” They run oil companies more like consumer giant Walmart than on the high-risk/high-reward strategy that built our industry. Until alternative fuels can replace our fossil friends, oil and gas, oil companies had better stay on track with the “find more, extract more” business philosophy. Bean-counter control is not a good way to secure our future energy needs.

Ambiguity 3: Public (National) Oil Company. An oil company that produces oil and gas. The company is owned primarily by a country. Being a Norwegian taxpayer for 30+ years, I like to think of Statoil (the Norwegian national oil company) as a taxpayers’ company, i.e., “my” oil company. Taxes pay for stock ownership, and dividends are wrought from governmental services, roads, health insurance, and pensions for me, my kids, and, hopefully, their kids.

Some NOCs operate (almost) exclusively in their own country. Some are out-and-about like IOCs, trying to expand their horizons and replace “home” with “away” reserves. I’m not quite sure how successful they are, compared with international private companies, but the tally would be interesting to study.

An NOC can be run with a traditional oil company business-management model and include (less-than-majority) private ownership, e.g., Statoil.

Some NOCs are run with strong governmental control, with all the inefficiencies that can bring. Some national-company revenues go straight into the government or royal-family pockets, with a government-dictated annual budget. Other national companies receive oil and gas income directly, which covers company expenditures and pays the government via dividends.

A few national companies are managed with a sincerely adopted national agenda of spreading the profits to the general population through governmental programs, which might include lowered taxes, subsidized fuel costs, and job security.

The worst extreme is an NOC run by a tyrant, with little appreciation for market forces and employee-productivity incentives. These companies focus on maximizing the leader’s own personal power and gain. Shame on you!

Ambiguity 4: Loyalty. In the 1950s and 1960s, our industry had perhaps the most loyal employees of any industry. That seemed to start falling apart in the 1970s, and by the 1980s loyalty was almost gone. The crazy Penn Square period in the early 1980s dismantled any residue of loyalty. Another wind of “move with the money” came a year ago when oil hit USD 150/bbl.

Some companies seem to do better at keeping employees for an entire career. Without having seen the statistics, it seems that ExxonMobil and Saudi Aramco are among the “top 10” on the loyalty list. It also seems that NOCs do a better job of keeping employees for the long haul, maybe because of cultural and language preferences. It would be interesting to see the actual statistics.

Maybe oil companies don’t deserve loyalty because they don’t reward it enough. Maybe they have given up competing in the boom years when job-hopping is too hard to resist.

Ambiguity 5: Science and Engineering. I love engineering, and those pillars of the engineering field who have affected my career. I would trade most of my financial returns in this industry for the opportunities which these giants have given me and many others. Their skills have paid their salaries many times over. I have seen companies properly award technical experts, but I don’t see it much anymore. Bean counters don’t understand that engineering excellence is the best way to save money and make money at the same time.

Engineering pillars are still out there. Look for them in the company you are considering. Unfortunately, they may be less effective now than before. Engineering excellence scores more touchdowns when engineering management provides effective pass protection. Our industry has moved toward management selection based more on bean-counting abilities than engineering skills. Managers need both!

Ambiguity 6: Location. An IOC, by definition, produces oil and gas from a number of countries. Phillips Petroleum was founded in my home state of Oklahoma, but the company essentially led Norway into the oil age during the late 1960s and early 1970s with the original 1969-discovered Ekofisk chalk field, which stands as one of our industry’s most-successful waterflood projects ever. And Norway’s oil and gas industry is still going strong 40 years later.

Founded a few years after Ekofisk was discovered, Statoil (now StatoilHydro) just signed a multibillion-dollar contract with a midsize not-yet-international private company, Chesapeake Energy, to develop the Marcellus shale gas in the eastern USA. Norwegian NOC engineers, who sat in my reservoir-engineering courses in Trondheim, now sit with not-quite-international Chesapeake engineers in Oklahoma City—near the schools around Lake Hefner, where I learned reading, writing, and arithmetic. All of these engineers work together on mega-Tcf gas developments back east.

Because you now know that generalizations don’t work, you need to make a ranked list of what is important to you. An example list might read:

Research the companies you are considering. Talk to engineers who already work there; ask them about your list of issues. Do a summer internship there, if you’re a student. Interview them during your job interview. Ask about their technical pillars and whether these individuals are available for a chat about your future. Google ’em.

Curtis H. Whitson is professor of petroleum engineering at the Norwegian University of Science and Technology (NTNU), Department of Petroleum Engineering and Applied Geophysics. He teaches courses on petroleum phase behavior, enhanced oil recovery, well performance, gas reservoir engineering, and integrated-model optimization. He has coauthored the books Well Performance and volume 20 of the SPE Monograph Series, Phase Behavior. Whitson consults extensively for the petroleum industry through PERA, a specialty consulting company he founded in 1988. He has a BS degree in petroleum engineering from Stanford University and a PhD degree from the Norwegian Institute of Technology (now NTNU). Whitson is a 25-year member of SPE and twice received the Cedric K. Ferguson Young Technical Author Medal (as coauthor with Øivind Fevang, 1997, and Lars Høier, 2001).