COVID-19 and the Energy Transition: An Interview With Jonny Sultoon, Head of Markets & Transitions, Wood Mackenzie 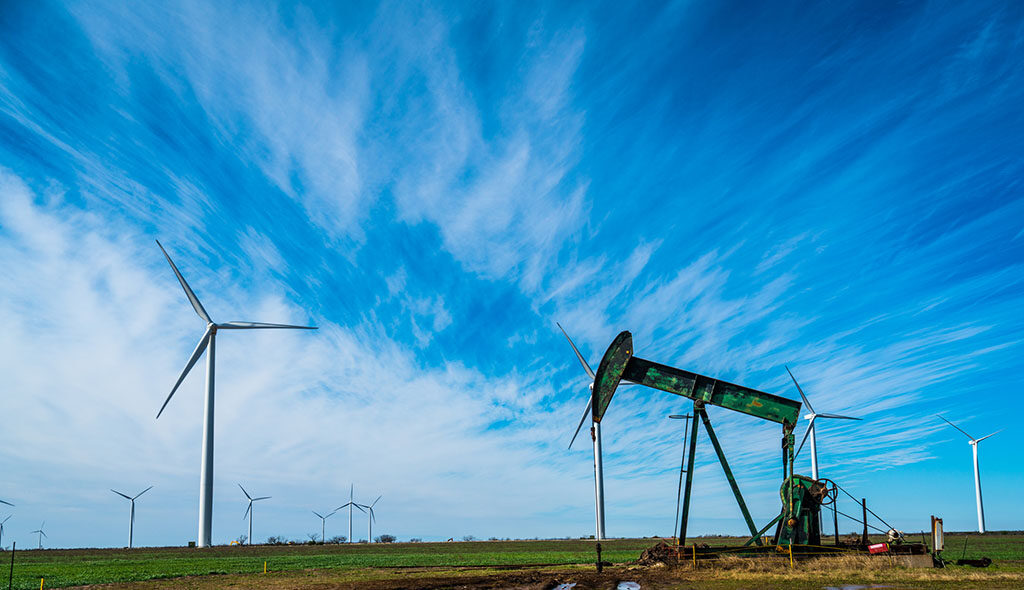 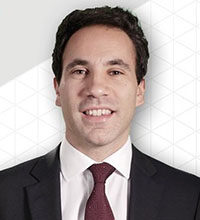 Jonathan Sultoon is the head of Markets & Transitions, Energy Transition, at Wood Mackenzie. He has more than 18 years’ experience leading analysis for global energy markets, including power, coal, gas, LNG, renewables, and new energies. He leads a team of analysts designing commercial research for the energy transition with a focus on green hydrogen, carbon capture and storage (CCS), decarbonization of heat, energy storage, and scenarios of how the world may evolve. His areas of expertise include supply, demand, and price forecasting for the international coal markets; competition between multi-fuels in the power generation sector across Europe and Asia; and corporate analyses of the major producers and utilities.

Before joining Wood Mackenzie in 2006, Sultoon spent 5 years at Gas Strategies Consulting managing the company’s European gas supply and demand service. He also consulted on market entry and pricing strategy into Europe for an integrated major, project due diligence for a consortium operating an LNG liquefaction project in West Africa, and a pipeline monetization strategy routing into the Indian Subcontinent, and provided expert support for QG2 and RG2 LNG liquefaction projects. He holds a BA and MA in Physics from the University of Oxford.

The Impact of the Energy Transition on Oil and Gas Companies

What is Wood Mackenzie’s base case scenario for the energy transition? And, how do you expect the cost of energy from different sources to evolve over the next 20 years?

Wood Mackenzie’s base-case forecast is dynamic, and it evolves over time due to policy advancement, technology, and cost reduction, but there is inherent “business inertia” built throughout the system. Think of the heady optimism after the Paris agreement between many nations and policy makers, in 2015. Now we are 4 years down the road and we have many nations and sectors treading water on their climate goals. That means energy consumption that hasn’t moved that much in terms of decarbonization or sustainability, without political will nor leadership: that to us is business inertia.

However, within our base-case outlook, we expect continued cost reduction in both mature and burgeoning new energy/renewables technologies which deliver large-scale build out of solar, wind, energy storage as well as burgeoning support for areas like green hydrogen, CCS, and electrification of the heating industry.

Will we see energy companies change their short- and long-term investment priorities due to COVID-19?

That depends on several factors. First, where are they based, and what sort of shareholder and disclosure pressure (if at all) they are under. The European energy majors are certainly accelerating their spend in new energies, as well as starting to report all the way through the value chain. Indeed, Scope 3 disclosures and net-zero targets are now starting to become the norm: Repsol, Total, Shell, BP, Eni all advancing policies in recent months. Elsewhere, North American majors such as Exxon are leading on CCS investment. The total Capex has also increased, and positioned toward power, renewables, mobility, storage, and consumer management.

How do you expect ESG [environmental, social, and governance] investing to impact oil and gas and coal companies both today and in the future?

ESG is a theme that is not slowing down, even despite COVID-19. ESG investing has more than doubled over the last 6 years, rated at over $30 trillion. Although there is some dispute still in how the European Union proceeds on what is classified a fossil fuel (the latest points to a delineation between solid and liquid), for Western publicly listed companies the pressure will not abate.

A couple of announcements have really upped the pressure on oil and gas (following the path that thermal coal has been on, albeit 4–5 years later): First, the European Investment Bank ending investment to fossil fuel projects including natural gas in November 2019. This was the first time we had seen a multilateral development bank target natural gas and set the stage for what has come from the European Commission on its Green Deal. Second, the announcement by world’s largest fund manager BlackRock to divest from fossil fuels in January 2020. Although the devil is in the detail, it’s a huge signal to the market and other fund managers will follow. Indeed, the dominoes are falling with growth in different types and flavors of ESG indices.

Natural gas is often considered a transition or bridge fuel. Do you agree? And what type of synergies can we expect between the fossil and renewable energy sources?

Here at Wood Mackenzie, we usually don’t like to think in terms of those clichés for natural gas. In our view, it is a fuel that is well balanced between the power, industrial, residential, and commercial sectors, and has many uses within those sectors—some are price elastic and some price inelastic. It has gained market share in power markets where gas prices are extremely low (e.g., the US) while at the same time not made huge penetration in markets like India, where coal remains cheap.

In the industrial sectors it has applications for the chemicals and metals industries, and although green hydrogen is growing as a renewable source, there’s a lot of renewed interest in grey hydrogen (via steam methane reforming) as well as blue hydrogen with CCS. In the residential and commercial sectors, although there’s a lot of focus around the electrification of the heating sector, which would ordinarily point to a large reduction in gas for heating demand, it has actually made inroads against coal in some Asian markets for town and residential heating. So natural gas is dynamic, the most dynamic out of the three fossil fuels, and reasonably well insulated/diversified depending on the pace of the transition.

What are key technological bottlenecks preventing the more widespread deployment of zero- and low-carbon energy sources?

Solar and wind are mature technologies in many markets around the world. Scaling isn’t really a question there. Competitiveness is not yet on a par with the cheapest fossil fuels in some Asian markets, but it’s coming by 2025, according to our analysis. Similarly, EV cost competitiveness is on its way, but just a matter of time.

The big barriers are in the “other 50%” of global emissions. Road transport (EVs) and the power sector (solar and wind, short-duration storage) have workable solutions. Heavy industries like steel and cement, electrification of aviation and shipping, agriculture and food, high energy heat—these all need much more emphasis on new technologies and cost reduction.

We see large promise for green hydrogen—pairing renewables with electrolyzers to produce carbon-free hydrogen—and it has applications in six or seven different demand sub sectors. But costs are not there yet, even though the project pipeline grows, and the project size is getting larger.

How will the current COVID-19 pandemic slowdown impact investment in low-carbon energy and the energy transition?

All eyes are on governments and fiscal responses. In Germany and Italy for example, already the amount of fiscal injections and loan guarantees sum to around 30% of total GDP. In China, it’s barely 5%. We need to see more on what is in these packages and whether they mean much for extensions of renewable tax credits, stimuli for technologies that are not yet competitive against higher carbon alternatives etc.

One further difficulty is how severe household debt and reduction in consumer spending becomes due to the rapid escalation in jobless claims and unemployment, in mere weeks. Take for example EVs, lots of new models being launched this year but hit by the oil price crash (i.e., cheaper petrol to run your car). So the perception of cost competitiveness will sour further for those people on the fence deciding between an EV and a regular ICE purchase. The fact that they aren’t yet cost competitive due to battery costs and seen as luxury in many segments further that argument. We see EV sales nosediving 40% this year, but the recovery should be as strong with a fast catch up when we begin to normalize—preferences in consumer surveys are still very strongly in favor of EVs.

Climate change is a key driver for developing renewable energy sources. What impact do you think the US exiting the Paris Agreement will have on the global investment in renewable energy and the reduction of carbon emissions?

We think it has a large impact. What the US would have brought to the table was global leadership on policy where policy is needed. So, take for example carbon pricing, tighter emissions and fuel standards; we don’t see these moving forward with the same amount of momentum as we did at the end of 2015. Now we’re actually seeing the watering down of fuel efficiency standards in the transport sector. That makes the move to decarbonize the vehicle fleet a harder challenge, to name one example and brings back that concept of “business inertia.”

Many two-degree pathway scenarios—for which we have our own—need the large-scale reductions in emissions to start in 2020. Now we’ll get that, due to the near cessation of many industrial and commercial activities due to Covid-19, but it won’t be permanent.

How can young engineers leverage their fossil fuels experience to develop new skills for the energy transition, and what is your advice for young professionals working under a multicultural environment as yours?

It’s a great opportunity to be part of the transition, and transition and embrace the changes. Interestingly, four major transition themes (carbon capture and storage, the hydrogen market, offshore wind, and advanced biofuels) are large-scale engineering and chemical-processing conundrums, and all closely adjacent to the upstream industry. There will be no shortage of demand for those skills. We say “Go out there and embrace them.”

Managing a global team is a key area I love about my role. Everything is a learning opportunity; you learn about different cultures, both in a professional environment and outside of it. If you have a curious and inquisitive mind, but also understand and can adapt to different sensitivities, it is a wonderful experience.