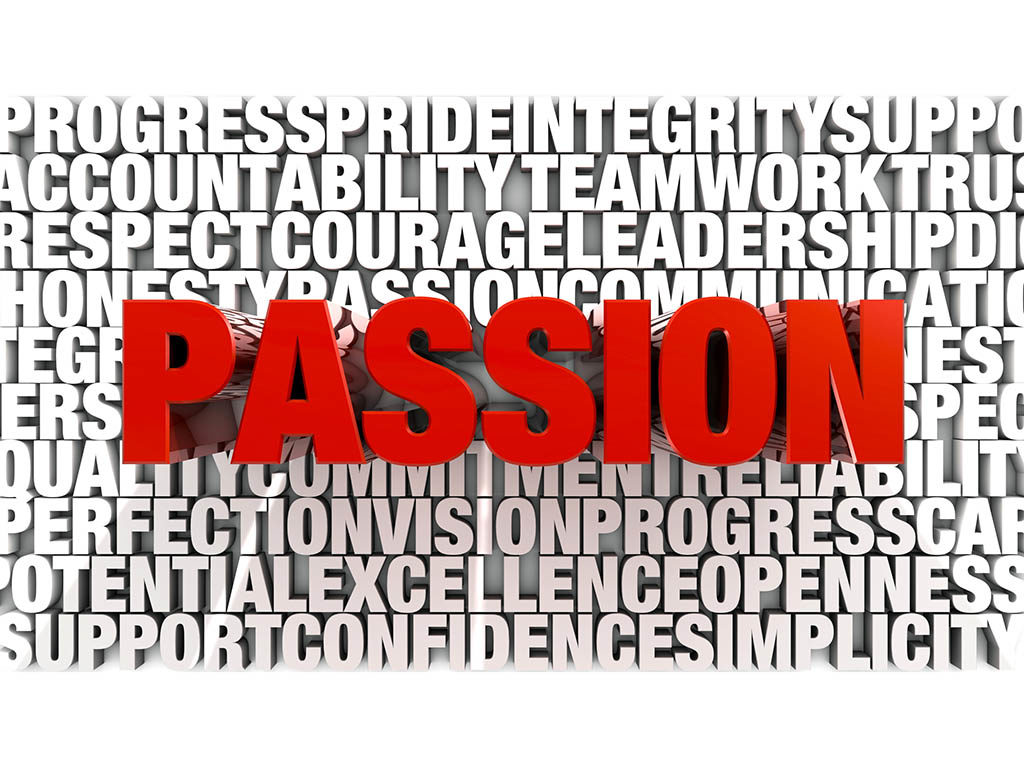 I began my career with a major international oil company (IOC) doing upstream research, specifically in petrophysics, after graduating with a PhD in earth and planetary sciences. The research role had two facets: one consisted of long-term research involving solving multiyear problems that were critical to the business, while the second consisted of shorter-term support of specific business problems (e.g., an operating unit in West Africa might seek help with a difficult petrophysical problem). I found myself more interested in the short-term business problems because they were tangible, connected to other upstream disciplines (thus needing more integration), and had more immediate results. I eventually migrated from research into the more operational side, spending time in the exploration company, and business development. I eventually returned for an MBA, as I was intrigued by the desire to understand the business side of the industry.

After 8 years with the major IOC, I joined a management consultancy firm. As a consultant, I supported a broad array of IOCs, national oil companies (NOCs), host governments, and service companies in solving their pressing strategic, organizational, operational, and people issues. A typical year might see me in Asia supporting a reorganization effort, in North Africa reviewing a technology strategy, and in Latin America supporting an operational improvement. The breadth of companies and problems was exciting and illuminating.

I joined Hess Corporation in 2007 as director of Corporate Strategy. The transition from consulting back to the “oil patch” was natural; I had always planned to return to a role where I would be around long enough to see the impacts of my initiatives. (One of the challenges with consulting is that once you’ve solved a problem, you are often moving on to the next problem before you see the implementation of the solution). I made the choice to return to an independent IOC because the scale of an independent is exciting—it’s the right size, where you can get your hands around problems and feel you’re making an impact. For example, a 100-million barrel discovery at a major IOC can go almost unnoticed, but at a company with just a few billion barrels of reserves, it makes a big difference!  I chose Hess because it is unique among the independents, in that it has the footprint of a major (we’re willing, unafraid, and able to pursue large global opportunities) plus a world-class resource inventory and top-notch management team.

“What really distinguishes an NOC from an IOC is how the company interacts with its stakeholders.”

It’s hard to make a black and white division between IOCs and NOCs. I see a spectrum from 100% public corporations that are partially government influenced to companies that are purely stewards of their domestic resources. For example, if you compare a European IOC such as BP or Shell against a European NOC, such as StatoilHydro, you would be hard-pressed to distinguish the working environments of the two. If you compare the visualization facilities of an ExxonMobil with a Saudi Aramco, you would be unable to tell if you were in Houston or Dhahran.

In general, I find it hard to use the terms NOC and IOC as wholly distinct categories (for example, BP was an NOC a few decades ago and is now clearly an IOC). To apply blanket categorization of NOC and IOC is to miss the reality that there is a wide spectrum of NOCs and IOCs, each group including companies of varying capabilities. What really distinguishes an NOC from an IOC is how the company interacts with its stakeholders. IOCs are typically focused most strongly on the shareholder as the primary stakeholder, while NOCs consider a broader range of stakeholders whose needs must be balanced.

One distinction is that some NOCs are the domestic stewards of the country’s resources. Such NOCs will typically recruit domestically and interact in the local language. Such NOCs might also typically have to cope with some domestic bureaucracy. So a young professional at such an NOC has to develop two sets of skills, global petroleum skills and an ability to operate in the local environment. In some oil-producing countries that are still developing their economies, the salaries of NOC professionals are a fraction of those offered by IOCs. Although working for an NOC can be a great source of pride, this disparity in salary can cause some personnel to leave NOCs for IOCs.

A major IOC that produces more than 3 million barrels a day has to find more than a billion barrels of reserves each year to grow. Such volumes are very difficult to find conventionally, therefore, the large IOCs almost certainly have to pursue unconventionals as part of their portfolios. Independent IOCs have a challenge that is an order of magnitude smaller and therefore could grow more conventionally if they chose. In the independent arena, some choose to grow more conventionally, but a host of others have chosen an unconventional path—particularly North American unconventional gas. The benefit of a smaller size is the ability to steer a more specific strategy that aligns with your capabilities. NOCs with access to plentiful domestic supplies can remain conventional longer, of course, but those pursuing international opportunities will have to compete with the IOCs as well. If you are “big,” you will have to be unconventional unless you are truly a resource-rich NOC.

We have not really seen an NOC-IOC merger, except for consolidation of the Russian oil industry. Partnerships or asset acquisitions, in my view, are much more likely than any significant NOC-IOC merger. In general, partnerships succeed and mergers fail.

Role of Service Companies in the IOC/NOC World

It is important to remember that an oil company’s “cost” is a service company’s “revenue,” which means that if we believe that oil and gas investment will continue to rise and that the extraction of barrels and molecules is getting more difficult technically, then there is a long-term, healthy future for the service companies. I continue to believe that the cyclicality of the business will mean that service company fortunes will wax and wane, but long-term, these companies are essential.

One thing that service companies likely won’t do is to grow their role into “competitors” of the IOCs in a major way. Integrated project management has a role in the industry but won’t be a dominant source of production, in my view. I still believe that IOCs bring with them knowledge of running the business, a breadth of disciplines, a focus on project execution, and a risk tolerance that has traditionally kept service companies from competing directly with them. The service companies provide technology in discrete disciplines. The ability to put it all together successfully, in my view, will remain in the IOCs’ and NOCs’ hands. NOCs have demonstrated the ability to develop industry-leading capabilities (for example, Petrobras in deep water). History has also shown that NOCs can build internal capabilities by partnering successfully with IOCs. I believe that these two mechanisms will be the way that NOCs access technology in the future.

There is a wealth of advice on professional development from people more qualified than I, so I’ll just suggest two different traps of thinking that technical professionals often fall into early in their careers (I certainly did!).

Early in a career, technical professionals invariably remark or think, “I wish that this meeting were over so I could get back to work.”  Admittedly, there are many marginally useful meetings out there, but the mindset that real work occurs at a workstation is limiting. Use the same analytical approach in a meeting that you would in unraveling a production problem. What are the various people saying? Why are they saying it? What is the signal and what is the noise? What do I understand and what don’t I understand? What is the big picture? Who is convincing and why? Who isn’t convincing and why? Am I convincing?

The other trap is to view work from an “individual contributions” perspective. One needs to shift away from this to a “getting the problem solved” mentality. The university teaches us that problems should be solved with individual work in isolation and builds a fear of “cheating” from which you have to evolve in the working world. By “cheating” I mean calling up a colleague who already has solved the problem you are facing and asking advice. In a large oil company, the telephone is your best problem-solving tool. To use it effectively, you must know your company well—the network of people to whom you can reach out for advice, those experts in specific disciplines, etc. Use the telephone (or walk down the hall, or send an email) first before you launch into problem solving. Working in isolation limits your effectiveness and your opportunities to learn.

I went to university in 1986 to pursue a degree in geophysics. At the time, oil prices had collapsed and industry layoffs had followed. The industry had a terrible reputation for employment. But by the time I graduated, the industry had picked up and demand had risen for technical workers while “supply” had fallen. Many people had pursued other careers. My belief is that the industry will remain cyclical and there will be good times and lean times, but that a need will always exist in the industry for hard-working and talented people (who are willing to accept the cycles!).

Bob Brackett is director of Corporate Strategy for Hess Corporation. Brackett joined Hess in 2007 and in his current role is responsible for leading the Corporate Strategy Group and helping it understand the industry environment, inferring its future evolution, evaluating what competitors are doing, engaging in strategic studies, and informing senior management to help craft the company’s strategy.

Before joining Hess, Brackett was an engagement manager in the petroleum practice of McKinsey & Company. He spent 4 years serving the majority of the world’s largest oil companies across five continents and 30 countries, helping to carry out a number of studies across the functions of the petroleum value chain—with a focus on upstream value creation, organization, and strategy. Brackett began his career with ExxonMobil, spending 8 years in a variety of positions in Exploration, Development, Upstream Research, and Production Research.

As a NASA Space Grant Fellow, Brackett received his PhD in earth and planetary sciences from Washington University, St. Louis, Missouri. He received his MBA from Rice University, Houston. Brackett also holds a BS in geophysics and a BA in Astronomy from the University of Texas, Austin. He is a member of the American Association of Petroleum Geologists (AAPG) and SPE and is a coauthor of a recent AAPG special publication, A Systematic Approach to Evaluate Hydrocarbons in Thinly Bedded Reservoirs.