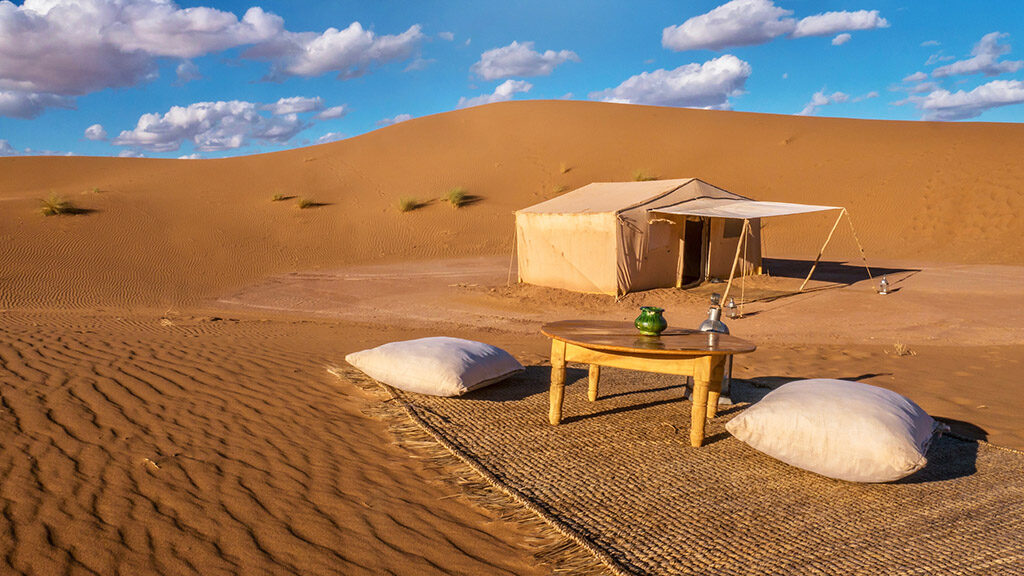 The name Morocco (officially Al-Mamlakah al-Maghribiyyah, or the Kingdom of Morocco) translates to “place the sun sets; the west.” This western most part of the Arab world is a country located in the Maghreb region of North Africa. It has a coastline on both the North Atlantic Ocean and the Mediterranean Sea and has borders with Algeria to the east and the Spanish North African territories of Ceuta and Melilla on the Mediterranean coast in the north. The country  is also just across the Strait of Gibraltar from Europe.

Morocco's economy is considered as a relatively liberal economy governed by the law of supply and demand. Since 1993, the country has followed a policy of privatization of certain economic sectors, which used to be in the hands of the government. Since then, Morocco has become a major player in African economic affairs and is the fifth African economy by Gross Domestic Product (GDP).

Similar to many former African colonies, the Moroccan economy remains heavily dependent on the export of raw materials. Also of growing importance to the economy are modern sectors, particularly tourism and telecommunications; the modern portion accounts for more than two-thirds of GDP, even though it employs only about one-third of the country’s workforce.

Morocco is the 67th largest export economy in the world as well as the 99th most complex economy according to the World Economic Forum’s Economic Complexity Index. Check out these interesting visualizations from the Observatory of Economic Complexity (OEC) to understand the economic complexity of Morocco.

Energy in Morocco—A Bright Future Ahead

Morocco produces marginal amounts of oil, natural gas, and refined petroleum products, and it is a net hydrocarbon importer. In 2017, fossil fuels accounted for more than 80% of Morocco’s electricity generation mix, and renewable energy (wind 9%, hydroelectricity 5%, and solar 1%) accounted for most of the rest. Morocco plans to reduce its dependence on foreign imports by developing renewable energies to meet domestic electricity needs (US EIA).

According to an estimate by the Oil and Gas Journal Databook in 2006, Morocco has proven oil reserves of 170,000 m3 (1,070,000 bbl) and natural gas reserves of 1.7×109 m3 (60 ×109 cu ft). At that time Morocco was believed to have additional hydrocarbon reserves, as many of the country's sedimentary basins were not fully explored. However, the country has been aggressive to improve its situation. L'Office Nationale des Hydrocarbures et des Mines or OHNYM, the country’s central bureau for managing hydrocarbon resources, has offered attractive operating and investment terms to oil and gas exploration and production (E&P) companies. As a result, in the past few years Morocco has seen a surge of interest from international oil companies (IOCs), both small and large, who want to tap into the country’s immense hydrocarbon potential.

These are the top fiscal terms attracting the investment (Tsourakis 2019):

To process the domestic and the imported crude, Morocco has two refineries that are owned by Corral Holdings' Societe Marocaine d’Industrie de Raffinage (Samir). The refineries are located in Mohammedia and Sidi Kacem and have a combined capacity of 24,627 m3/d (154,901 B/D).

A visit to Morocco can be a luxurious escape.  As this article says, you should plan to spend at least a week or two in the riad hotels of Marrakech and enjoy the Saharan desert camps, just to scratch the surface on all the activities Morocco can offer. Make sure to visit in spring or fall to enjoy the pleasant and warm weather. Here are 45 essential morocco tips you need for your trip.

Here are some must-do’s when you visit:

Enjoy eating couscous. Couscous made from semolina grains and steamed in a colander-like dish known as a couscoussière is the staple food for most Moroccans, and is probably the best known Moroccan meal. It can be served as an accompaniment to a stew or tagine, or mixed with meat and vegetables and presented as a main course. Almost all Moroccan restaurants uphold the tradition of serving couscous on Fridays.

Don’t Miss the Bastella. A popular delicacy in Morocco is Bastella, made by layering thin pieces of flakey dough between sweet, spiced meat filling (often lamb or chicken, but most enjoyably pigeon) and layers of almond-paste filling. The dough is wrapped into a plate-sized pastry that is baked and coated with a dusting of powdered sugar.

Visit a Hammam, which are  steam baths.

Stay in a Riad or Dars, which are small hotels renovated from old houses.

Visit the Sahara Desert, and enjoy the seeing the sunset over the sand dunes.

Visit Aït Ben Haddou, to check out the ancient ruins.

Gnaoua Festival. Time your visit so you could catch the festival and groove to some of the best African beats, including jazz reggae and acrobatic dancing.

Vikrant Lakhanpal is a member of the TWA Editorial Committee. He works as technology integrator at Proline Energy Resources, based in Houston, where he focuses on developing transformative solutions by combining subject matter expertise and technology. He was previously a production engineer focusing on brownfield development, and is also actively involved in the acquisition and divestiture market. Lakhanpal volunteers as assistant director at Well Engineering Research Center for Intelligent Automation at University of Houston. He holds a master’s degree in petroleum engineering from University of Houston and a bachelor’s degree in petroleum engineering from University of Petroleum and Energy Studies, India. Lakhanpal has being a part of SPE since 2010 and has held various volunteer positions at SPE globally.