The Diversity Imperative in Oil and Gas 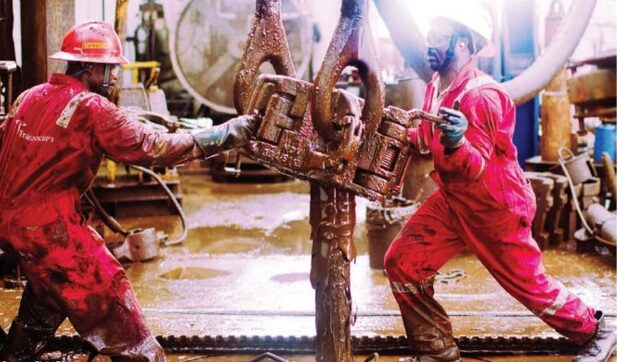 Following the shale boom, the energy industry in the United States has grown significantly in the past 2 decades and is one of the primary engines of the economy. The sector has increased financial security for many by providing well-paying employment opportunities, yet those opportunities have not been available to all. According to Neuhauser (2018), despite the promising path for the middle and upper classes in the oil industry, African-Americans held only 9% of the jobs in the sector and are paid, on average, 23% less than their white counterparts. Women are also underrepresented in the industry. According to the Bureau of Labor Statistics, women account for 20% of those employed in the sector compared with 47% in the overall workforce. This is not a new challenge, with National Public Radio (NPR) reporting that the Equal Employment Opportunity Commission in the United States has been addressing issues of sexism and racism in the industry since the mid-1980s (Brady 2017). For example, Pipeliners Local 798, an Oklahoma-based union, included approximately 5,200 members in the mid-1980s; however, none of them were members of the black community, and the union did not admit its first female member until 1986. While the Local 798 membership has become more diverse, its leadership has not—and this broadly true for the industry. The question remains: How can the industry increase diversity and access to well-paying jobs and leadership opportunities for women, African-Americans, and other groups under-represented in oil and gas?

Geography has proven to be one barrier to increasing diversity. The majority of oil is located in areas that are overwhelmingly occupied by white communities, thus posing challenges in employing black Americans. These areas include the Bakken in North Dakota and the Anadarko Basin in Oklahoma (Neuhauser 2018). These are areas that are isolated, and African-Americans working in such areas often feel uncomfortable because they do not fit in the culture. However, even when oil and gas activity is in areas with a larger black population, employment still lags. According to the US News & World Report, most of the oil companies prefer hiring experienced workers from outside those regions, who are often white, rather than investing in developing the skills of African-Americans living within the area. Some argue that African-Americans do not have the expertise required in the field because of inadequate education (Neuhauser 2018). As a result, they are hired in hazardous or lower-paying positions such as cleaning, while white employees perform many of the well-paying jobs.

Another issue is on-the-job discrimination and poor working culture. According to NPR, the oil and gas industry has not taken sufficient actions on diversity issues and many people from underrepresented minority groups feel threatened in the workplace or are scared off (Brady 2017). This issue is compounded by a lack of good statistics, with organizations not tracking the number of women or African-Americans employed by them, making it difficult to track progress.

If issues with racism and sexism are not addressed, the employment disparities could widen. In 2016, a study by the American Petroleum Institute (API) (2014),  reported that the industry has been growing over the years and projects that, by 2030, the industry will see 2 million new direct employment opportunities. However, many of these roles will likely be highly technical—the types of opportunities that have not been available to African-Americans and other underrepresented minorities. While the expansion is expected to serve as a substantial opportunity to address the lack of diversity in the industry, companies will need to rethink their approach to recruiting and promoting employees from varied backgrounds. For example, the industry should re-evaluate the hiring process, ensuring that their recruitment efforts focus on finding untapped potential in the communities where they operate. Furthermore, expanding the education and workforce training programs to accommodate women and people from under-represented minorities better can increase the size of the talent pool. (Neuhauser 2018). There is more to be done. Organizations such as the API and leading companies in the industry can make diversity a priority for change. Over the coming years, a number of experienced oil and gas professionals will retire as the “great crew change” continues (Brady 2018). That could create an opportunity to increase diversity for the long-term, improving access and pay equity for many groups who currently compose a minority of the industry’s workforce. Diversity and inclusion should be considered as critical strategies for the success of the energy industry, both in the US and internationally.

Nii Ahele is a senior associate with the Energy Core Operations group at KPMG International where he develops and tests actionable insights derived from data and provides expertise on the broad understanding of the energy value chain. He also recommends and advises clients on technical and financial recommendations that establish a trusted adviser relationship. Before joining KPMG, Ahele held various positions at National Oilwell Varco in the Wellbore Technology Division. He started his oilfield career in 2012, designing and qualifying electronics on projects for high-shock, high-pressure, and high-temperature downhole tool applications. Ahele’s primary focus and expertise are on downhole drilling tools for closed-loop automation. He holds a BS degree in electronic engineering from Minnesota State University and an MBA degree from Duke University with a concentration in Energy Finance. In his free time, Ahele organizes science fairs for middle school students in low-income areas in Houston and serves on many nonprofit boards.

As part of the Deloitte Center for Energy Solutions, Thomas Shattuck, SPE, analyzes trends in the global energy industry with a focus on liquified natural gas as well as upstream exploration and development. Before joining Deloitte, he worked as a market researcher covering financial and production metric for deepwater and frontier oil and gas projects in North America. Shattuck also has hands-on experience working in the oil and gas industry, where he started his career as a field engineer for a leading oilfield services company in the Gulf of Mexico.