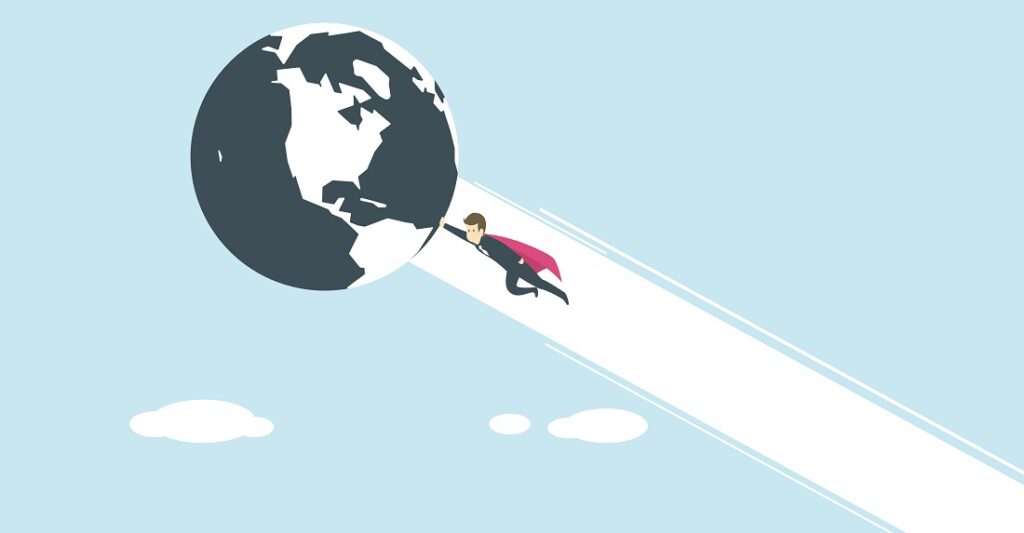 Let me start with an acknowledgment: The situation today is tough, and few have experienced anything like it.

Millions of jobs have been affected by workforce reductions, pay cuts, or demotions. The situation is unprecedented, and so is the need to learn from the successes of the past. Humans have thrived not only by making our own discoveries but also by learning from the discoveries of the past and further enhancing them in the present for the future. That is exactly how we started with the exploration of space in the mid-1900s, landing on the Moon with an eye toward other planets. Now here we are, well-paced for commercial flights to space. If one thing is revealed by this trail of events, it is the continued quest of humans to learn from the past to build the future.

Looking to the stories of those who have experienced the hardest situations will teach us how to face anything in our paths, and that is exactly what this article will do. Here, we present five short stories of extraordinary achievers in the oil and gas industry and their incredible journeys. To honor privacy, we will keep the stories anonymous.

The Hands-on Man and the Art of Actions

A regional president of a leading oilfield services company started his journey in an unconventional way. After earning a degree in petroleum engineering in 1994 with no job available, he had two options: quit the industry or make a move within the industry. He did the latter, swallowed his ego, and started as a trainee roughneck at a local drilling rig company, unlike what other engineers would do at that time. He worked hands-on, in the toughest environment, learning the smallest details in the process. In 3 years, this experience turned out to be a blessing; he found an opportunity at a major oil and gas company. Since then, he has pushed the idea that “no job is small unless you consider it that way.” If you must do something you do not like in the present but that can lead to the future you want, eat your ego and do it.

The Fighter and Master of Resilience

This fantastic oil and gas professional’s story is something you will hear rarely. He was born in Syria and began his career as a forklift driver on a drilling rig. He went on to lead engineers from top universities across the world, working in one of the largest oilfield service companies. Extremely calm and collaborative, he said he believes not only in doing things himself but also in empowering his team to do the same. In the early 2010s, he had to flee war-torn Syria and establish himself outside his comfort zone. And he did it beautifully. He was tested by circumstances, but he has persevered, remained resilient, and paved a path for himself and his family.

The Woman Warrior and the Wild Horse

This is the story of one of the strongest and most empathetic women I have known in this industry. She is a leader by virtue and stands tall on her values, in both life and work. Growing up in France, she had some privileges that other peers in rest of the world did not, but her childhood experiences and her mother, as she shares, shaped her into a warrior. Apart from being professionally successful, she fought cancer and defeated it head on. She started her career with oilfield operations, hammering irons with a 10-lb hammer and carrying 40-lb loads, being the only woman among dozens of men on the rig. Today, she is one of the most respected experts in her business domain, leading by example for her team. She said she believes that, in order to make things happen, you need to invest yourself into them and then let things take shape. Her story will inspire thousands of aspiring women leaders in the industry with two clear messages: Stand for yourself and work hard to make your place.

The Hustler and the Power of Hard Work

This is the story of a 32-year-old professional from a village in West Bengal, India, whose journey has been nothing less than an inspiration. This man studied only until 12th grade, worked on a wide range of equipment, changed five companies in the span of 9 years in the oil industry, and went on to become a subject-matter expert in his domain. He never attended university but could explain things and get things done better than many other engineers or supervisors at his level. He said he believes in the power of hard work in all that is presented to him. Excelling in every detail, he learned on the way to becoming an expert in his field.

The Believer and the Art of Rising to the Occasion

This is the story of an extraordinary oil industry professional who hails from a remote village in Bihar, India, and has made incredible inroads in his corporate career. He said he believes that there is no excuse for the doer and no obstacle can stop a man who believes in his dreams. He started his career in a national oil company and later moved to an oilfield services company in 1995. In a span of less than 25 years, he traveled across continents and found career success through his self-belief and ability to deliver when needed. Today, he is the director of a major business division at the oilfield service company and attributes his success to the lessons he learned in childhood and those presented to him on the way.

The lessons from these five stories can be summarized as the following points:

I believe these extraordinary stories will inspire your journey toward excellence and your goals. Remember: We have persevered in the past, and we will get over this in the present, too.

Abhijeet Anand, is the lead editor for the Soft Skills editorial department of TWA. He works as a commercial engineer at Schlumberger for Europe, Africa, and Asia, based out of Bucharest, Romania. Anand has enjoyed versatile positions across his corporate career, involving operations management, direct sales, field operations, technical sales, and support. His mission is “to enable every individual to harness their own potential using self-exploration, productivity hacks, and guided learning.” Outside of work, Anand is a skills ambassador in the energy industry and is a motivational speaker. He has his own YouTube channel, is an active blogger on Medium and his website, and loves adventure sports (triathlete). Anand holds a bachelor’s degree in petroleum engineering from Indian Institute of Technology (Indian School of Mines), Dhanbad; a diploma in entrepreneurship and business law from the West Bengal National University of Juridical Sciences, Kolkata; and a master’s degree in political marketing from the Rome Business School, Italy.