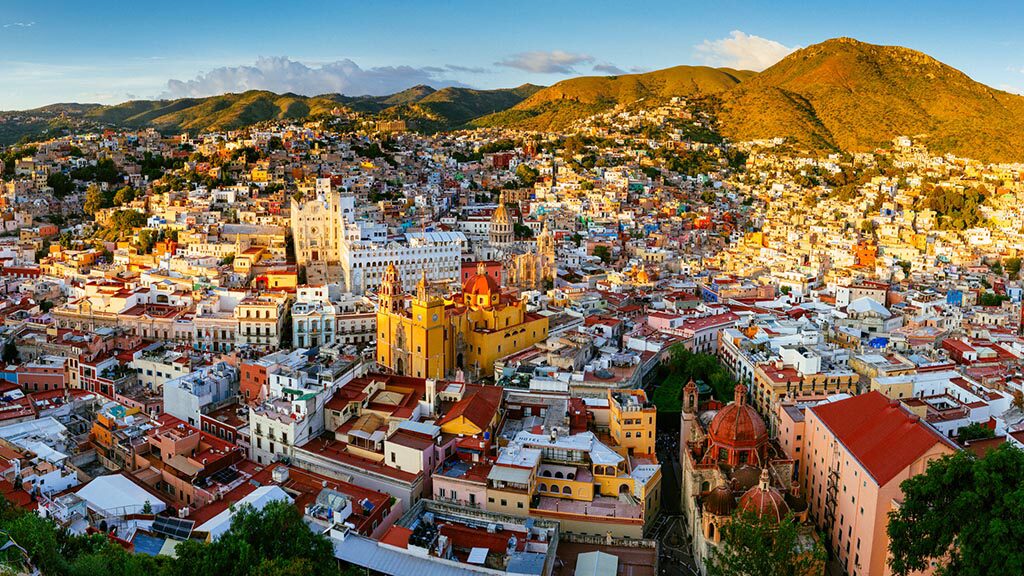 Even before the Spanish conquest in 1523, Mexico has relied on its oil and gas resources. There is evidence that some pre-Hispanic cultures used petroleum from surface deposits (which they called chapopotli) to fabricate elaborate small art pieces, toothpaste, and to use as a wood preservative for their ships.

By the 19th century, oil started to become important not only in Mexico but worldwide. In 1869, US entrepreneurs drilled the first petroleum well in Mexico, but it wasn't until 1901 that commercial production started. A decade later, the country was producing approximately 12.5 million bbl/year and the Gulf of Mexico region was recognized as one of the most promising areas for exploration and production. In 1921, Mexico became the world’s second-largest oil producer, as almost one-quarter of the world’s production (193.4 million bbl) was extracted from underground Mexico.

Unfortunately, the same year marked the end of the first petroleum boom for Mexico. The rate of production reached in 1921 decayed quickly; by the early 1930s Mexico’s production had decreased by 80% due to a worldwide economic depression, the lack of new oil discoveries, and internal politics.

In 1938, President Lazaro Cárdenas ordered the expropriation of all Mexican oil companies and created Pemex (Petróleos Mexicanos). The national petroleum company was granted exclusive rights over exploration, extraction, refining, and commercialization of the nation’s oil.

Pemex’s initial production of 44 million bbl grew gradually until 1971 when it reached 177 million bbl. The decade was a very successful one, as most of the company’s drilling operations were able to locate oil. The "Mexican miracle" took place during this decade, when the production boom generated an impressive amount of economic resources, which led the country to a historical mark of 57 billion bbl in reserves in 1982.

In 1976, one of the country’s most important fields was discovered by a fisherman, Rudesindo Cantarell. The Cantarell field started production 5 years later with 1.6 billion B/D and by the early 1980s was considered the largest offshore development project in the world. The success of the Cantarell field was due to a huge bubble of gas which maintained the pressure of the reservoir for the first 20 years of the field's life.

By 1982, the country was again among the top five producers worldwide and boasted record reserves of 57 billion bbl.

The country’s petrochemical capacity continued to increase, from 63 million tons in 1983 to 84 million tons in 1990, and the industry became more competitive. Although the country had seven refineries, only 40% of its crude petroleum output was refined domestically. The government tried to expand that capacity, but the 1990s’ economic crisis prevented the expansion and forced Mexico to consume more oil output internally and even to import oil.

In 1992, Pemex started to allow foreign investment in some areas; this reform attracted some US companies which were granted permission to drill under contract in Mexico and foreign partnerships were authorized.

The oil and gas industry helped to stabilize the economy during the crisis of 1994, when a 2-decades-old emergency fund helped to pay 20 trillion pesos to Mexico's central bank. That year, the North America Free Trade Agreement was signed but excluded the petroleum industry. Since 1998, Pemex has operated at a loss.

In 2013 and 2014, President Enrique Peña Nieto initiated further energy reform. The country maintained ownership of the subsoil hydrocarbon resources but allowed companies to take ownership of extracted resources and book reserves for accounting purposes. The Mexican Petroleum Fund for Stabilization and Development was established as a sovereign fund maintained by the central bank. The new reform allowed limited foreign investments in different areas within the historically national company. Regardless of the reforms (2013–2014), Pemex has been operating at a loss since 1998, with external debt of the company increasing every year.

Pemex is now the world's most indebted oil company, and the debt is increasing. The Mexican government has a giant puzzle to solve, and it must solve the problem quickly.

Mexico as a Tourist Mecca

Mexico’s economic woes are at least in part eclipsed by its thriving tourism industry. Surrounded by tropical jungles, deserts, beaches, and glaciers, Mexico is a geographical wonder. A melting pot of cultural diversity, the country features an array of culinary traditions, music, dances, and architecture.

Whether you’re an excited tourist or laid-back traveller, Mexico presents a myriad of sightseeing options.

Riviera Maya. In the southeastern region of the country you will find the pristine Riviera Maya. This Caribbean coastline is dotted with abundant flora and fauna and lush greenery. An ideal destination for ecotourism, the Riviera boasts more than 120 km of beaches with turquoise waters, cenotes (subterranean caves connected by rivers), and archaeological sites such as Tulúm and Coba.

Bahía de banderas. Located on the Pacific coast of Mexico, Puerto Vallarta is visited by millions of tourists every year. The beaches are accessible only by boat where you can spot humpback whales (December–March) and enjoy sunsets surrounded by majestic mountains.

Other beaches are Huatulco and Puerto Escondido in the southern state of Oaxaca; Ixtapa Zihuatanejo, Acapulco in the state of Guerrero; Boca del río in the Gulf of Mexico, and more beach destinations all along the Mexican coastline.

Ancient Mexico. Mexico is blessed with a rich cultural heritage, and the indigenous culture still proudly thrives in the country. Be sure to visit some of the country’s thousands of archaeological wonders. 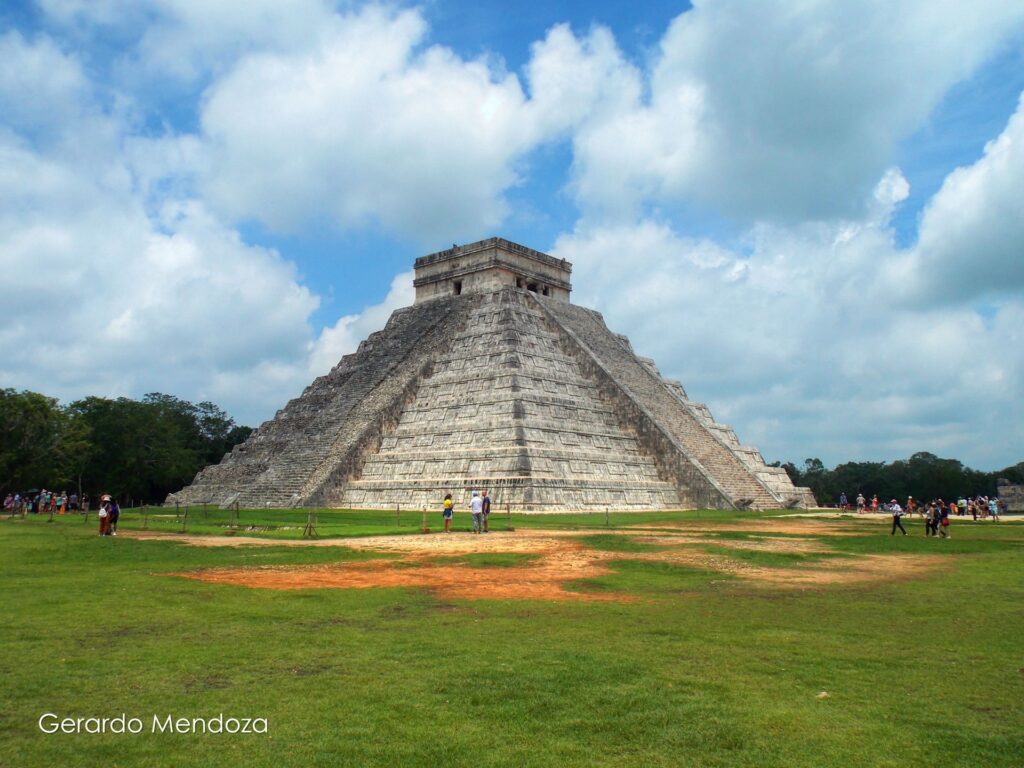 Chichen Itza, the ancient city built by the Mayan people, features one of the new seven wonders of the world, the Kukulkan Pyramid. The attraction is located on the peninsula of Yucatan, in the Yucatan State. Source: Gerardo Mendoza.

Mexico City. The Great Tenochtitlan was once the main city of the Mexican civilization; it reached a population of approximately 200,000 people, making it one of the most populous cities in the world. The city was founded in 1325 and was built on the western side of the lake of Texcoco. Just beside the Metropolitan Cathedral, you can find the Templo Mayor archaeological site, once the most important building for the Aztec civilization. Travelling south, you can find Xochimilco, the only reminder of traditional pre-Hispanic land use in the lagoons of the Mexico City basin, site of the chinampas or floating gardens. Mexico City has great choices in nightlife and cuisine, moderate weather year-round, thousands of colonial buildings and museums, lush gardens, a palace, and a forest in the middle of the city.

Oaxaca City. The southern state of Oaxaca is a marvellous place to visit; in fact, Oaxaca City is known as one of the best tourist destinations worldwide. This colonial city can surprise you with its narrow streets, mixture of cultures, distinctive culinary traditions, and architecture. Construction started on the Santo Domingo church in 1575 and has since been an abode for the Dominican monks. The archaeological site of Monte Albán is located just 9 km from the city. Montealbán was one of the earliest cities of Mesoamerica, and in present day, visitors can experience the ruins of the Zapotec civilization.

Geography as Diverse as Mexico’s Culture

Mexico, the US, and Canada comprise the continent of North America. The country has almost 130 million inhabitants and is the continent’s third-largest country by population. Mexico is the north door to Latin America and maintains very strong bonds to Central and South America. The country has a  9,330-km coastline, a desert terrain in the north, and tropical ecosystem in the south, and four main mountain systems: the Neo-Volcanic Axis, the Sierra Madre Oriental, Sierra Madre Occidental, and the Sierra Madre del Sur.

Located in the Neo-Volcanic Axis and rising 5,663 m, the Citlaltepetl is the third-highest mountain in North America. Nearby, in the Sierra Negra volcano, the Large Millimeter Telescope is the most advanced scientific project in the country. In the same volcanic axis, the Popocatepetl is an active volcano, and from time to time you can enjoy its activity from both Puebla City and Mexico City.

A Lively Celebration for the Dead

The Day of the Dead on 1–2 November is a celebration that dates to the time of the Aztec, Nahua, Toltec, and other civilizations. For them, mourning the dead was disrespectful; instead, they celebrated the continuation of life. Though the particulars of the celebration vary from place to place, the central part is always the ofrendas, alters of remembrance that comprise cempasúchil (flowers that guide the spirits to the right place), tequila, mezcal, tortillas, and other things the deceased once enjoyed. The altar is also decorated with sugar or chocolate skulls, candles, and pan de muerto (dead bread).

If you visit Mexico City during this celebration, be ready to join the parade down the center of town and sing, drink, eat, and dance through the night with your loved ones, living or dead.

Marco D’oleire is a PhD candidate at the Norwegian University of Science and Technology. He holds a  bachelor’s degree from Autonomous University of State of Mexico with a major in physics and a master’s degree at the University of Guanajuato in physics (cosmology). Currently he is a teacher at Tecnologico de Monterrey in Mexico.