What Is Concealed Beneath the Lebanese Offshore? 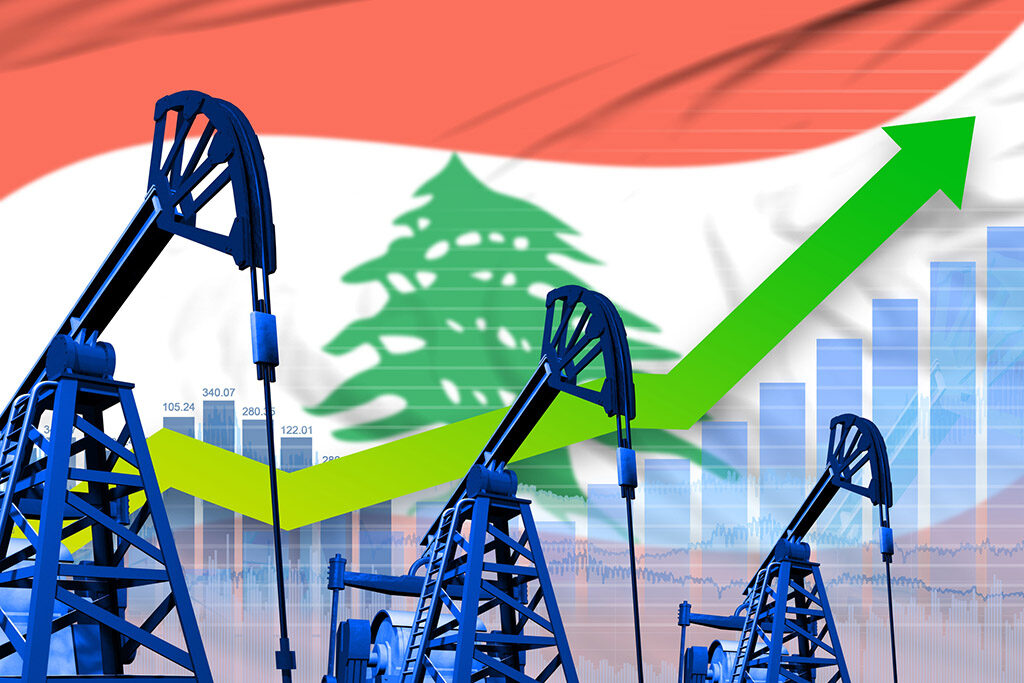 Lebanon is situated in the eastern part of the Mediterranean Sea. The offshore basin of Lebanon, known as the Levantine Basin, is labelled as a prospect for hydrocarbon reserves (Roberts and Peace 2017). The offshore of Lebanon was divided into 10 blocks, two of which were awarded licenses, as shown in Fig. 1 (Lebanese Petroleum Administration). The remaining blocks must undergo a licensing round before exploration activities can occur.

The first offshore exploration well was drilled and completed in Block 4 on 8 May 2020. The drilling activities started with the arrival of the Tungsten Explorer drillship on 25 February 2020. Traces of gas were observed, confirming the presence of hydrocarbon reserves. However, these traces are not enough to yield a commercial quantity (EUROMENA Energy). Furthermore, the gas-bearing Tamar sands formation, located beneath the Mediterranean Sea, was not encountered in this well, indicating that the well was not extended to this formation.

The oil and gas discoveries in Lebanon date back to 1947–1967 when seven onshore wells were drilled which showed the presence of bitumen and gas. However, the cost of extraction from these resources was very high, so no further operations took place (Lebanese Petroleum Administration).

In 1993, seismic surveys were conducted offshore Lebanon to identify the geological characteristics of the subsurface formations and locate structural traps that may indicate potential hydrocarbon accumulation. In general, the geological conditions showed a favorable environment for hydrocarbon accumulation, so more seismic surveys were carried out over the years.

The Lebanese parliament endorsed the Offshore Petroleum Resources Law (OPRL) in 2010 and established the Lebanese Petroleum Administration (LPA) in 2012 to manage and oversee the offshore oil and gas sector. Licensing rounds were open for bidding in 2013 and 52 different companies applied. In 2018, the licenses of Blocks 4 and 9 were awarded to Total as the right-holder operator and Eni International and JSC Novatek as right-holder nonoperators. An environmental impact assessment (EIA) study for Block 4 was conducted early in 2019, and the results are shown in Table 1. The Ministry of Environment approved the EIA study on 18 February 2020.

The Estimated Value of Hydrocarbon

In 2015, a study was carried out to estimate the value of hydrocarbon in offshore Lebanon. The study used the data obtained from Beicip Franlab, the French company that conducted the seismic surveys, and Spectrum, the British company that surveyed the Lebanese coast.

The scenario adopted for oil reserves was in the range of 440–670 million bbl, while the scenario for gas reserves was in the range of 12–25 Tcf. The study used the forecasts of the Energy Information Administration for the evolution of natural gas prices, ranging between $4.96 billion/Tcf in 2020 and $12.04 billion/Tcf in 2039, to find the total estimated value of Lebanon's gas reserves to be around $163.91 billion. Similarly, the Administration's forecast for the evolution of the oil prices ranged between $109.37/bbl in 2020 and $224.62/bbl in 2039, to obtain the total value of Lebanon's oil reserves to be around $90 billion (Credit Libanais Economic Research Unit 2015). However, this estimation needs to be modified as oil prices fell below $50/bbl in 2020 due to the COVID-19 pandemic and to wells not placed in production. Only one exploration well was drilled in 2020 to date, and the estimated start date for production is after 2029.

Geological studies and seismic surveys of offshore Lebanon suggest that hydrocarbons, mainly gas, are trapped in a carbonate formation which is preceded by a thick salt layer, as shown in Fig. 2. In general, the presence of both salt and carbonate formation can be challenging due to problems during the drilling and completion operations (OTC 19880). Salt drilling, for instance, is still considered to be a new practice, and the accompanying problems are still not well understood. Bit-balling, wellbore erosion, well-control issues, and salt creep are some problems that could be encountered when drilling in salt formations (Farmer et al. 1996). These operations become even more complicated when directional drilling is needed (SPE 112669). Moreover, problems such as loss of drilling mud might occur when drilling through fractured carbonate rocks.

The depth of the seabed, at around 1.5 km, poses additional challenges (Roberts and Peace 2017). This water depth approaches the classification of “deep” or “ultradeep,” which would require special types of drilling rigs and platforms for operations. The Tungsten Explorer drilled the first offshore well in Block 4 4 to a depth of around 4500 m below sea level.

It is essential to highlight some challenges that have affected—or might cause an additional delay in—the proposed exploration-and-production timeline.

Politics has dramatically affected the oil and gas sector in Lebanon. As discussed, the studies that suggested the presence of hydrocarbons are decades old; however, little progress was made in this sector over the past decades, mainly due to political infighting in Lebanon.

Another factor that has an impact on the exploration stage is the unfavorable outcomes of the first exploration well drilling in Block 4. Since the Tamar reservoir was not encountered, the position of another well in that region must be well justified. The next targeted exploration well is in Block 9. Total should complete the drilling of this well before the end of May 2021 per the license agreement. However, the exploration phase in this block might also face unanticipated geopolitical issues in Lebanon.

In addition, the outbreak of COVID-19 has had a devastating effect on the oil and gas industry worldwide. Although the virus did not affect the drilling operations significantly in Lebanon, its impact on oil and gas prices will raise the question of whether the discovery of hydrocarbons in other blocks would still be deemed profitable. This drop in prices could discourage energy companies from starting new exploration projects as expected revenues might not be worth the risks involved. Hence, further delays in the Lebanon oil and gas sector are expected.

On the other hand, the situation today might be an excellent opportunity to start new exploration projects, assuming oil and gas prices will rebound in the coming years (at time of production phase). The decrease in the cost of drilling equipment caused by the decrease in demand can also save startup costs, which comprise up to 40% of the cost of the offshore projects (Sassine 2015). This high return on investment would encourage different companies to risk exploration.

A prospective discovery in the Lebanese offshore would significantly benefit sectors such as transportation and electricity, reducing the impact of the economic downfall the country is facing now. However, the question of whether Lebanon will succeed in finding a commercial quantity of hydrocarbon might remain unanswered for several years to come.

Kamel Bou-Hamdan is an assistant professor in the chemical and petroleum engineering department at Beirut Arab University. He holds a PhD degree in petroleum engineering from the University of Aberdeen, UK. His research interests include the role of hydraulic fracturing design on the enhancement of well productivity, implications of geomechanics on the success of drilling and hydraulic fracturing operations, efficiency of enhanced recovery methods, and environmental impacts of well stimulation techniques. Bou-Hamdan holds an MSc in petroleum engineering from Heriot-Watt University and a BE in electrical power and control engineering from Beirut Arab University. He is an active volunteer of SPE and has been a judge for the SPE student chapter award in 2017 and the SPE section award in 2019. Bou-Hamdan is a member of the TWA editorial committee.