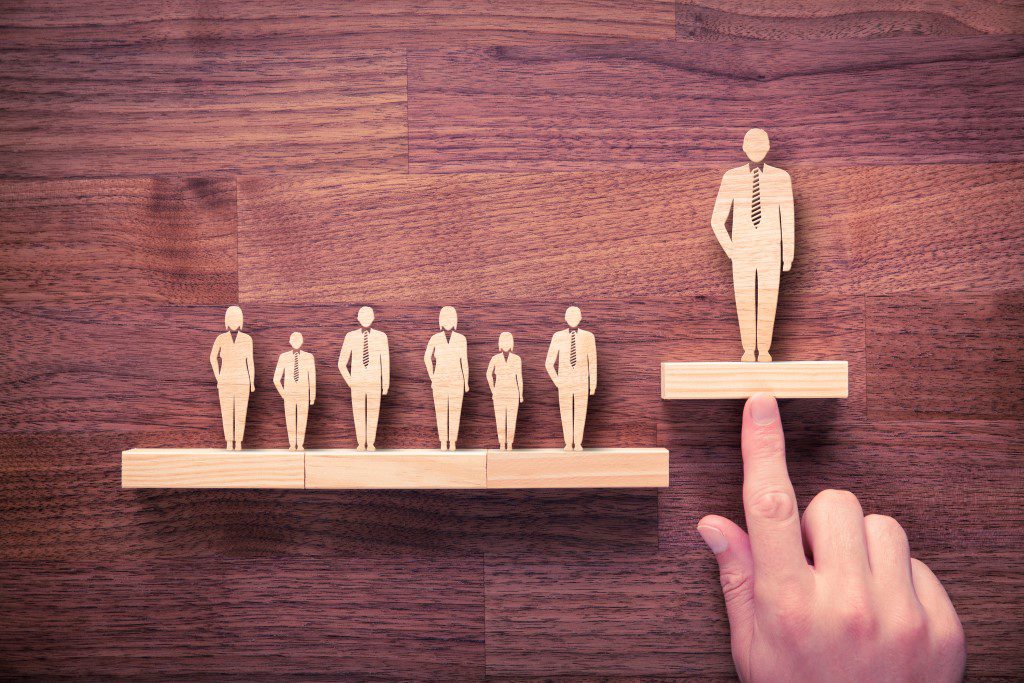 Keith Wolf leads two companies focussed on recruitment and staffing in Houston. The first business, Murray Resources, is a recruitment and staffing firm based in Texas. His second business, ResumeSpice, is focused on helping individuals with career coaching, as well as with preparing their résumé, LinkedIn profile, cover letter, and other job search related services.

Wolf joined Murray Resources as vice president of marketing and progressed to his current position of managing director. As CEO of ResumeSpice, he helped the firm grow from an idea 4 years ago and has helped job seekers worldwide land jobs. He has experience in the recruiting and job search arena from all angles, making him well-placed to give advice for job seekers. In an interview with TWA editor Adam Miszewski, he shares his tips for job seekers.

Miszewski is a member of the TWA editorial committee, and global operations manager at AnTech.

As anyone who has been on the hiring side of the recruiting process knows, most job posts receive hundreds of candidate applications, sometimes thousands. Job boards such as Indeed, LinkedIn, CareerBuilder, and Monster have made it so simple to apply for a role—often with one click—that recruiters’ inboxes are swamped with résumés.

So when you’re competing with hundreds, often thousands, of résumés, how do you differentiate yourself? Keith Wolf, managing director of Murray Resources and CEO of ResumeSpice, recommends going the extra mile. “The good news, if you’re a candidate,” he said, “is that a very small percentage of applicants are actually qualified for the role for which they’re applying.”

Wolf points to a recent internal career consultant role with ResumeSpice as an example. To get the word out, he directly recruited for the role, reached out to his network, posted the role on multiple job boards, and requested referrals—and received more than two thousand résumés. But of those, fewer than 5% met the role’s minimum qualifications. “If you would have applied for the role, you would have been competing with a hundred or so candidates, not two thousand,” Wolf said.

Go a Little Bit Above and Beyond

To illustrate the point of how going the extra mile can set you apart, Wolf cites a recent hire he made for a marketing specialist role. In that case he asked candidates to write responses to a set of questions. Most candidates drafted quick responses over email, but one candidate put together a thorough response in a well-designed PDF. The candidate’s experience was on the lighter side, but his answers were clear, well thought out, and carefully formatted. That’s all it took for the candidate to get a closer look, an interview, and an eventual job offer.

Another way to go a step beyond is to reach out to the hiring manager and offer to take on a small project to prove yourself and demonstrate the quality of your work. Most managers have a nagging project they would love to get off their plates, but even if they don’t, they will still appreciate the initiative. Failing that, at a minimum, you can contact the hiring manager and show interest in the company’s business focus. Something along the lines of “Hey Mr. Job Poster, this is a recent article I read about your industry and these are the points I thought were relevant.”

Reach Out to Higher-Ups

Perhaps counterintuitively, Wolf recommends reaching out to the higher-ups in a company’s hierarchy. “You’re trying to go to where the pain is. Executives are acutely aware of the costs of an open role—particularly the opportunity cost of projects and initiatives that are being held up,” explained Wolf. You also might find that executives are often more responsive than lower-level managers who are swamped with résumés. Higher-ups are also more likely to find a role for someone who has good potential and the right experience, even if there is not an open position at that moment.

Start by finding your target’s contact information. It can be in an email, on LinkedIn, or even on Twitter. Wolf recommends starting with email because most candidates don’t go through the legwork of finding a target’s email address, even though there are a number of free online tools for doing so. Wolf likes Twitter as a way to interact with executives in certain industries, particularly tech. It is informal and people are usually extremely responsive there. Each method of contacting your target manager has its own positives and negatives, so think about your industry and who you are contacting.

What do you say when you reach out? First, keep it brief. If you’re reaching out over email, you must be able to succinctly communicate your personal value proposition in terms of how you can solve a problem the company is experiencing.

If you’re reaching out via social media, don’t immediately go for the ask. Engage in the conversation first—comment on their content to get their attention. Try to find something in common with the people you are reaching out to. If you’re looking for opportunities to have an informational interview, try something like “I’m a fellow Aggie and I’m just looking for advice on….” Make the ask very clear and very simple. If the ask is vague or too big, you’re unlikely to hear back.

Create Your Own Inbound Marketing Strategy

Most businesses have an inbound and outbound marketing strategy. Inbound marketing attracts customers by creating valuable content and experiences tailored to them, such as blogging and social-media content. Outbound marketing, including traditional advertisements, tradeshows, cold calls, and email, is where a company initiates the conversation and sends its message out to an audience.

What we’ve already discussed—reaching out to employers—is akin to an outbound strategy. But consider an inbound strategy as well. By developing your own inbound marketing strategy, you’re more likely to attract potential employers to you. You can do this by differentiating yourself through content on LinkedIn, Twitter, Medium, on personal blogs, or in some combination of those sites. By being present online and posting relevant content, you can establish credibility and authority within your area of expertise. Over time, your online activity should get the attention of your connections and even their connections, thus expanding your personal reach.

So what should you post? Remember, you know more about what you do day to day than anyone else. Start there. Write for the person who may be one step below you on the corporate ladder. Even if you’re in an entry-level role, you can write for new grads who may be interested in learning about what someone in your position does. Everyone is an authority in their current job. Another potential audience is professionals in the same type of role as yours. Someone in a similar role at another company can relate to your job and is more likely to engage with your content. This strategy creates an inbound flow of people’s attention, which will build on itself over time. It also increases the likelihood that a hiring manager will perceive you as an expert in your domain. Most hiring managers will look up candidates who interest them on Google and LinkedIn. Your online content will validate what your résumé is showing them.

For years, hiring professionals have predicted the death of the résumé, with escalating expediency after the growth of LinkedIn. Yet, if you’re applying for a role, you’re going to need a résumé. Even if you’re networking and manage to land a referral, you’re going to be asked to send over your résumé at some point in the hiring process.

When Wolf founded ResumeSpice in 2016, he found that most job seekers could use professional help in preparing their résumé and presenting themselves to potential employers. Knowing how to effectively emphasize your relevant skills can help you stand out.

According to Wolf, most job seekers tend to make the same mistakes such as including too much/too little information, leaving out key metrics, using the passive voice, making grammar mistakes, and overlooking simple typos.

If you would prefer to go the “do-it-yourself” route, Wolf recommends asking a trusted friend or family member for a critical evaluation of your résumé. But don’t go at it alone. When people write about themselves, they may not recognize flaws in their own résumé—you know your story, but it may not be clear to others. Try to get external viewpoints.

When there is little to distinguish among qualified candidates, a strong interview can swing a hiring decision. But like anything else, becoming a good interviewee takes practice. If you’ve been in a role for 5, 8, or 10 years, it’s been a while since you’ve interviewed. That’s why it’s fairly common for someone to be a top performer but an ineffective job applicant. In fact, even the interviewers themselves may not be experts. Murray Resources recently conducted an extensive recruiting survey among hiring professionals. Only 62% of respondents reported ever receiving interviewing training.

Wolf recommends practicing your interview technique with multiple people. This includes preparing your responses to common questions such as “Tell me about yourself,” “Where do you plan to be in 3–5 years?,” “What’s your greatest weakness?,” and other frequently asked questions. The more you’re able to practice, the more fluid your answers will be during your interview.

In the Murray Resources survey, hiring professionals were also asked for their top interview killer. The most commonly cited issue was not showing enthusiasm for a role, with 83% of those surveyed reporting that it reflects very negatively on the candidate. Inappropriate attire (65%) and speaking negatively about a former boss or employer (57%) were the next most common turnoffs.

Finally, it’s easier said than done, but try to focus on what you can control during your job search. Track your progress and remember that you don’t need to land every job you apply for—you only need one.