The Route I Followed 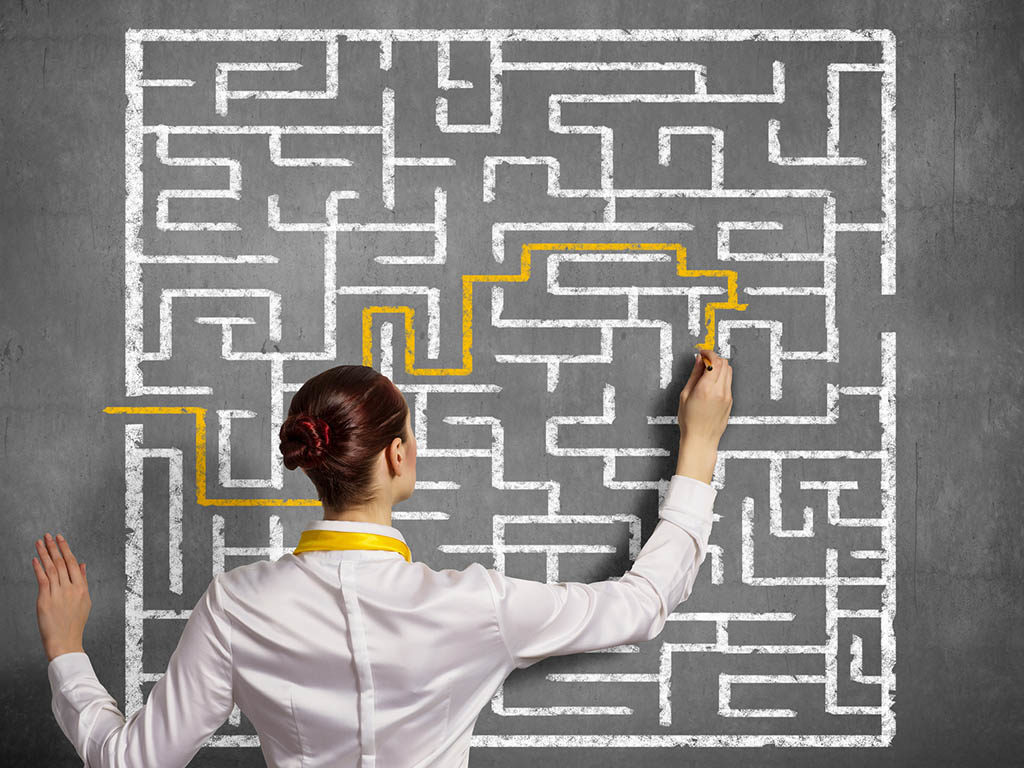 We have asked two women who are paragons in their respective fields to share the experience and wisdom they have gained while pursuing their life’s work in the oil and gas industry. In the Pillars of the Industry section, individuals who have established and distinguished themselves in the industry reach out to young professionals about to inherit their legacy and share their long-established expertise from a mentoring perspective.

Our second author, Karen Schou Pedersen, is the Managing Director of Calsep, a consulting company in Denmark specializing in oil and gas properties, a post she has held since 1982. She is a well-known author and has written two textbooks and more than 30 articles on oil and gas phase behavior. In this article, Pedersen describes the interesting route she took while pursuing her industry career. We hope that Sara's and Karen's stories will inspire other women to follow the trail they have left and join them, making it wider and taking it further.—Luis Ayala and J. Shaun Toralde, Editors, Pillars of the Industry

I grew up on a farm in Denmark, but always knew I never would be a farmer. When I was a child in the 1950s and 60s, my home country went through a transition from a farming community to an industrial society. Before oil was discovered in the North Sea, Denmark lacked raw materials, and many of the new enterprises were producers of medicine or chemicals.

I dreamed of a future in one of these establishments and studied chemical engineering after high school. After leaving university with an MSc degree, I worked for a couple of years for the company Hempel, today the world’s largest producer of marine paints. Hempel had offices in almost 200 countries, and that was where I learned what good service means. Hempel had the slogan “Wherever you are, we are,” and it was understood literally. Alongside the quay, there was always a Hempel consultant ready to assist arriving vessels, should the coating need repair.

I had an ambition to work more scientifically and went back to university to get a PhD degree in liquid physics. In 1981, when I worked as a post-doc at a nuclear research center in France, one of my friends called me about a job in a research project to be started by Statoil in Norway.

I have often wondered why I knew immediately that would be the right job for me. For Danes, Norway was a country of mountains (the highest point in Denmark is 566 ft), good for skiing and summer holidays. From an engineering point of view, Norway was a country with a well-developed industry in mining and the production of aluminum and fertilizers, but when oil was discovered in the North Sea, Norway had no experience with oil production. Statoil, founded in 1972, faced challenges in the North Sea seen nowhere before, with great sea depths, unfriendly weather conditions, and reservoirs at high pressure and temperature. The obvious path for Statoil would have been to call in experts from outside, but Statoil decided to take its own way and hire people like myself, without a petroleum engineering background, to learn about oil production and develop new techniques that would make North Sea oil production competitive with that from environmentally friendlier regions.

I was engaged in a project intended to gain a better understanding of the heavy hydrocarbons contained in reservoir fluids and to develop a compositional pressure-volume-temperature (PVT) simulator. With my scientific background, the obvious starting point was to search literature for oil and gas compositional analyses with corresponding PVT data, but I found practically no data in literature.

When the poor result of my literature search was presented to Per Thomassen, the manager of Statoil’s PVT laboratory, he made a decision that would determine my professional career from that day. Statoil started an ambitious experimental PVT program and published both compositional and PVT data in the open literature. The fluid compositions were analyzed using a so-called true-boiling-point distillation technique, which today, almost 30 years later, still is considered the best starting point for PVT simulation.

The heavy end of a reservoir fluid may contain millions different hydrocarbon components, some with straight chains, some with branched chains, and some ring-shaped with either single bonds or aromatic double bonds. The detailed compositional analyses measured at Statoil’s PVT laboratory in Stavanger, Norway, made it possible to see a pattern in the occurrence of a particular hydrocarbon constituent and its molecular size. My first publication about reservoir fluids revealed this pattern.

In late 1982, the project with Statoil ended, and I had the choice of moving to Norway or finding a job outside the oil industry in my home country. Instead, I chose a third way and founded my own company, Calsep, which was to offer consulting services and software to the oil industry. The name Calsep stands for calculation of separation processes.

To start your own company is a bit like moving away from home. You have to deal with issues that someone else used to handle for you. If light goes out in office, you are the one to call the electrician. Salary is not just coming into your bank account. You have to set up accounting procedures and, most importantly, find out how to earn money.

Being based in Denmark, with only a little oil and gas production, it was obvious that the clients would be found outside the country. If a foreign oil company were to consider a service company in Denmark, it had to offer something unique and had to prove it to be unique. From my time at university, I was used to documenting my work through scientific articles, and when Calsep was founded, I already had written a couple of articles about procedures for characterizing heavy hydrocarbons.

I decided that Calsep should have what my colleague Pashupati Sah, many years later, called an “open book policy.” The technical achievements of Calsep would be made public through scientific articles and presentations at oil and gas conferences. In 1986, Aage Fredenslund, Per Thomassen and I, coworkers in the Statoil project, met at the SPE Annual Technical Conference and Exhibition in New Orleans and decided to write a book summarizing the experience we had gathered in the simulation of oil and gas properties. Gulf Publishing Company had an exhibition booth at the conference and that led to Gulf becoming the publisher of the book, which came out in 1989.

Writing a book made my name well known in the oil society, not only in English-speaking countries, but also in China, which had an expanding oil industry. Professor Tian-Min Guo from Beijing University translated the book into Chinese. While my first name, Karen, in most oil-producing countries is known as a girl’s name, that is not the case in China. When handing out my business card to Chinese, I often experience a surprise, which after a few seconds is followed by “I thought Pedersen was a man.” After all women still are a minority in the oil industry.

While the initial focus for Calsep was on fluid behavior at reservoir conditions, the discipline of flow assurance developed in the late 1980s. The North Sea is rich in gas-condensate fields, and subsea pipelines were built to transport the gas to shore. The transported fluids often carry water, which together with hydrocarbons may form a solid structure called gas hydrate. Gas hydrates are similar to snow or ice and are capable of plugging pipelines and stopping production. With a staff primarily of chemical engineers, Calsep was able to develop software that could tell how much alcohol or glycol had to be added to the transported fluid to prevent hydrates from forming.

Over the years, Calsep started making contact with the oil industry outside the North Sea. In a world with phones and Internet, we thought it would be possible to run all business from Denmark. I remember one of my colleagues at an exhibition in Houston telling a visitor that we were only a phone call away. We had to realize that the US oil industry did not share this view. It wanted to deal with companies established in the US, and in 1999 we set up a Houston office.

Being used to working with clients at least an hour’s flight away, it was a new experience in Houston to receive phone calls saying, “Will you be able to come round after lunch? I have a technical issue I would like to discuss.” Working with the US oil industry also gave me an insight into the classical discipline of oil production. I once stopped at a motel in Midland, Texas, and told the lady serving the dinner that I was going to visit a nearby petroleum museum the next day. She knew the place and said I would be disappointed, but I was not. Coming into the oil industry with a background as a chemical engineer, I still had much to learn about oil production.

In early 2006, Calsep set up an office in Dubai. That was yet another great experience. The oil and gas fields in the Middle East are so immense you hardly can imagine it. The same year, I published a new book on oil and gas phase behavior, this time with Peter Christensen, my colleague and companion in life, as coauthor.

Working out of three offices, one in Copenhagen, one in Houston, and one in Dubai, there are regional differences, of course, but no matter where you are, the oil industry is interdisciplinary. Nobody can claim to be the expert. All major technical decisions require technical experts from different fields. You are only a true expert if you have the ability to listen and understand arguments from other experts. That applies in the North Sea, the US, and the Middle East—and that is what I like most about the oil industry. It took me a long journey to find out, and I might have taken a different route if I were to start again, but no doubt my choice still would have been the oil industry.

Karen Schou Pedersen holds a PhD in liquid physics from the Technical University of Denmark. Since 1982, she has been the Managing Director of Calsep, a consulting company in Denmark that specializes in oil and gas properties. Karen is the author of more than 30 articles and two textbooks on oil and gas phase behavior.