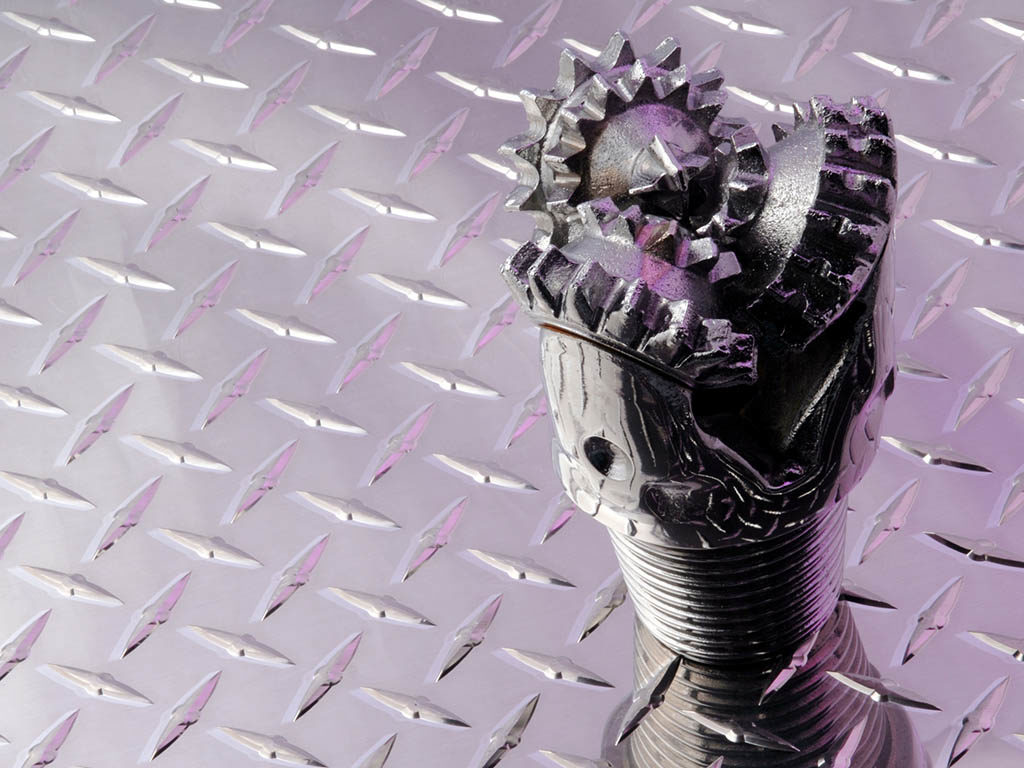 Pillars of the Industry features select contributions from experienced authors who have distinguished themselves by prolific careers and have made significant contributions to their fields of specialization. It is intended that readers find a source of inspiration that could help them shape their own contributions to the industry. In this issue, we have invited Michael Economides of the U. of Houston and Brian Glass and Carol Stoker of NASA’s Ames Research Center to contribute to the discussion about peak oil and hot technologies.

Economides explains why he is prudently optimistic about the world energy situation. He asserts that even though peak oil is a distinctive attribute of any depletable resource, it might never come to fruition in the case of oil. He also discusses his views about global warming and why he would rather go against what he describes as the world’s scientific consensus on this issue.

Glass and Stoker takes us through the fascinating journey of drilling operations in outer space. He talks about current NASA space projects that involve drilling on planets and that use leading-edge petroleum industry technology. He shares his insights about operations in hostile environments, remote operations, automation, and design.

Please join us for a thought-provoking journey around these authors’ personal experiences and expertise.

Eventual in-situ resource utilization to support human outposts on the moon and Mars will require prospecting and drilling with human-tended operations. The robotic search for organics and volatiles on Mars, as well as initial lunar subsurface exploration and near-term in-situ resource utilization, will be accomplished with lightweight, rover-deployable, or standalone drills capable of penetrating a few tens of meters in depth. These lightweight exploration drills have a direct counterpart in terrestrial prospecting and ore-body location, and they will be designed to operate as either human-tended (Fig. 1) or in an automated hands-off mode.

Exploration and the search for life on other planetary bodies (such as Europa or Titan) also will require automated drilling, particularly into icy surfaces. Whether into icy moons or Martian or lunar polar permafrost, an automated drill must be able to penetrate ice and ice-consolidated soils, as well as hard rock and dust.

Since the dawn of the Space Age, no new mission or spacecraft is a completely clean-sheet design, unconstrained by the reuse or adaptation of previously designed components. Future prospecting and subsurface exploration missions and spacecraft will build on the experience and hardware and software base created previously both in automated space systems and in drilling. NASA and the drilling industry now are acquiring experience in developing and building low-mass, automated planetary prototype drills to design and build a preflight prototype for lunar and Mars drilling in rover missions. A successful remote space-drilling system will include the development of both drilling hardware and the automated control software required to operate it safely and effectively without humans.

Current NASA rover missions are science-team driven, but constrained by both light-speed delays and the periodic availability of deep-space telemetry. Science team members plan the next 12 to 24 hours of operations, and then must wait until the next update interval to discover how much has been accomplished. Because the spacecraft has only periodic contact with Earth, and because of light-speed delays, direct teleoperated control of drilling missions from Earth will not be feasible.

While rovers and their managing humans can use imaging analysis to navigate around obstacles, drilling requires penetration of layers of unknown substrate. Terrestrial drilling in the oil and gas industry remains largely an art form, resistant to more than piecewise automation. Humans listen to audible frequency changes and feel changes in the mode shapes and vibrational patterns of a drillstring as it lengthens and encounters new rock layers. Logging engineers analyze data from downhole sensors to identify useful trends and for tribology. On the moon or Mars, mass and energy will be scarce—probably only 50–100W available, total, for all drilling operations. With light weights, no drilling lubricants, likely bit mismatches, and very low power available, it will be easy to get stuck. Early development and demonstration of automated drilling control and recovery technologies is therefore necessary; otherwise, no competent exploration mission designers will allow a drill on board their rover or lander.

In oil and gas operations, automation and remote control typically mean being able to watch values and open/close valves with a mouse click in a control room, rather than by sending out a human with a wrench, eliminating direct hand contact other than joysticks and touchscreens. In space applications, these definitions necessarily tend to be more self-contained and imply minimal or no direct human involvement at all, including monitoring and decision-making processes.

Plug and Play for Space Drilling

The MARTE Instrument Interface (MInI) is a simple and flexible publish-and-subscribe communications package that was originally modified and descoped to ease the software development and integration process for MARTE. MARTE was a complex, multinational project that developed and demonstrated integrated drilling, sample handling, and science payloads to simulate a Mars drilling mission. All of these pieces needed to be developed independently at the home institutions, but yet come together during a short integration period and communicate across a number of different platforms. MInI was developed in order to integrate these without requiring extensive recoding or validation.

While MARTE demonstrated automated and integrated surface operations—core extraction, sample handling, imaging, subsampling, spectral analysis, and curation—its drilling operation was controlled by human engineers standing alongside at its test sites in Santa Cruz, California, and in Rio Tinto, Spain. Drilling progress and troubleshooting were dependent on human oversight and response, just as in commercial drilling.

But hands-off drilling on the moon or Mars also requires that “making hole” be automated as well. The DAME project built on the MInI software in order to add and integrate diagnostic, monitoring, and control elements for operating the DAME planetary-prototype drill. Humans troubleshoot and control drills by tracking and logging sensors and parameters, by monitoring sound and vibration of the shaft, and with established fail-safe limit checks (Fig. 5). The diagnostic approach used in DAME created software modules that mirrored each of these complementary methods. A rule-based system simply reacted to changing sensor values. A hybrid model-based reasoning system compared actual drill-system response to the response of a parallel software-simulated model of the drill in real time. Laser vibrometers were used to measure the deflection and dynamic response of the drill, with a neural net used to interpret the observed changes in natural vibrational frequencies and modes. These diagnostic modules themselves continuously monitored the state of the drilling system, receiving data from the drill server and reasoning about this data in order to provide state estimates.

At the Rio Tinto analog site, MARTE performed a simulation of a Mars drilling mission in September 2005, including interpretation of drill-mission results by a remote science team in a blind test. The field experiment was a success. The MARTE simulated lander platform was placed near the Pena del Hierro mine site near Rio Tinto. Science teams located in Madrid and at NASA Ames Research Center in California commanded the mission operation for 2 weeks each. During the mission simulation, the drilling achieved a depth of 7 m into a weathered gossan deposit. Average core recovery was 20% in this unconsolidated material. Borehole inspection imaging and spectroscopic measurements of the hole walls supplemented the incomplete core record. Using the combination of instruments, the remote science team was able to correctly identify the geologic nature of the site, correctly interpret the mineralogy, and select sites for life detection experiments that yielded positive (for life) results.

The Haughton Crater analog site provided the DAME project field tests with crater landforms and ice-laden fallback impact breccia resembling ice-bearing regolith. There were three sets of 2006 DAME test goals. The first was to demonstrate the automated recognition, while drilling, of at least three of the six major fault modes for the DAME drill, and to employ the correct recovery or safing procedure in response. Any faults not seen naturally in the course of drilling would be manually induced at the end of testing. The second set of 2006 goals was to operate for 3 hours or longer autonomously, hands-off. And the third 2006 goal was to exceed a penetration of 3 m into the permafrost with the DAME drill. And groundtruth drilling would use small commercial drilling equipment in parallel to obtain cores and ice profiles from the permafrost. All three DAME 2006 test goals were completed successfully. All six faults were encountered naturally in the course of drilling, and none had to be artificially induced. Fig. 6 shows the DAME drill in July 2006 tests at Haughton Crater.

Once all other DAME field test goals had been met, an extended, higher-risk test series was conducted during the last 2 days in the field in July 2006. Previous hands-off tests had been run with humans nearby, monitoring drilling progress and software responses at the drillsite, ready to intervene to save the equipment in case of a general system failure. A “bare” or “exposed” test was run on the evening of 27 July 2006. This consisted of starting an automated-drilling sequence, and then directing the human staff to leave the equipment completely unattended while having dinner several miles away at the base camp. This caused some nervousness among the programmers and engineers, but it was a success. Upon their return 4 hours later, the automated sequence was still going on, and the DAME system had detected and successfully responded to a fault and continued.

The technologies necessary for drilling and exploring the subsurface of the moon and Mars, and sampling potential lunar resources, exist and have been demonstrated to function in laboratory tests and field tests at analog sites on Earth. Some areas, such as high-level diagnosis and prediction, automated core and sample handling, periodic remote human oversight, and hands-off recovery from drilling faults, equal or exceed the state of the art in commercial drilling technologies. However, these have not yet been pulled together and integrated into the coherent whole automated-drilling system that will have to be demonstrated before a spacefaring drill flies to the moon or Mars or other bodies. Work is needed to bring together DAME’s hole-making automation with the core handling and topside automation technologies that were tested in MARTE.

Modularity in software integration and scaled-down middleware has been very useful for integrating legacy instruments, robots, and humans in varying combinations, as well as facilitating rapid prototypes and quick testing of different mixes of instruments and/or robots. This has been developed, demonstrated, and field-tested successfully. Planetary drilling automation has thus far been addressed to one class of 5- to 10-m lightweight rotary augering drills. Wireline bailing, rotary-percussive action, and inchworm drill designs have not yet been addressed, and these may be important in deeper planetary drilling designs.