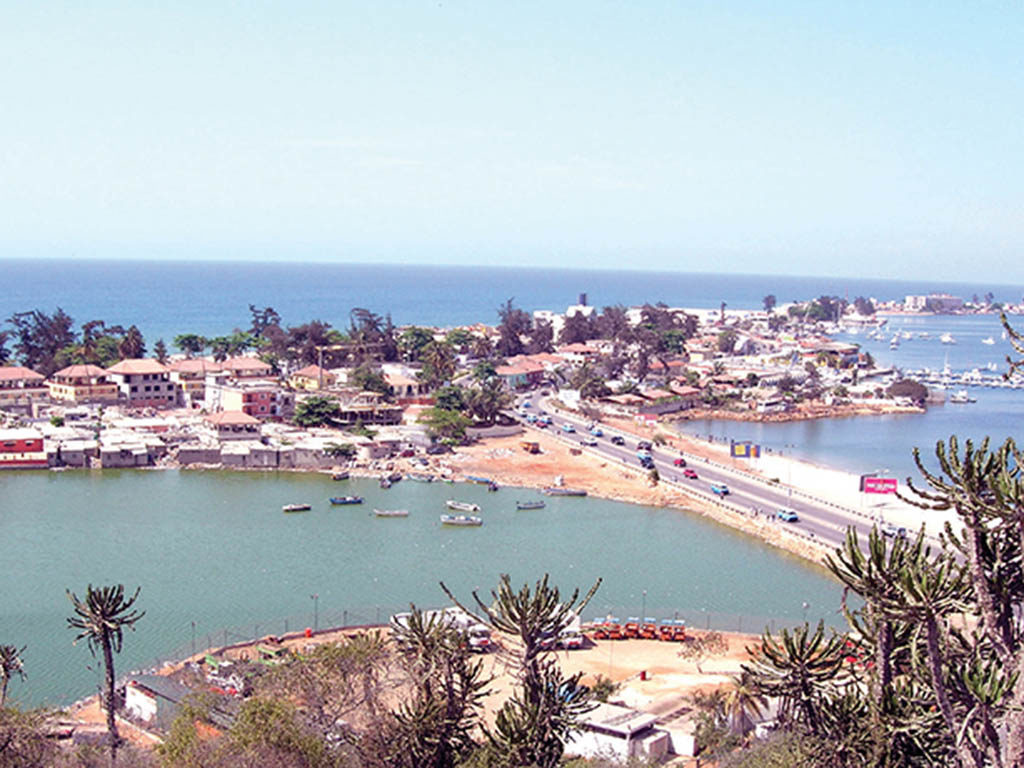 The serene coast of Angola.

Throughout our careers, we manage risk in many shapes and forms. In this issue, Tricia Stephens and Andrea Rimoldi share their perspectives about risk. Stephens highlights the necessity to get out of a comfort zone as the first step along the path to new opportunities. Rimoldi shares his experience of moving to a new position in Angola. Be it the risk-management decisions that are critical to the safety of operations or the career moves that affect us personally, risk is part and parcel of our industry.

Take that first step, understand the risks, and learn how to manage them. No risk, no reward.—Syahril Hussin, YEPP PerSPEctive Editor

Oil and gas companies offer young professionals like me the opportunity to experience remarkable job and life experiences abroad. Nevertheless, the decision for an international career requires some attention. Usually, you cannot find your job destination in a travel agency.

My opinion about west Africa has always been that it is a dangerous place in terms of security and health conditions. This perception was surely influenced by the daily news, which is particularly relevant to international oil company professionals. After fewer than 3 years working in Milan, Italy, in the Eni E&P headquarters, I was offered a position as a reservoir engineer in Angola. I have been there since August 2005.

I always have been aware that because oil company assets are often in developing countries, my career would likely begin in a place such as Africa or the Middle East. Therefore, the refusal to accept an international assignment to countries with greater risk exposure is not consistent with the requirements of an international oil company.

Eni Group has been present in Angola through its subsidiaries for about 20 years. It has been involved in a number of challenging deepwater projects, which have become a valuable asset of the E&P division, and this has led to great opportunities for a number of young professionals such as me.

Angola is currently the fourth-largest African oil producer and one of the leading sub-Saharan countries in gross-domestic-product growth. The flow of international capital and technology to the country has given Angola an opportunity for training the local workforce and integrating it into the global business environment. I am pleased to be a part of this process.

Before leaving Italy for Angola, I admit that I was worried to some degree.

I was not totally aware of what to expect, but I was more than ready to accept the risks associated with such a decision. I wondered whether I was making the right choice. On the other hand, new and challenging responsibilities offered a potential career development opportunity and a chance to improve my technical skills and life experience. The feedback and support from more-experienced professionals in the company, who laid out the pros and cons objectively, helped and encouraged me.

Uncertainty regarding security is the first feeling you get when landing in an unknown country. For security reasons, Eni policy prohibits you to leave the capital city of Luanda without appropriate communication and transportation precautions. However, as time elapsed, I became more confident and started to feel at ease although conscious that lowering one’s guard can be a mistake, especially when armed robberies have been repeatedly reported in Luanda.

Security is not the only risk. Last spring, just before starting my assignment in Angola, there was an outbreak of the Marburg virus, which resembles the Ebola virus, in the northwest part of the country. A few cases were also reported in Luanda. By then, I began to cultivate some doubts about my choice because the risk was not folkloric, but rather real. Nonetheless, the outbreak was closely monitored by the company’s medical team and was soon contained by the local authorities and international health organizations. My doubts faded as the situation became under control.

Malaria is also a menace here. I have always taken European health and sanitation standards for granted. Here, life is quite different, and therefore I have to take a number of precautions that, to some degree, have changed my lifestyle. But a different lifestyle is not necessarily a burden. One should take advantage of what each country has to offer rather than focusing on what it is not able to provide. Even if there is a latent risk associated with security, actual life conditions are not as difficult as I feared and are rather more agreeable than one could imagine. In fact, Angola has enormous potential and may, because of its natural beauty, eventually become as popular as other African tourism destinations.

As a young reservoir engineer at the beginning of my career, I found Angola to be just the place for me. I worked on the Kizomba project, helping to optimize the well strategy of some reservoirs. By now, I know that Kizomba is not only one of the most successful offshore projects in Angola, but also the name of a traditional Angolan dance.

Looking back at my choice, I am confident that it has been the right one. No country is totally safe or ideal. Danger and adversity are worldwide, but valuable opportunities are not.

Andrea Rimoldi is an Italian reservoir engineer with Eni E&P Div. He began his career with a 2-year stint in the Reservoir Characterization and Modeling Dept. and spent 1 year in the Reserves Certification Dept., specializing in reservoir risk analysis, value of information techniques, and probabilistic reserves evaluation. In August 2005, he joined Eni Angola for a 2-year rotational assignment as a reservoir engineer working on deepwater projects. Rimoldi earned an environmental engineering degree from the Politecnico of Milano and a Top Industrial Manager for Europe degree from École Centrale de Nantes.