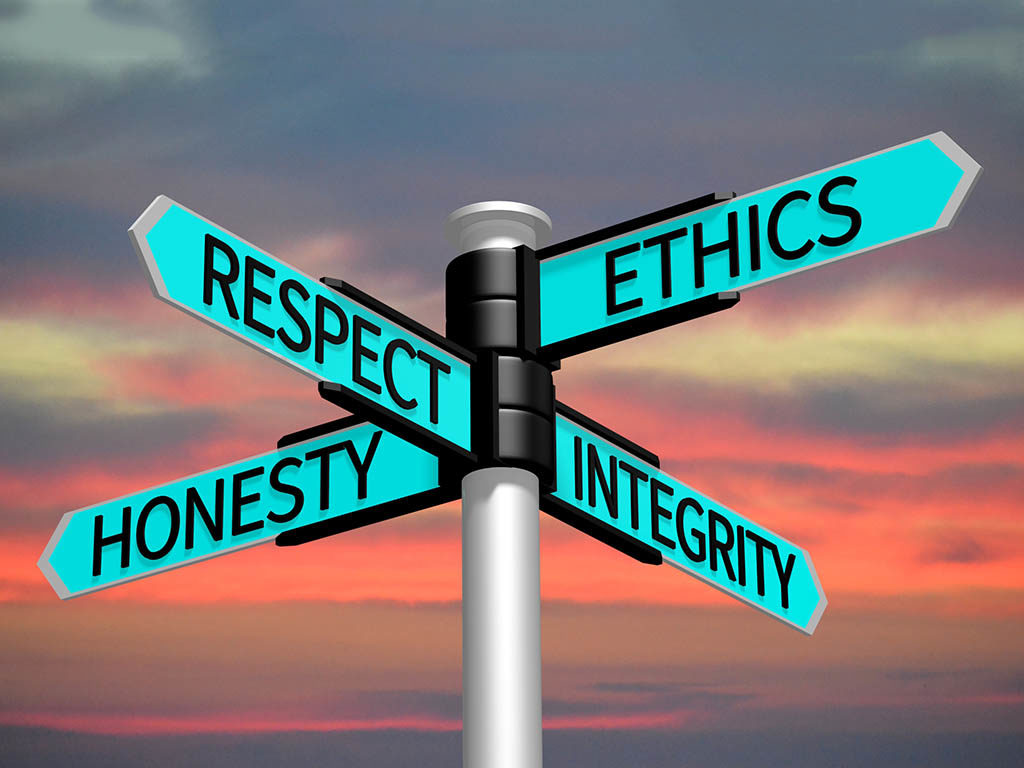 Given the nature of the energy business, we are all challenged with performing the job function in an ethical manner when faced with diverse working conditions, impending deadlines, and a large workload. It should not be underestimated that the individual’s behavior contributes directly to the reputation of the company that employs us. The decisions we make in the field or in the office can have wide-ranging implications within the company and could possibly affect the industry as a whole. This issue’s forum explores young professionals’ views on ethical behavior by analyzing the responses submitted to an online questionnaire.—John Donachie, TWA Forum Editor

In this issue, the forum investigates the perceptions and attitudes of the oil and gas industry’s youth on a subject that might be considered controversial—the industry’s attitude toward ethical behavior.

As with previous forum questionnaires, each question is deliberately provocative to stimulate a thoughtful response and promote further discussion. References to companies and individuals have been removed to promote an honest response and protect confidentiality. Where direct quotes are presented, the opinions do not reflect the stance of any particular company or SPE, but display only that individual’s perception on the subject matter.

This issue’s forum is divided into two sections: (1) general perception on energy industry ethics and (2) general questions posed to stimulate thought and comment. Fig. 1 shows the population of those participating in the questionnaire. There has been a great increase in contributions from young members through the use of an online questionnaire facility provided by SPE Market Research.

Excerpt from SPE’s “Guide for Professional Conduct”: The Fundamental Principle

The engineer as a professional is dedicated to improving competence, service, fairness, and the exercise of well-founded judgment in the ethical practice of engineering for all who use engineering services, with fundamental concern for protecting the environment and safe-guarding the health, safety, and well-being of the public in the pursuit of this practice.

Question 1: Are you aware of your company’s corporate responsibility procedures?

Almost two-thirds of all survey respondents are aware of their company’s corporate responsibility procedures, and another 32% are partially aware (Fig. 2). Only 7% are not aware of these procedures. By gender, males claimed to be more aware than females, while a greater percentage of females were partially aware. By age group, aside from the youngest age group (18–23) being the most aware of corporate responsibility procedures, the level of awareness increased with age. By job class, virtually all Officers/Directors were aware of the procedures, and 79% of the Managers/Supervisors/Foremen were, while only 58% of the staff engineers/scientists said that they were fully aware. This could be an indication that while the awareness is high in the top job classes because of the possible implications associated with noncompliance, communication/training about these procedures to the other job classes may simply be lower. By work experience, except for those with 0–1 year experience, awareness of the procedures increases with years of experience. By nationality, those respondents from North and South America are more aware of these procedures than the rest of the world.

Question 2: Do you believe that the oil and gas industry upholds ethical practices in general?

Question 3: Do you understand the consequences of unethical corporate behavior?

Question 4: Do you see any divergence between what the company’s procedure on ethical behavior is and what it ultimately does?

More than one-third (36%) of the respondents believe that there is a divergence between what the company’s procedure on ethical behavior is and what it ultimately does (Fig. 5). This belief is consistent across gender, age, work experience, and job class, except for company officers/directors, where only 15% believe that there is a divergence. With regard to nationality, the divergence is perceived to be the greatest in Europe, Russia, and Africa.

Representative comments regarding this divergence are as follows:

Question 5: Are you encouraged by your company to perform your duties in an ethical manner?

Overall, 64% of the respondents said that they are always encouraged by their company to perform duties in an ethical manner, while another 31% said that they are mostly encouraged (Fig. 6). Only 5% indicated that they are not encouraged. The differences are not significant by gender or age group. However, as the level of work experience increases, level of encouragement seems to increase, perhaps in proportion to their level of responsibility. With regard to job class, there is clearly a gap between the opinions of officers/directors and the other job classes, who feel less encouraged to perform their duties in an ethical manner than the officers/directors.

Representative comments are as follows:

This section of the questionnaire asked some questions to gauge the opinions of young professionals on the course of action they would take in a given situation.

Question 6: When is it okay to pay government officials to facilitate business?

Question 7: You work in a country where many people drive without licenses. One day, over lunch, one of your colleagues brags about driving the company 4-wheel-drive vehicle even though he does not have a license, clearly against company policy. What would you do?

Taking the correct course of action is not necessarily the easy option. In business practice, there are some aspects that are mandatory and others that are discretionary. Safety is mandatory under any circumstance, and compromise is unacceptable in this area. In the situation described above, you have been given responsibility for action, and although acting ethically may prove difficult, you must ensure that your colleagues are behaving in a manner that protects their, and your, safety.

Representative responses are as follows (Fig. 8):

Question 8: As a manager of a business unit, you must choose one contractor for an environmentally critical phase of a project. What logic would you use for the contractor selection?

A total of 59% of the respondents said that they would select the contractor on the basis of performance against comparative analysis on cost, technical excellence, and safety (Fig. 9). Another 35% said that they would select the best technical proposal aimed at minimizing environmental risks. Both are considered good answers. By gender, males slightly favored the former answer, while females slightly favored the latter answer. By age group and work experience, the inclination to select the first answer increased with age and experience. It was also the most favored answer by Officers/Directors and Managers/Supervisors/Foremen.

Question 9: You bump into an old friend from university who works for one of the companies bidding for a contract handled by your department. He invites you to dinner and entertainment at a fancy and expensive restaurant. He mentions that this is on a purely personal basis; the costs won’t be reported to his company or charged to his company’s account. What would you do?

This question was posed to highlight that clashes can occur between personal and professional circumstances, resulting in ethical dilemmas. If a situation raises the question that your actions may be perceived by others to be unethical, you should remove the possibility that you risk acting unethically and ask others for advice. The stakes in behaving ethically are very high—breaches in ethical behavior are displayed on international news networks. Check before you act, and err on the side of caution.

Representative answers are as follows (Fig. 10):

Question 10: The Human Resources Dept. asks you, as Head of the Reservoir-Petroleum Dept., to complete the performance evaluation of your team. You have also been told to select one individual for promotion. How/who do you choose?

This question offered a variety of answers, with one answer giving the “by the book” correct response. Most people correctly answered the question. However, comments reflected that working conditions, company politics, personal opinions, and relationships ultimately played a role in the final decision.

Overall, 95% of respondents said that they would select the candidate on the basis of technical and professional performance and their impressions of the candidate’s potential. This answer was consistent across gender, age groups, job classes, work experience, and nationality.

Representative comments are as follows: