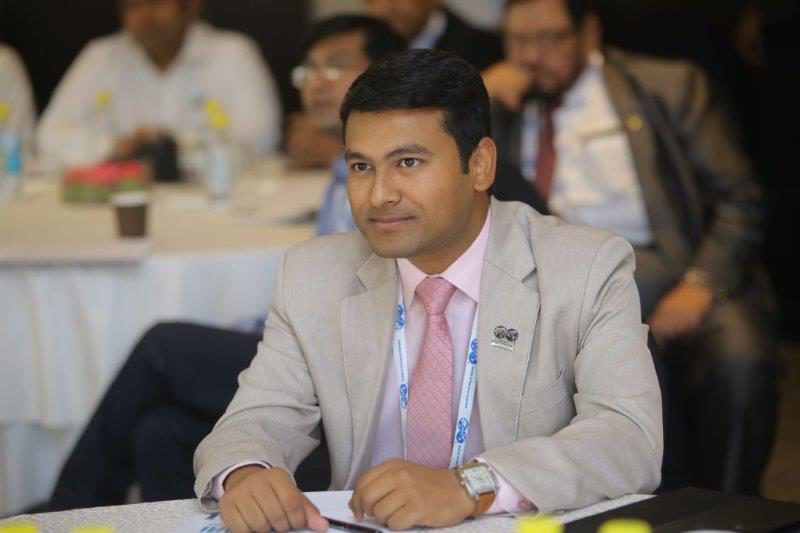 Shivam Saxena is a 23-year-old young professional working as a CETS engineer at Reliance Industries in India. Saxena’s work on the coalbed methane (CBM) project in Shahdol puts him in a rural part of central India but this has not stopped him from continuing his longstanding volunteering history with SPE.

Saxena joined SPE in 2011 following a membership drive at the University of Petroleum and Energy Studies (UPES), Dehradun, India, run by its resident SPE chapter. He became involved in a variety of volunteer opportunities and was a chapter officer in his senior year. At the UPES chapter he helped run exciting projects such as the “Battle Energia” contest and in expanding the UPES SPE Fest.

Since graduating, he has continued his engagement with SPE as a steering committee member, scribes leader, and session manager for the SPE CBM Workshop, for which he received a letter of recommendation from the 2016 SPE President Nathan Meehan.

Outside office hours, Saxena helps students by teaching science classes at the local school in the village of Dhurwar through his company’s social responsibility program. He is able to give back to the local community and share his enthusiasm for science and engineering.

When asked about what inspired him to work in the oil and gas industry, he said that from his school days he was “fascinated with energy existing in multiple forms and changing from one form to another.” His fascination has since driven him to keep learning and expanding his technical knowledge to become a versatile professional.

Saxena continues to grow with SPE by participating in international opportunities such as the Ambassador Lecture Program, eMentoring, PetroBowl question writing, and writing community blogs. In addition to developing his soft skills through volunteering, he is also publishing a technical paper on optimizing progressive cavity pumps for CBM wells with his team at the 2017 SPE Oil and Gas India Conference and Exhibition.

The purpose of “Spotlight on Young Professionals” is to share interesting voluntary contributions and technical achievements of young professionals with their peers. If you know someone who deserves to be put in the spotlight, tell us via our online form.