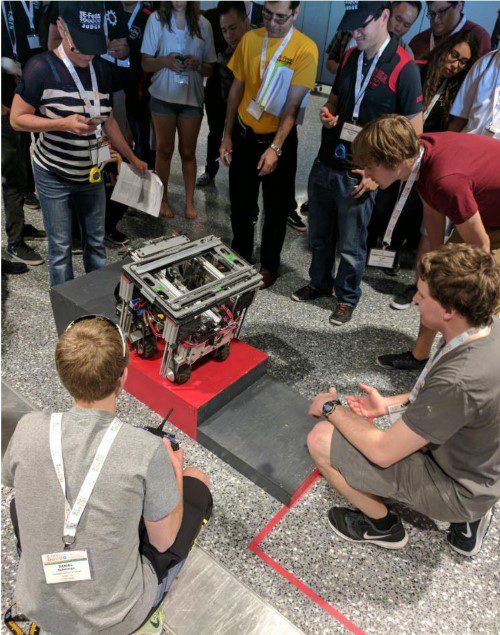 The Colorado School of Mines’ Robot Pentathlon team won the American Society of Mechanical Engineers’ (ASME) West Student Design Competition held at the University of Nevada in Las Vegas, competing against 10 other teams, reported the Colorado School of Mines website’s Newsroom section. Mines team’s remote-controlled robot competed in five different events designed to test its speed, strength and ability, and the technical design skills of its creators: stair climbing, weightlifting, sprinting, throwing a tennis ball, and hitting a golf ball. Members of the team are Daniel Schmerge, a sophomore in mechanical engineering; Jacob Aas, a junior in physics and mechanical engineering; and John Wiens, a freshman in electrical engineering and computer science. Their robot won in the stair climb, weightlifting, and throwing events, as well as the overall championship.

The Mines team will next head to the World ASME Conference in November in Tampa, Florida, to compete against the top teams from other regional ASME E-Fests.