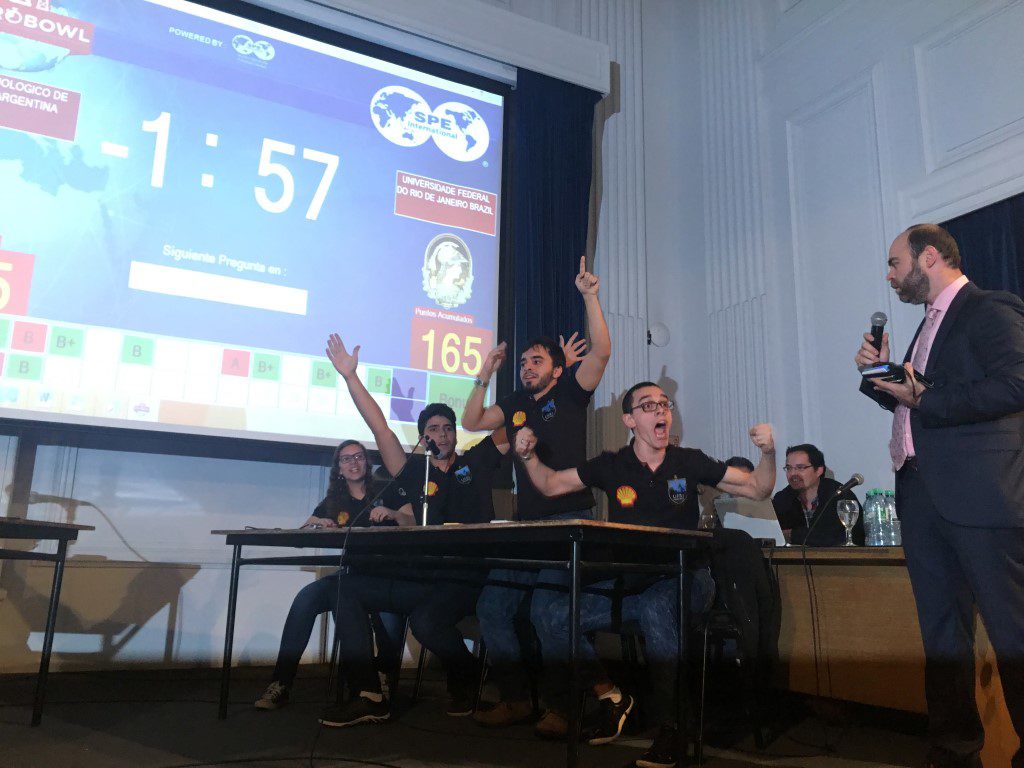 The PetroBowl regional qualifiers for the South America and Caribbean region was held recently and the following six universities won the qualifiers from among the participating 19 teams. The winning teams will advance to the international PetroBowl Championship, which will be held in conjunction with the 2017 SPE Annual Technical Conference and Exhibition (ATCE) in San Antonio, Texas, from 9 to 11 October.

As the current title holder, the UFRJ team was automatically eligible to compete in the championship, but chose to participate in the regionals and came out as winners. Each region is allowed to send up to five teams. With UFRJ, six teams will now represent the South America and Caribbean region in the championship.

Of the 32 places available for the championship (up to five from each of the six SPE regions, and the past champion and runner-up), so far 26 teams have been selected from the Middle East, Africa, North America, Europe, and South America and Caribbean regions. The qualifiers for the Asia Pacific region will be held 25–27 July.