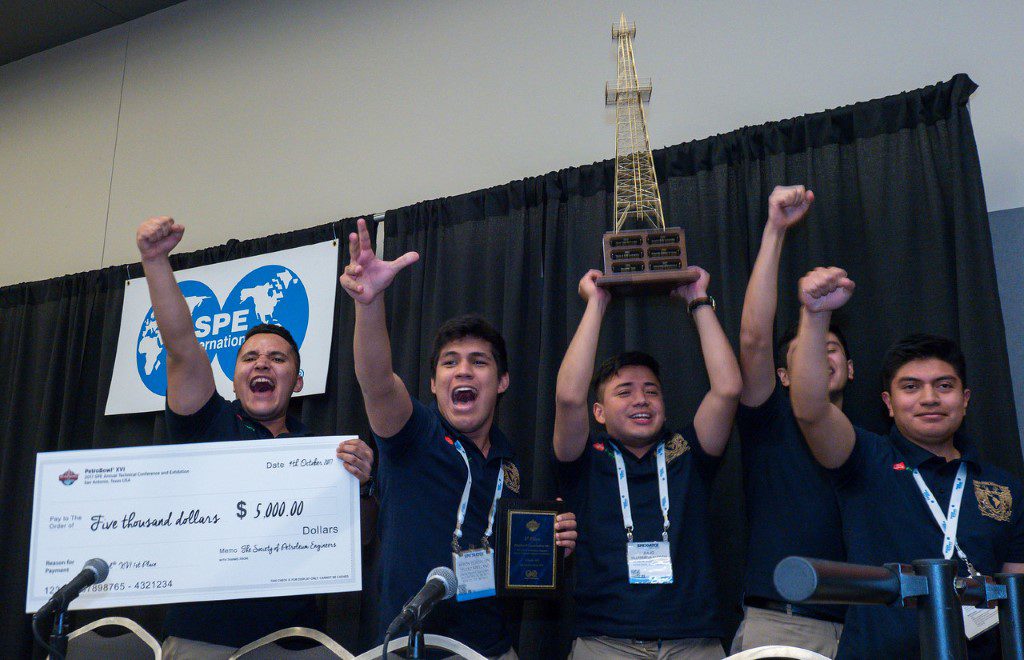 After several rounds of regional qualifiers, 32 SPE student chapter teams from the six SPE regions were selected for the final competition, which was held 9 October during the SPE Annual Technical Conference and Exhibition in San Antonio, Texas.

Sixteen rounds of the quiz, which tests students’ knowledge of petroleum engineering and SPE, narrowed the teams to UNAM and the University of Benin for the final round. 2018 SPE President Darcy Spady moderated the championship round and awarded the trophies to the winners.

Slideshow From the Competition