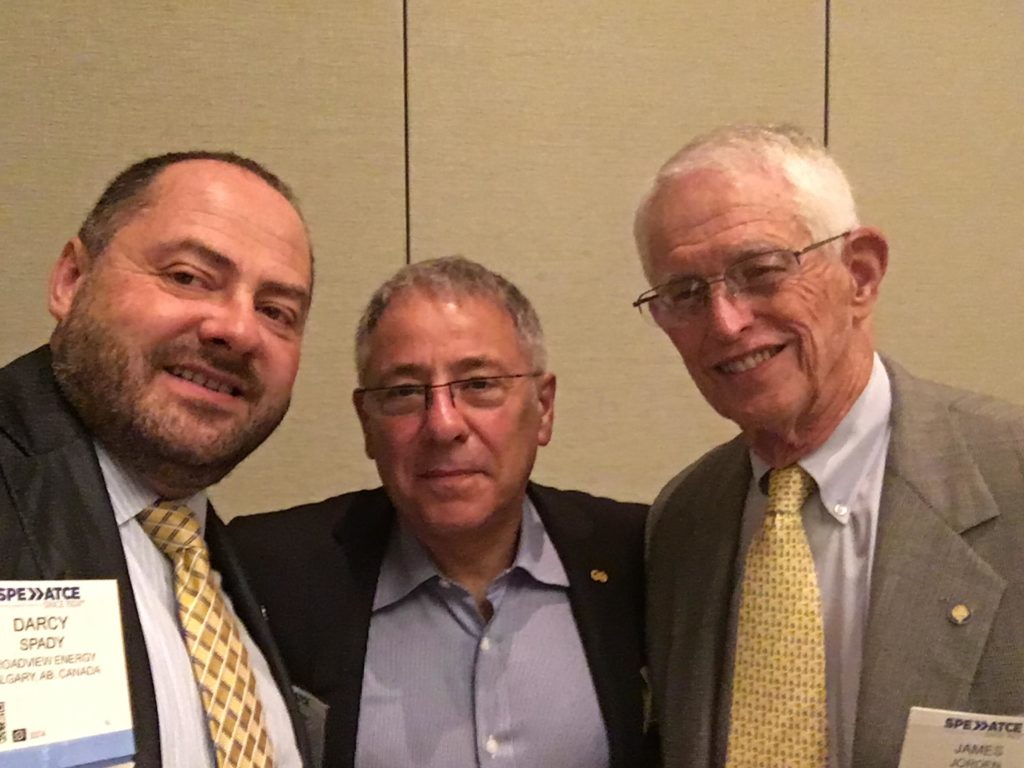 Picture and caption by Jean-Marc Dumas (middle), SPE Director South, Central and East Europe and SPE France Section Founder: "What a picture! Darcy Spady, 2018 SPE President (left), James Jorden, 1984 SPE President (right), and I during the Owls Club Reception and Dinner on Sunday 8 October during the SPE Annual Technical Conference and Exhibition. James was the first SPE President to visit and launch the SPE France section officially, when I founded it in early 1984 with a bunch of SPE believers."