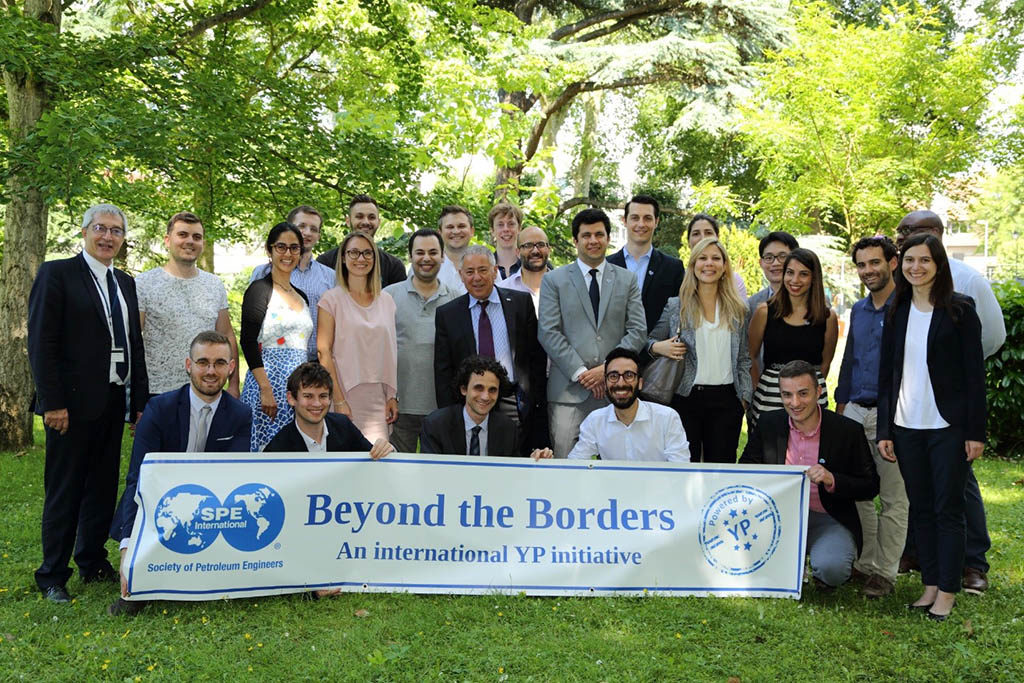 The “Beyond the Borders” young professionals (YPs) initiative from SPE France, Italian, and Romanian Sections was kicked off with a first event held in June in Paris, organized and hosted by the SPE France Section. This initiative aims to contribute to the professional and personal development of the YPs and increase communication and exchanges among sections, by means of a series of 2- to 3-day events with complementary themes, gathering a group of YPs from the participating sections. The events are planned to include activities such as conferences, workshops, visits, inter-generational exchanges with student chapters and more senior professionals, as well as a cultural visit.

Themed “Oil & Gas 4.0,” the Paris Beyond the Borders event gathered more than 20 YPs of 10 nationalities. After a welcome lunch, Day 1 focused on “Digital Transformation,” with case studies presented by speakers from Total, Schlumberger, BHGE, and Dassault Systèmes in a conference format and was followed by a panel discussion. This conference took place at IFP Énergies Nouvelles (formerly French Petroleum Institute) and attracted, in addition to the group of YPs, close to a hundred other participants.

Day 3 started with a cultural visit through the streets of Paris, from the Louvre Museum to the Champs-Élysées and the Eiffel Tower. In the afternoon, the group joined a large-scale event gathering students from the French student chapters. The benefits of becoming a professional member of SPE were discussed with the students and a few YPs presented their early career paths. Throughout the afternoon, the YPs also took part in the student activities, among others, as coaches for the teams participating in the “Reservoir Box Challenge” and as competitors against the students in the Petroquiz.

The event was concluded by 2018 SPE President Darcy Spady, who congratulated the France, Italian, and Romanian sections for the Beyond the Borders initiative, and highlighted the dynamism of the France Section and the South Central and East Europe region sections.

The 2018 program of the Beyond the Borders initiative will continue in September and October with events focusing on “Technical Partnerships” and “International Negotiations” taking place in Bucharest, Romania, and Milan, Italy, respectively.

For more information on the activities of the SPE France section, go to http://www.spefrance.org/home/ or follow us on LinkedIn.

[The article was sourced from the author by TWA Editor Bruno Rivas.]