SPE Section Awards: A Top Recognition for Furthering SPE's Mission in Your Location 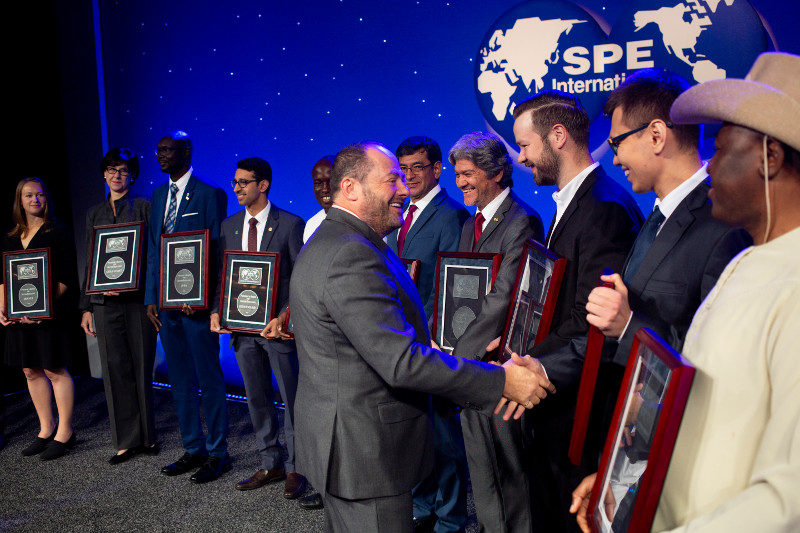 SPE sections are located around the world and provide an operating framework for all major society activities. Sections are semi-autonomous units and self-governing within the framework of SPE policies. Section members elect officers and directors annually. Sections are organized into regions, and each region has representation on the SPE Board of Directors.

The SPE Section Awards program recognizes SPE sections that succeed in fulfilling SPE’s mission by serving local members. The awards honor exemplary efforts in technical knowledge dissemination, operations, member benefits, society and community outreach, innovation, and more. With more than 200 sections around the world, competition is strong each year. Recognition as an award recipient is an honor reserved for top achievers.

Presidential Award for Outstanding Section. Formerly known as President’s Award for Section Excellence, this top award now recognizes the highest-ranked 5% of eligible sections that are exemplary in the scoring categories. Previously the top 10% sections were awarded, but this has been reduced for higher prestige. Awards are presented at the SPE Annual Technical Conference and Exhibition, the Society’s annual meeting.

Each section will demonstrate a different level of activity in the scoring categories below, depending on initiative, size, and resources. To normalize the varying sizes, sections are divided into five size groups according to the section's total paid membership as of 31 December. The size groups are Small, Medium, Large, Mega, and Super Mega. Super Mega consists of sections with membership of 2,000 or greater. The other size groups are evenly divided.

Divisions are predicted to result in up to the following number of awards:

Judging is completed in three rounds by a committee of SPE members sourced through the SPE Volunteer Opportunities portal.

The sections operations, programming, and activities are scored under several categories with the weightage shown below: