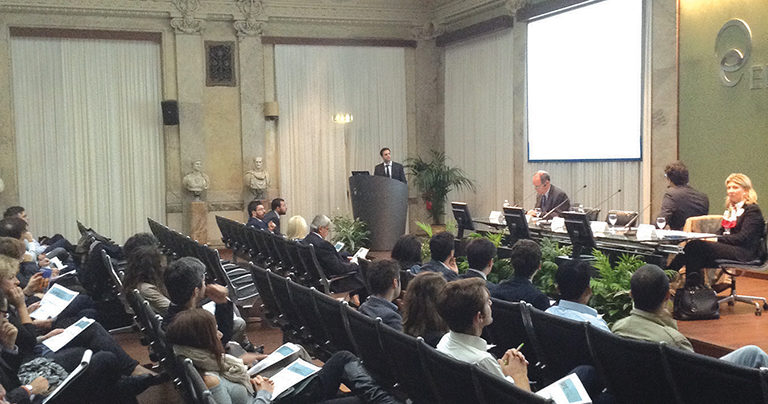 Individual growth and continuous career development of young professionals (YPs) are the key focus areas of the activities promoted by the SPE Italian Section. The 2014–2015 program “Beyond Energy” aligns with this topic and puts the spotlight on satellite topics to the world of oil and gas, emphasizing the need for transition from petroleum to energy engineers.

The YP program covered several aspects important for the future growth of the energy industry, such as energy equilibrium, negotiation, and sustainability, and discussed them in a series of workshops.

The first workshop debated two important aspects of the oil and gas business: geopolitics and energy equilibrium. The speakers discussed the importance of geopolitics, interpreted as the political power of various countries in the geo-space, and the geopolitical issues within the context of shale hydrocarbons.

The second workshop covered petroleum agreements and negotiations. Understanding the basic framework of international petroleum contracts and their recent trends is crucial for understanding the business advantage of tomorrow’s oil and gas industry. The modern form of contracts are very detailed and are aimed at governing the relationship between international oil companies and national oil companies in the most effective way.

Economic, social, and environmental sustainability, which today is accepted as a prerequisite of all projects in the upstream industry, was the focus of the third workshop. The discussion pointed out the role of sustainability in the core business of the oil and gas industry.

Photo: A series of workshops conducted by the Italian Section increased the YPs’ awareness of the industry’s hot topics.