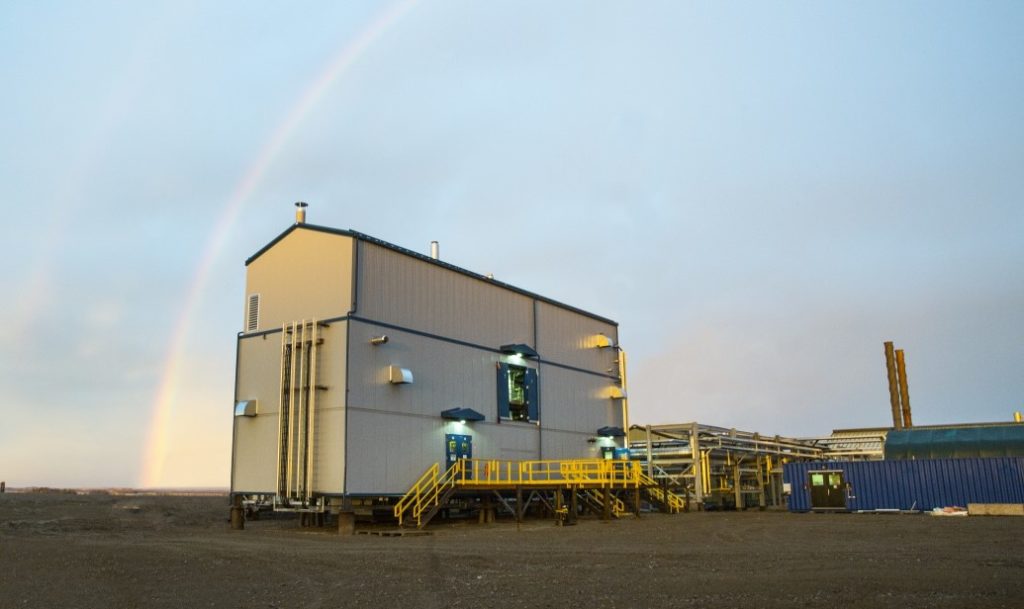 Occidental Petroleum (Oxy) and Total announced this week they are leading a consortium to assess the viability of a commercial-scale carbon-capture facility built specifically for cement operations.

The joint study will evaluate the cost of a facility capable of capturing 725,000 tonnes of CO2 per year from a cement plan in Florence, Colorado. Emissions from the plant, owned by the Swiss multinational company LafargeHolcim, are to be sequestered underground by Oxy. This implies that the Houston-based operator may use the CO2 for its expansive enhanced oil recovery (EOR) projects in Texas.

Rounding out the consortium is Svante, developer of the carbon sequestration technology that will be put to use in the pilot. Founded in 2007 and based in the Vancouver area, Svante says its process can “catch and release” CO2 from a flue gas stream within 60 seconds.

A key enabler is the firm’s solid adsorbent nanomaterial, which allows it to maintain a smaller inventory of material compared with traditional liquid solvents that are commonly used for CO2 scrubbing. A sugar-cube sized amount of the solid nanomaterial has the equivalent surface area of a football field.

The agreement to launch the study is the latest in a string of oil and gas investments made in the area of carbon capture, use, and storage (CCUS). Oxy is participating in the project through its Oxy Low Carbon Ventures group that was formed to help the company expand its core business of hydrocarbon extraction while lowering or offsetting its overall greenhouse gas emissions.

Total said it plans to spend 10% of its annual research and development budget this year on CCUS technology, which it considers essential to curbing worldwide emissions.

In addition to this project, Oxy is funding other low-carbon technologies including a newly opened solar facility. Oxy is working with Canadian startup Carbon Engineering to construct what will be the world’s largest “direct air capture” facility in the Permian Basin. The stated goal of this project is to extract CO2 from the atmosphere and use it to support Oxy’s EOR operations.

Total, Svante, and LafargeHolcim partnered last year on a similar project that seeks to capture carbon from a cement plan in British Colombia, Canada. This project is focused on re-injecting the captured CO2 into concrete.

Svante and Husky Energy completed a 30 ton-per-day demonstration plant last summer at the Pikes Peak South thermal project for an estimated cost of $15 million. Sanctioned in 2012, the project seeks to reduce the carbon intensity of heavy oil extraction and has the potential to expand to cover more of the area’s operations, which support a growing production base of 37,000 B/D.