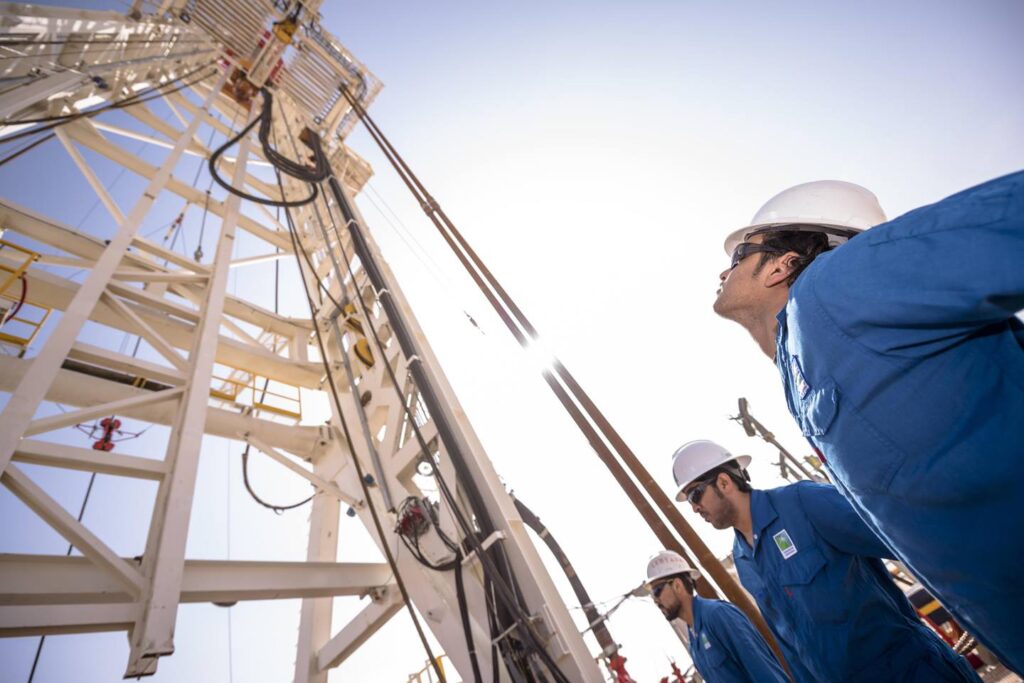 Looking at the topdrive of an onshore drilling rig. Source: Saudi Aramco

Saudi Aramco announced this week the startup of two exploratory fields, one oil and one gas, in the northern region of the country. Saudi Energy Minister Prince Abdulaziz bin Salman shared the news while adding that future drilling plans for the two areas will be needed to better assess their reserves potential.

The Hadabat Al-Hajara gas field found near the Iraqi border is producing about 16 MMscf/D and 1,944 B/D of condensates. The reservoir target there is the al-Sara reservoir.

The nearby Abraq-al-Tulul oil field was said to be an unconventional oil field where 3,000 B/D of crude along with 49 B/D of condensates is being produced. Associated gas production is about 1.1 MMscf/D.

At recent industry conferences, Aramco executives said the company is using a “methodic exploration and appraisal approach” in this region, called North Arabia, which is dominated by tight and porous sandstone channels. The company has also said a production facility in North Arabia was already commissioned to supply gas to its customers.

The production figures from the new finds are small in comparison to the Kingdom’s overall crude production of about 8.5 million B/D (roughly 3.5 million B/D is shut in per this year’s OPEC+ agreement). However, their disclosure underscores one of Aramco’s chief ambitions of the next decade, which is to rapidly increase onshore gas production to supply the country’s electric-generation needs and its expanding petrochemical sector.

New US Oil and Gas Lease Auctions To Begin 26 August

The US Bureau of Land Management’s August auction will be the first since March.

Seeking to become an energy producer, the Middle Eastern country is exploring for natural gas in the Black Sea and the Eastern Mediterranean Sea.