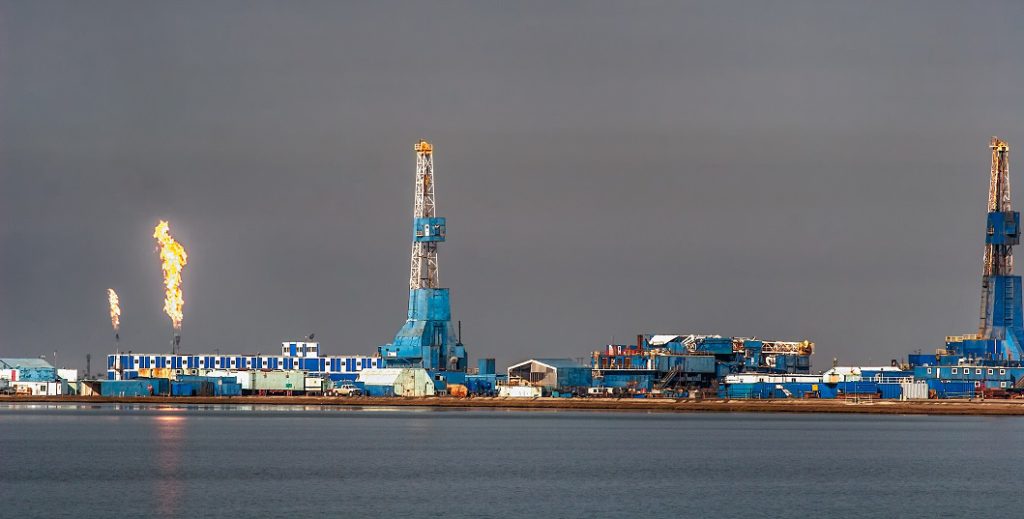 Merger and acquisition (M&A) deals among US exploration and production (E&P) firms amounted to more than $17 billion during the third quarter, according to a report from oil and gas data analytics firm Enverus, formerly Drillinginfo.

The total is near the 2016–2018 historical quarterly average of $19 billion and puts year-to-date M&A at more than $85 billion. The current market is characterized by an increase in private capital, geographical diversity, and a variety of transaction types, including joint ventures (JVs) and royalty deals, said Andrew Dittmar, Enverus senior M&A analyst.

“Most public E&Ps are highly limited in access to external capital right now,” Dittmar said. “Shale companies are turning to deals as another option in the toolbox to bridge the gap to free cash flow and hopefully shift market sentiment back in their favor.”

But the third quarter’s largest deal involved a large private company's purchase of a historic conventional field: Hilcorp bought a stake and operatorship of Prudhoe Bay as part of its $5.6-billion acquisition of BP's Alaska business. Enverus noted that Hilcorp has been “a countercyclical buyer of conventional assets” since exiting an early investment in the Eagle Ford Shale of south Texas. Meanwhile, Alaska pioneer BP is refocusing on shale following its 2018 purchase of BHP Billiton’s US onshore assets.

The next-largest deals in the quarter were a pair of corporate mergers that continued the theme of public shale consolidation but resulted in contrasting investor sentinment. Early in the quarter, Callon Petroleum purchased Carrizo Oil & Gas, a producer in the Eagle Ford and Permian Basin of West Texas and New Mexico, for $3.2 billion in an all equity-debt transaction. The deal has encountered some investor opposition spearheaded by hedge fund Paulson & Co., which specifically cites the deal premium of 25% and the addition of Eagle Ford assets to Callon’s Permian portfolio as points of contention.

In the other move, one between two operators in the DJ Basin of Colorado, PDC Energy acquired SRC Energy in a zero premium stock-and-debt deal for $1.7 billion. In a rarity for E&P deals in this market, both companies’ stock value moved up on the announcement as investors applauded the price and commitment to core DJ Basin operations, Enverus noted.

“There is a broad consensus that corporate consolidation is positive for the industry,” added Dittmar. “While the benefits are there, getting the right deal in place is challenging. Companies that match up on asset fit are needed as well as a low premium to avoid a buyer selloff. Conversely, targets have to be convinced on the long-term upside since an immediate payoff isn’t evident.”

Spears noted that the fourth quarter began with the announcement of Roan Resources being taken private by Citizen Energy Operating, which is an affiliate of private equity firm Warburg Pincus. Roan was formed in 2017 through the combination of Linn Energy’s and Citizen Energy II’s Oklahoma assets. The $1-billion deal consists of 77% debt assumption and 23% cash to shareholders. “We could see other small cap E&Ps with high debt and low share prices take similar buyout offers,” he said.

While some public companies could announce all-stock acquisitions like Callon and PDC did in the third quarter, Enverus said, cash offers will likely need to come from the private market or the largest public companies, which still have large internally generated funds and high, investment grade credit ratings.

There were also a handful of Chapter 11 filings during the third quarter, including Halcon Resources, Sanchez Energy, and Alta Mesa. Thus far, the majority of Chapter 11 filings have ended in a recapitalization with creditors taking control of the company. But there could be a shift to more liquidations via bankruptcy sales processes as some lose patience and see companies going through multiple reorganizations, Enverus said.

The Pennsylvania-based producer will leave Louisiana where profiting from tight-gas fields has proven difficult and focus on its legacy assets in the Marcellus Shale.

Shell and Chevron lead the pack in a slew of Q2 losses with $18.1 billion and $8.3 billion, respectively. ExxonMobil, ConocoPhillips, Royal Dutch Shell, Petrobras, and Repsol also posted losses. The tally of these global majors’ losses in a single quarter tops $30 billion.